May 23, 2019 education, Relationships and Sex Education

A sinister new phase of social engineering has begun:

Befuddled by Brexit, our MPs have nodded through Sex Education changes that groom children into accepting values formed by just 2% of the population, writes Clifford Hill 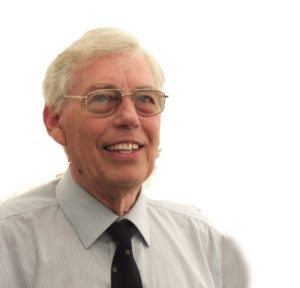 I THOUGHT I WAS BEYOND BEING SHOCKED after many years of ministry and working alongside members of both Houses of Parliament.

But I was actually shocked when attending a meeting of the Lords and Commons Family and Child Protection Group in the House of Commons this April.

Parliament was debating an education bill to amend the regulations for sex education and we were considering a report from members of a subcommittee who had examined the proposals for what was to be taught in primary and secondary schools.

The government had initiated a consultation to give an opportunity for concerned parents to see what was to be taught to their children and to express their views.

But although many responded and a petition supporting parents’ right to pull their children out of RSE lessons attracted over 115,000 signatures, the government took no notice at all. Our blighted Parliament, that has spent endless hours debating Brexit issues, are in such disarray that they have not found anything on which they could all agree. Yet they simply nodded through the Sex Education amendments in total disregard of the views of the public. Only 21 of our 650 MPs voted against the proposals, including respected Christian MPs like Fiona Bruce, who usually stands up for biblical standards.

It is small wonder that increasing numbers of parents have been withdrawing their children from schools where sex education is now dominated by the teaching that homosexual relationships are equivalent to traditional heterosexual marriage.

But far worse is to come from the new content of teaching that Parliament has approved. The process of grooming children into accepting values formed by just 2% of the population who are practising homosexuals starts with five year olds in the primary schools.

The proposals drawn up in the Department of Education were written by civil servants who are committed to promoting LGBT and have been infiltrating the DofE for many years. A whole generation of children are already suffering from the secular humanist assault on their physical, mental, moral and spiritual health, with the result that there has been a steady increase in ‘child on child’ violence (including rape), depression and mental health problems. Now, powerful lobby organisations are behind the civil servants driving this new phase of social engineering against which both children and teachers are powerless to stand.

What really shocked me was when I went online to look at the content of sex education being made available to our teenagers in secondary schools. This gave graphic details of what most parents would consider to be pornographic images and practices.

I really found it unbelievable that this should be included in sex education for schoolchildren that is approved by the Department of Education! I wondered if all the MPs who voted for this pernicious pornography had taken the trouble to go online and examine what was being proposed to pollute the moral and spiritual lives of the nation’s children.

These evil perversions will undoubtedly affect the adult lives of children for many years to come. They will destroy the possibility of normal healthy adolescence leading to good and faithful, lifelong, heterosexual marriage.

The long-term damage to the nation will be immeasurable. We are sacrificing our children on the LGBT altars in the same way as the pagan Canaanites used to throw their children into the fire when worshipping the detestable god Molech. Jeremiah was shocked when he saw the people of Judah doing this in a valley just outside Jerusalem (Jeremiah 7:30-34).

What can parents do? They can exercise parent power! They can write to their children’s school asking for a meeting with the headteacher, because parents have a right to be told the content of the Relationships Education that is to be taught to their children, even in secondary schools.

Had any of our MPs taken the trouble to examine
what was being proposed to pollute the moral and spiritual lives of the
nation’s children?

Parents of primary school children where Sex Education is not compulsory can ask about the school policy. They can then make it clear, preferably in writing and in agreement with other parents, how they will exercise their right to withdraw their children from Sex Education if necessary. If they agree not to withdraw their children, teachers must tell parents what will be taught and notify them of any changes. The most effective action is for a group of parents to agree on combined policy and give notice to the school that they are monitoring what is happening to their children.

Christian parents can at least protect young children in primary schools. Children in secondary schools cannot be protected in the same way, so the obligation is upon parents who can at least ask to see what is being taught and discuss it with their children, teaching them biblical principles of human relationships and moral values. Above all, parents and grandparents should be talking openly with their children, sharing the Gospel with them, and constantly covering them with prayer.

Sex Ed: this is what MPs have voted for