A call to unity

In association with Eurovision Ministries

Whether we are in the EU or not, the same problem exists, that we are no longer a Christian nation. 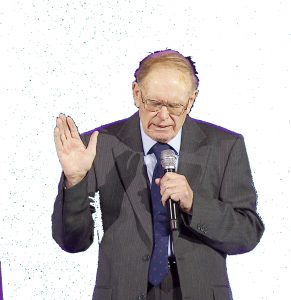 One of the biggest problems in Britain today is the chaotic division which is worse than at any time in recent history.

We are divided politically and culturally, yet face some of the biggest challenges since the last war. Then we were united against a common foe, now we are divided against ourselves.

I believe that the only answer is through prayer and a spiritual awakening. I am the first to agree that solving the questions over Brexit will not bring the nation back to God. Whether we are in the EU or not, the same problem exists: we are no longer a Christian nation.

Since the turn of the century, our laws, which have existed for hundreds of years and set Britain up as a Christian nation, have been overthrown by a minority determined to remove Christianity from every part of nation and culture. Although slower and less definable, this is actually as serious as what happened under communism.

If we want to see the divisions in the nation healed and the nation turn back to God and reject the disobedience to God’s law (which has not been just symptomatic of our national and moral breakdown, but largely has been the cause), where do we begin?

Yes, by increasing in prayer, but I believe that the Word of God is speaking to Bible believers, that unless we return to John 17, we cannot bring healing to a nation of unbelievers!  In that last recorded prayer of Jesus, his prayer is not for the world to be saved, but that the unity of we believers, the Church – his Body – might be the witness to the unbeliever! Not merely the Gospel which we preach, but the unity which we have in Christ! (John 17:21-23).

Then why are we so divided? It has been suggested that more wars have been fought over religious issues, than political! Yes, we do have some unity, but too many divisions through cultural differences. For example; we ‘whites’ took the Gospel to Africa and the Colonies, now it’s ‘payback’. We need you to evangelise us, because we aren’t doing it!

Our nation is totally divided, our democracy in ruins and people in despair. We lack strong leadership;  this is why the Bible says, “Where there is no vision the people perish”! This is the reason why we need, not only in the government, but also in the Church a strong leadership with a clear vision. 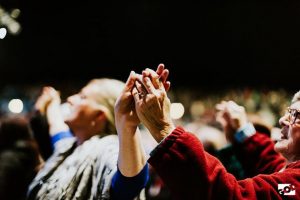 Even the politicians recognise that Britain needs to be healed – but I don’t believe that politicians alone can achieve this. Historically, we have been delivered by the preaching of the Gospel and prayer. The preaching of the Gospel under John and Charles Wesley saved us from the French Revolution – Rees Howells’ day and night intercessions and the Seven War Days of Prayer called by the King saved us in WWII.

One of the greatest miracles of this generation that I have seen is the transformation in former communist Ukraine. It was a Ukrainian born Premier of Russia, Khrushchev, who declared that he would destroy Christianity and show the last living Christian on TV as proof that Christianity was eliminated from the Soviet Empire!

Today Ukraine is unique in that we have brought every Christian denomination together in a National Day of Prayer for four consecutive years, where the leaders of the denominations are the ones who humble themselves before, not only the 10,000 people in the arena, but the whole nation on TV. This in a former totally atheistic nation!

How does it happen in Ukraine? Because when I invite them to participate, I make a clear declaration: “If you want to be part of this unity, you must agree that the only authority in the Church is the Word of God and the only way of salvation is in the name of Jesus!”

When the President (Poroshenko) and the government saw what had happened, they not only supported, but joined us in reading the Bible and praying!

If this is to happen in Britain, firstly we must repent of our differences, yes and persecutions, by uniting in a great prayer meeting. That is why I have rented the SSE Arena in Wembley for a united Day of Prayer on Saturday 31 August when we can show a divided, hurting nation, what unity is. But we must do it the way that Jesus indicated.

I weep because, until we do, that prayer of Jesus cannot be answered. Unity and healing will not come in Britain until we, the Body of Christ, show how!