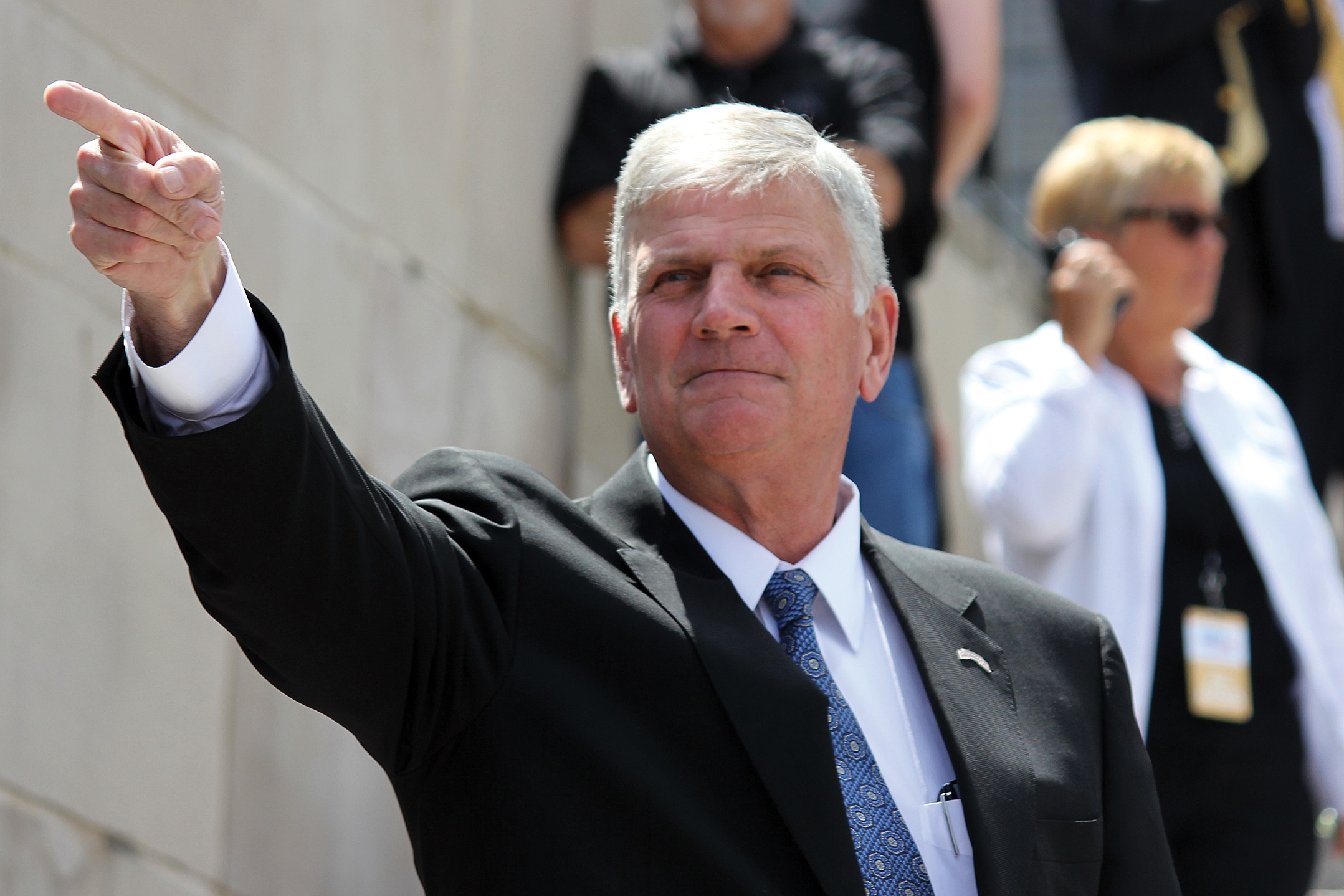 A number of MPs have raised concern about his visit to Blackpool, fearing he will repeat previous statements condemning homosexuality and Islam.

But speaking to Premier earlier this year, Rev Graham said: “I’m not coming to preach hate, I’m here to preach about a saviour – Jesus Christ who can make a difference in our lives if we put our faith and trust in him.”

Church leaders were seeking a meeting with Blackpool Transport as we went to press. They have urged Christians not to complain or comment on social media, but to pray.

Blackpool Transport claimed that the adverts, which included the simple words ‘Time for Hope!’, and the date, 21-23 September,  had “resulted in heightened tension” and it was pulling them as it is “a proud ongoing supporter of the Pride and LGBT+ communities”.

In protest at Rev Graham’s booking at the Winter Gardens, Blackpool Pride cancelled its two-day festival at the same venue, held in June.

MPs Gordon Marsden and Paul Maynard also urged then-Home Secretary Amber Rudd to investigate whether Rev Graham should be denied a visa. This despite his late father, Billy Graham, preaching to packed houses at the Winter Gardens in 1982.

Local church leaders described the ban as “astonishing” and accused Blackpool Transport of “what appears to be a potential bias against Christians”.

“I’m sorry that some see hope as offensive,” Rev Graham wrote on Facebook, “but I can assure you that tens of thousands of people in Blackpool and across the United Kingdom are searching for hope. Sex, drugs, money, even religion – none of these are the answer. I’m coming to share… that there is One who can give you hope… his name is Jesus Christ!”

Franklin Graham has led evangelism events across the world in his role as president of the Billy Graham Evangelistic Association.

He’s also reached millions of people through his aid work with the charity Samaritan’s Purse.