“God showed me I was full of shame, broken and dirty” 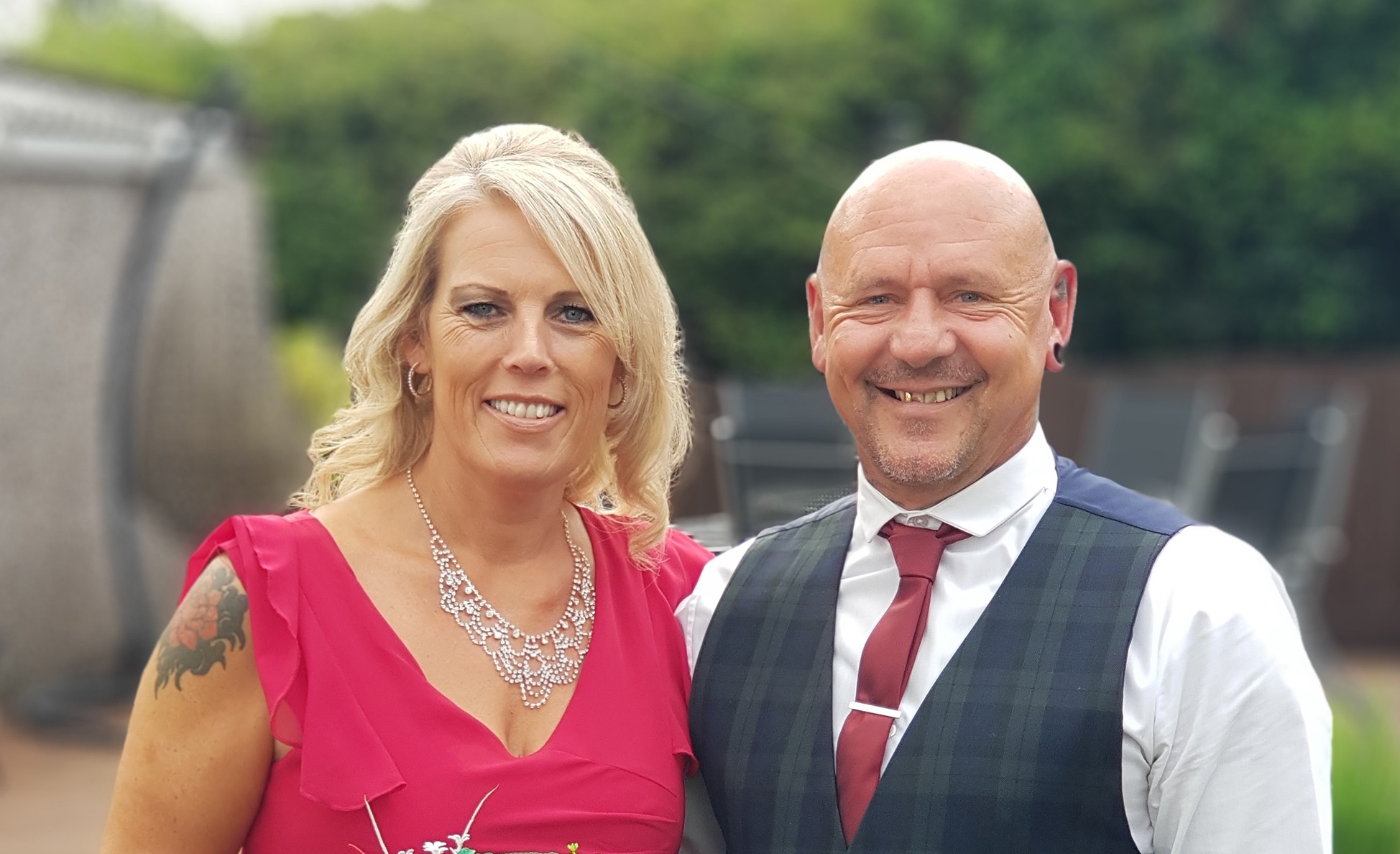 THE HORROR of being sexually abused 1,000 times by a stranger as a child and tortured by school bullies no longer haunts Graham Swann.

The tattoo artist is free from the pain of his past, when he turned to gangland violence, alcohol and drugs in a hopeless, angry attempt to mask the pain from what happened. He ended up in prison and then lived on the streets.

Even when he found his wife Rachel later, and had his own children, a successful business, home and a car, he was still angry and dependent on alcohol.

For Graham, change only happened when he told a man everything that happened, forgave his abusers and asked for forgiveness for his own ‘dark and disgusting stuff’. The man who listened to this confession, and helped Graham find freedom, is Jesus Christ.

Graham, aged 53, known as ‘Swanny’ to his friends, is an evangelist based at Beacon Christian Centre in Loughborough. He shares his life story in prisons and other churches, and he’s also written an autobiography, called ‘Prison without Bars’.

That story began when he was brought up on a council estate with his brother and parents.

Graham said: “Both parents loved us. They got by, like everyone else. But my brother got into trouble and was put into the care system (in the 1970s, people were put into care quickly). I got it into my head that I wasn’t loved any more.

“When I was 10 years old, I started being bullied at school. Older lads tortured me in woodland. They tied me up, whipped me, beat me with sticks, cut my genitals and pulled my toenails out with pliers.”

One day, Graham was running through the estate, trying to escape the school bullies. A stranger beckoned him towards his house, away from the trouble. The boy went inside the home, the door closed and the man, a paedophile, sexually assaulted him for the first time.

By the time he was 13, Graham estimates that he was sexually abused some 1,000 times by the man, who is now dead. His life was wedged between bullying by school boys and sexual abuse by the stranger.

“I lost weight, worrying about what would happen to me after school. The teachers called me thick. I was so full of fear.”

Things changed when an older boy saw one of the bullies hit Graham. He stepped in to defend the youngster.

Graham was awed by the realisation that it was possible to overcome the torturers. He turned to violence himself as an escape from his inner pain. The teen began hanging out with violent men and took excessive drugs and alcohol. He went to a young offenders institution and by the time he was 19, he was in prison.

“When you are broken like that, you try to find a path. I had relied on alcohol from a very early age because it released the pain for a few hours. It’s power from the world, but not from God. I was full of shame, guilt and fear and that drove me to the devil more. I was emotionally trapped in an inner prison.”

Meeting his future wife Rachel was a big change for Graham, who already had children from a previous relationship. His life changed from hanging out with alcoholics on the streets to having his own wife, kids, home and successful business.

He began planning his suicide

Despite now being a wealthy businessman, husband and father, Graham was still an angry and depressed man with a weakness for alcohol and lots of self-pity. By the time he was 40, Graham decided that his wife and children would celebrate if he died. So he began planning his suicide.

Then he met an American man in a pub one day, through a mutual friend. He was struck by how peaceful the man seemed and asked him why. The visitor told him that he was full of the Holy Spirit because of Jesus Christ.

The American also told him that God had revealed to him that Graham had been sexually abused and that he was planning suicide. Graham responded by telling the man he was a liar. The American’s response: “My God doesn’t lie.”

Graham recalls: “I decided to go to church with him. And for the first time in my life I stopped looking at everyone else. I asked forgiveness from God for everything. There was so much pain in me. God showed me I was full of shame, and I was broken and dirty.

“I told my wife Rachel that I had become a Christian. ‘What’s that?’ she asked and I said I didn’t know but I am one. Then I told my wife everything about my past. And then my wife told me she loved me more than ever.”

Graham has now found an inner freedom by giving his heart to Jesus Christ. He understands that God loves him.

“We have to reach out our hand, touch his prayer shawl and he heals us”

“Jesus cleans the inner mess of the soul. Everybody’s a mess inside their souls. We have to reach out our hand, touch his prayer shawl and he heals us.”

Graham has a special message to those in prison:

“Most people in prison are there because there is so much pain inside them, it is driving them to get angry.

“A lot of people complain, blaming other people, parents, society. If they truly look inside themselves and see the pain they are causing they would have sorrow that they’re not right with God.

“God won’t forgive us unless we forgive others. His power, the same power that lifted Jesus from the dead, now lives in me. ‘The Son has set us free’, as the Bible says.

“Troubles don’t go but the truth is that when get serious and ask him to forgive us, if we allow him to pierce our soul and what is going on inside, we can live in a place of deep joy, self-control, kindness and gentleness.”