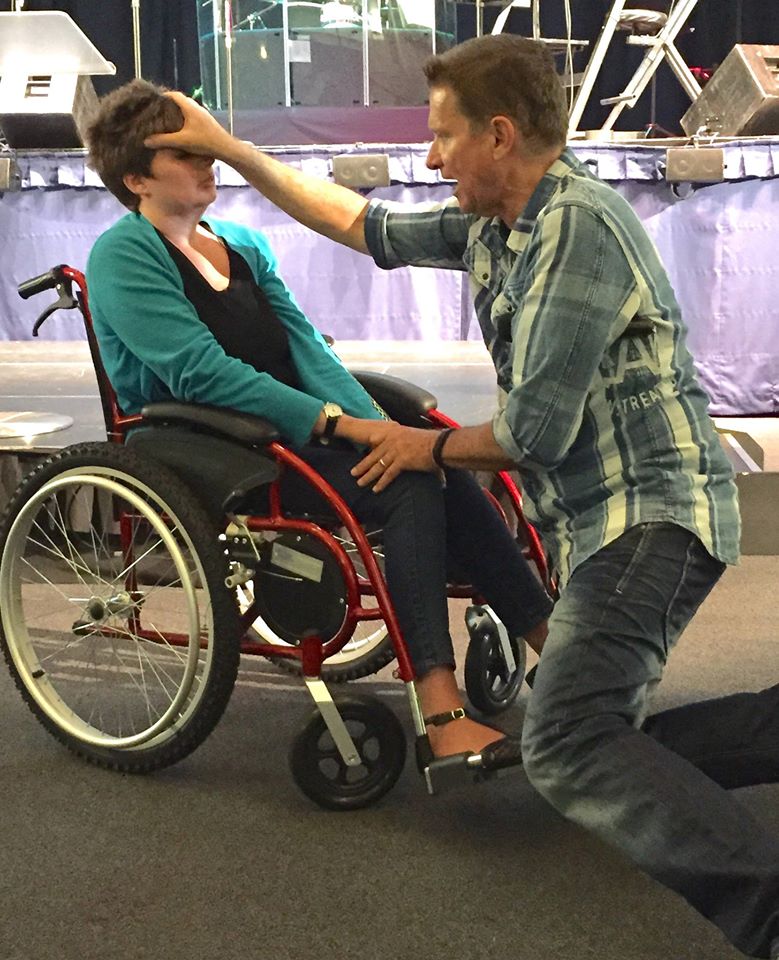 WONDERFUL HEALING TESTIMONIES have been told following visits to churches across Britain by an international healing evangelist with a powerful ministry received from the Lord.

Australian John Mellor, an ordained Pastor with Christian Outreach Centre, and his wife Julie preached and prayed for people in churches including Worthing, Bath, Pontypool, and Abergavenny during September.

Janice, wheelchair bound from a crippling degenerative spine, also went to the meeting in Bath City Church, received prayers and was then healed.

John Mellor said: “She couldn’t walk unaided, however with each prayer in Jesus’ name, more pain left, feeling and strength returned until she could stand up, take her own weight, then walk unaided totally pain free, crying with shock & relief! She waved her wheelchair goodbye and danced a jig of delight, her initial discouragement turning into joy.”

At Coastlands Church in Worthing, assault victim Kristopher felt ‘invisible fingers’ on his head from where it had been smashed during a thug attack eight years ago which left skull fragments stuck in his brain. He had lost memories of his dear dead mother but they poignantly returned following prayer and he found his mind cleared again.

In Pontypool, Wales, a woman called Julie had suffered from Raynaud’s Syndrome for 17 years which meant she felt non-stop cold and she also had arthritic pain in the spine. She received prayer and later testified to needing to open the window up at home because she felt so warm.

Cynthia had suffered from pain with arthritis and spondylitis in her back, lower joints and hips since taking a nasty tumble in 1964. She had 14 unsuccessful operations but after prayer at Gateway Church in Abergavenny, ‘Jesus helped set her free in a moment’, John Mellor said. Find out more about his ministry: www.johnmellor.org