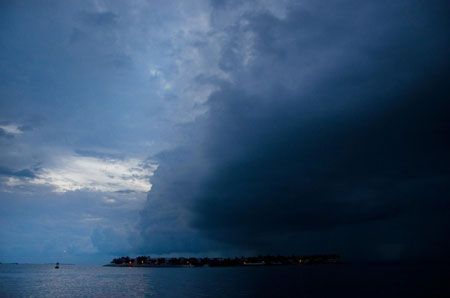 Steve Chalke has caused a storm with his admission

Chalke flies in face of convention

STEVE CHALKE, for many years a household name in evangelical circles, has caused a storm with his admission that he now thinks committed same-sex relationships are acceptable.

Mr Chalke told Radio 4 listeners of the “pastoral scandal” of homosexual people feeling unacceptable in churches: “I’d had thousands of letters from people saying they’d been rejected and thrown out of churches when they went with a pastoral need.”

It was also announced that he has officiated at a blessing for a same sex partnership of a leader in his own church in South London.  He said, “My supporters called it courageous and compassionate”.

Mr Chalke is the founder of Oasis, a charity  which has an income of £100million a year, runs several UK academies and is involved in anti-trafficking work and community development worldwide.
His disclosure was first published as an article for ‘Christianity’ magazine, which prompted a rapid response from the Evangelical Alliance (EA), the main umbrella organisation for Bible-believing churches. The EA has voiced “disappointment” that Steve Chalke has “not only distanced himself from the vast majority of the evangelical community here in the UK, but indeed from the Church across the world and 2,000 years of biblical interpretation.”

Similarly theologian Greg Downes examined the Bible’s view of homosexuality at length in the same issue of ‘Christianity’ and concluded: “Since the scriptures are crystal clear on the issue, my fear is that any shift to embrace this new interpretation is nothing short of a denial of the authority of the Bible itself.”

In justifying his revised opinions, Mr Chalke points out that most Christians now regard the New Testament’s instructions on women and slavery to be largely cultural, concluding that we should take the same principle and “apply it to our understanding of permanent, faithful, homosexual relationships”.

Mr Chalke has expressed his gratitude that the vast majority of comments in response to his article have been “respectful and dignified”. The Evangelical Alliance also issued a reminder that “Jesus requires us to disagree without being disagreeable. We must listen honestly and carefully to one another, being courteous and generous.”