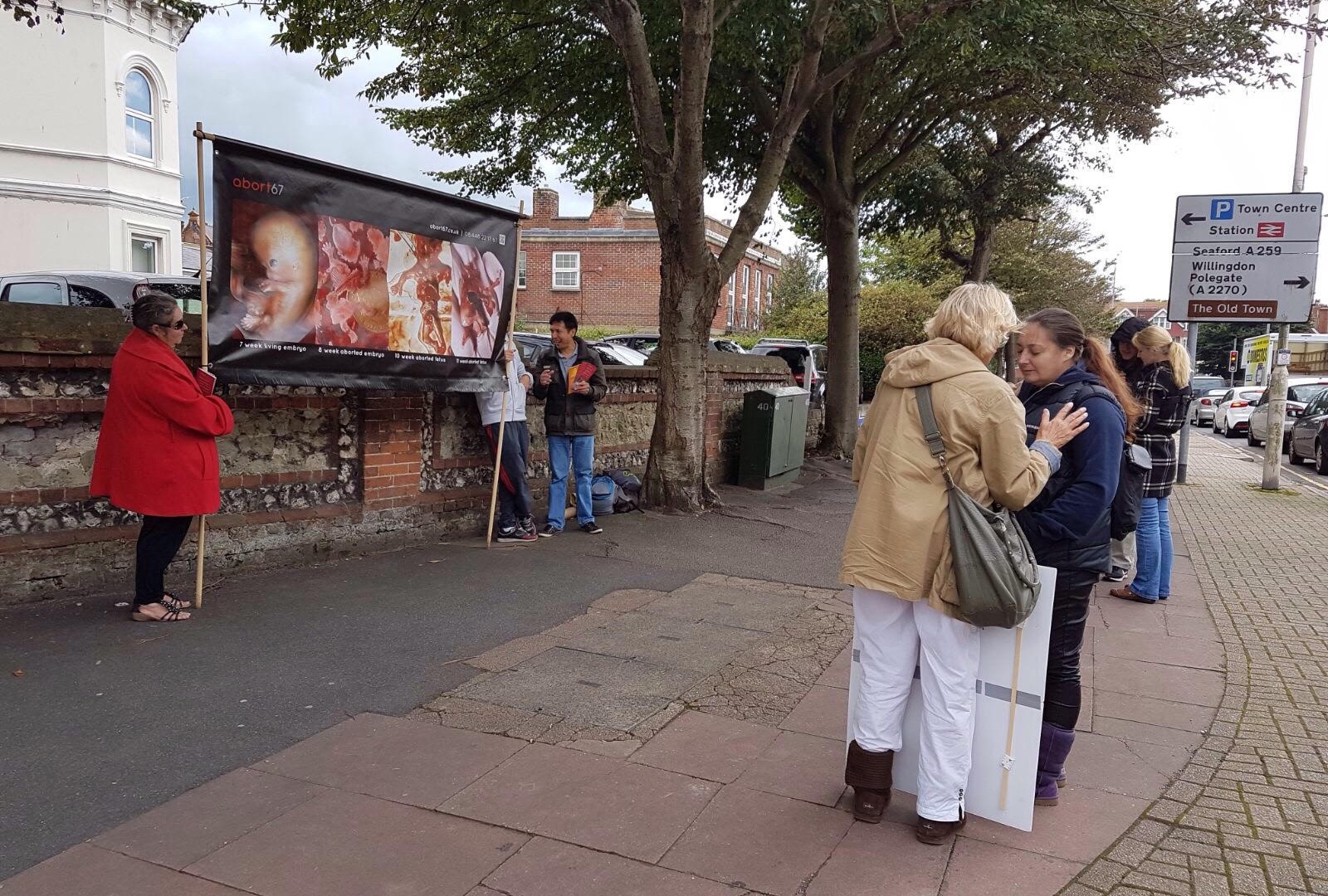 Of the 200,000 abortions carried out in the UK each year,
489 were performed in Eastbourne
in 2016 according to Department of Health statistics.

Susie Molina from Hastings, who led the display on 14 September, explained, “The public needs to know the truth about what abortion does to the unborn child. Abortion providers work hard to keep this covered up and are angered when we expose it. If abortion is so hard to look at, then why do we tolerate it?”

Many pedestrians stopped to speak to members of the team, sharing their own views and stories as well as asking important questions. Susie said: “Most people had previously been completely unaware of the humanity of the unborn child and the inhumanity of abortion.”

Abort67 is planning more displays for Eastbourne and other locations around the UK.

Susie added: “The Church really needs to wake up to its responsibility of speaking out for the most vulnerable and defenceless in society, as well as offering help to all those affected by abortion.”