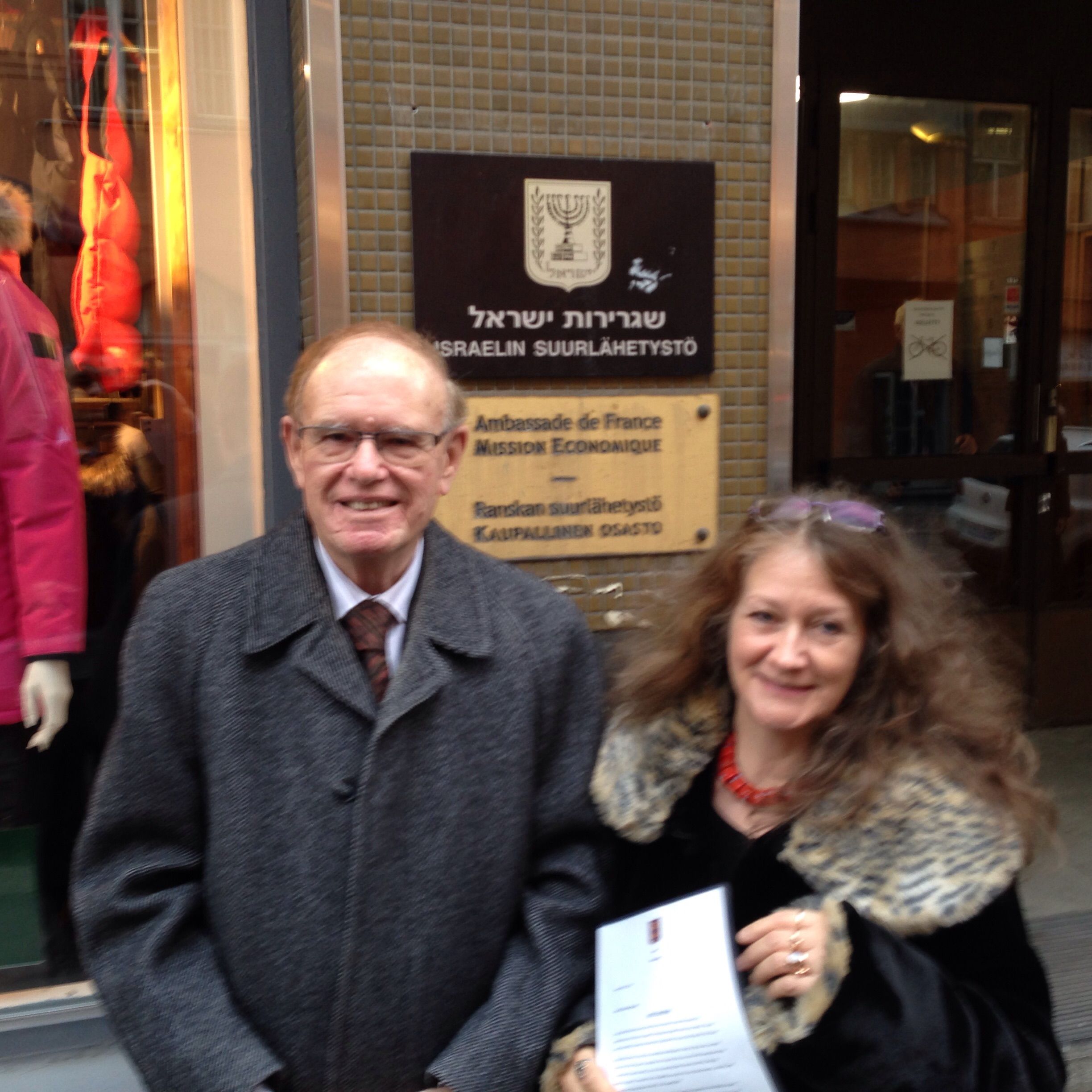 On 19 November, evangelist David Hathaway flew especially to Helsinki to meet the Israeli ambassador there.

But David was not in trouble!  His Excellency presented Evangelist David Hathaway with a letter of gratitude from the Israeli Government, signed by the Deputy Speaker of the Knesset and the Director of the ‘Empowering Israel’ caucus, to thank him for his work in Israel over the last five years with Holocaust survivors from the former Soviet Union, especially in view of the ‘aggravation of the military situation in the Middle East and humanitarian catastrophe threatening the entire nation of Israel’. The letter begs him to continue this work in 2015.