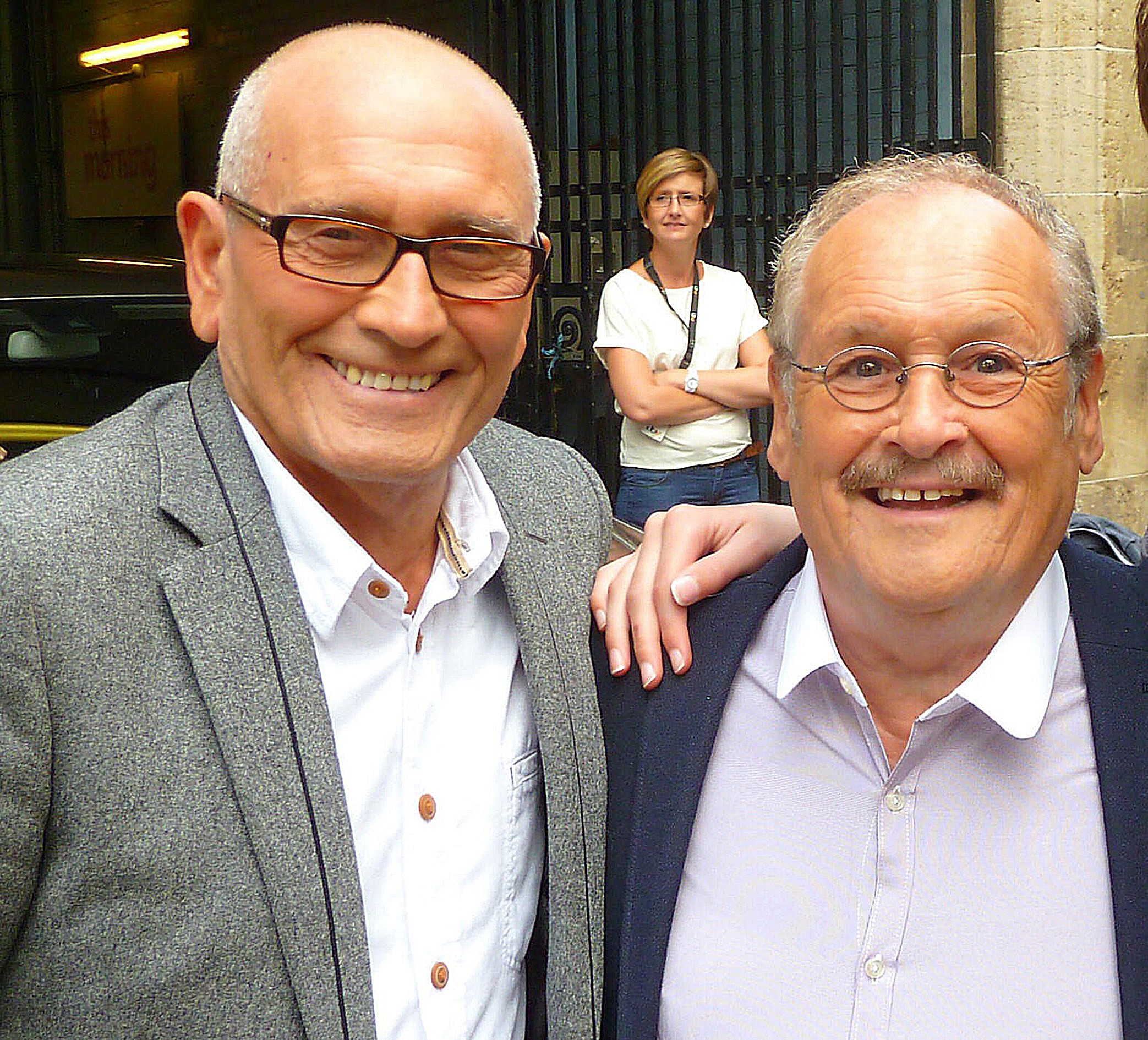 “When my time comes to leave this wonderful world, I can go to God in the knowledge that at least I tried” said the irrepressible comedian loved by millions

COMEDY legend Bobby Ball once thought he had everything in this life, but soon realised he had nothing of eternal value.

The former tractor welder from Oldham died aged 76 on 28 October after going into hospital with a chest infection and testing positive for coronavirus. Only three weeks earlier, he was performing alongside his two sons and comedy partner Tommy Cannon.

Bobby formed comedy act Cannon and Ball with pal Tommy in the 1960s, and by 1979 the duo had their own highly popular Saturday night TV show that ran for 11 series. In later years, Bobby also starred in several TV series including ‘Not Going Out’, ‘Last of the Summer Wine’, ‘Benidorm’ and ‘Heartbeat’.

At the height of his fame in the early 1980s, Bobby realised that he had all the success and wealth he wanted, but felt empty inside.

According to his biography, he “had everything, and yet had nothing”. He started to drink heavily, was womanising and even getting into fights. “I was not a nice man to be with, in fact I felt dirty and knew I needed forgiveness,” he recalled.

“I was not a nice man to be with, in fact I felt dirty and knew I needed forgiveness”

In 1986 at a Christmas pantomime in Bradford, Bobby met old friend Max Wigley, the theatre chaplain. “He asked to go drinking with me after the show!” Bobby recalled later, in an interview broadcast on Radio 4 after his passing.

Max  talked about Jesus, and Bobby came to believe that God was real. One day, he asked Jesus into his life, and soon God began to change him. So much so, that just two months later his wife Yvonne also became a Christian.

Tommy Cannon resisted for some years, but in 1992 he and wife Hazel both became Christians at a church service.

The duo lent their comedy skills to church events

In the following years, the duo lent their comedy skills to church events, often talking about their faith in God in shows called ‘An Evening with Cannon and Ball’.

In a 2014 interview with Northern Life, Bobby was asked what impact Christianity had made on his life. He replied: “Being a Christian? It doesn’t have an impact. It gives you a new life. It doesn’t impact it, it turns it totally around.”

In his book ‘My Life’, Bobby wrote a prayer which ended: “So I shall try each day to become a better human being and, when my time comes to leave this wonderful world, I can go to God in the knowledge that at least
I tried.”