BIBLES IN LOCAL LANGUAGES LEAD TO MANY NEW CHRISTIANS 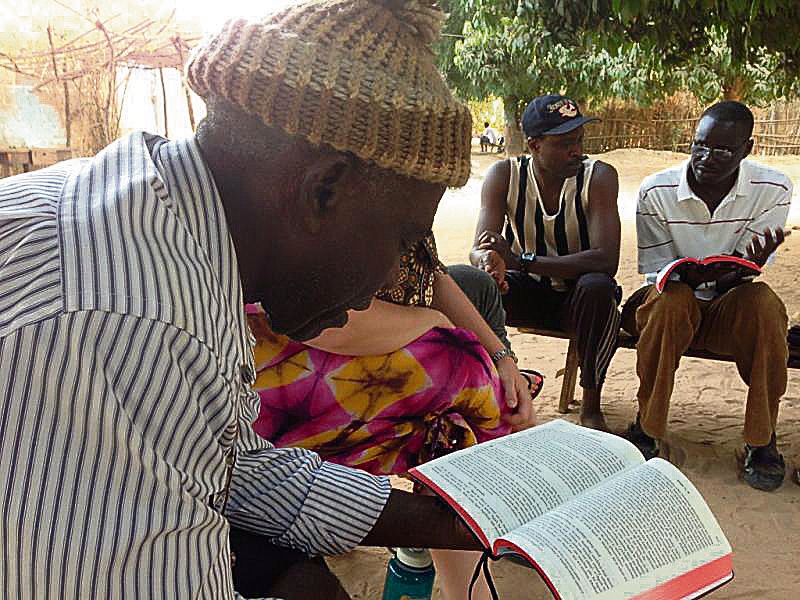 Former publisher and staff member of Bible Society Ed Harding of Waterlooville has recently visited  Kenya and through knowing Steve Stevens, a founder of MAF, together they wanted to raise money for Bibles for unreached/marginalised  tribal groups in North Kenya  who have never heard the gospel, ever.

Following the last article in HEART of Sussex 1,050 Bibles in local languages were distributed, leading to 3,500 new believers.

Bishop Andrew Ouma, Chairman of the mission to what the Kenyan government call marginalised people groups, reported that what they all asked for was not food or clothing but Bibles in their own language.

Because they are nomadic tribes they travel all year with their cattle except in the rainy season when the grass grows, so they come together then and can be reached easily. Many are literate and because they don’t have electricity and therefore the distraction of TV and the internet, they really value their Bibles and read them as they travel around with their cattle.

Bibles are now the main means of evangelism so it’s very fruitful and cost effective.

A tribal language Bible costs £7 and it’s possible to send even quite small amounts to Kenya by Western Union, costing just £2.90 to send say £50, which would buy seven  Bibles. Those seven Bibles could lead to over 20 new believers.

“Many newsagents have the yellow WESTERN UNION sign outside. You get a set of numbers to email to the recipient who then takes them to the Western Union in Kenya to collect the money in Kenyan shillings, so you could either email Bishop Andrew Ouma at revandrewouma@yahoo.com or if easier email edharding@mybroadbandmail.com who will pass them on. Sometimes there’s a security question and you have to email the answer too, but it’s all very easy to do.”

Could you do that as part of your giving the Gospel to the unreached/marginalised tribal groups of north Kenya in 2015?