Bible prophecy is now literally at the door 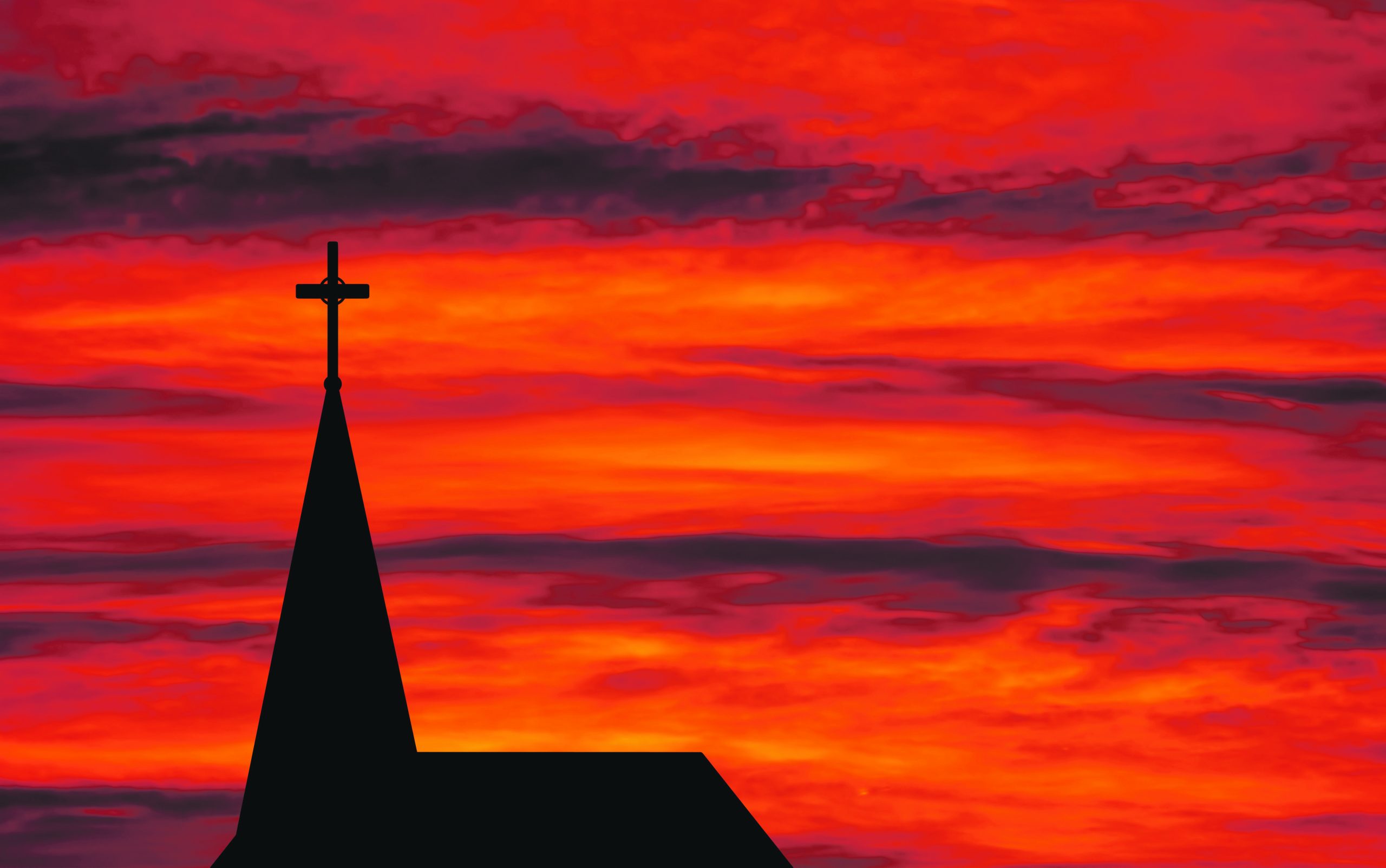 It’s time to wake up, says Keith Malcomson, a church pastor whose online videos on the ‘Great Reset’ went viral

On Wednesday 3 June 2020, while most of us were preoccupied with a pandemic, a looming global depression, and race riots, the World Economic Forum (WEF) hosted, and then quietly announced, their Great Reset initiative.

This virtual online announcement was made by Prince Charles and Professor Klaus Schwab, the WEF’s German founder.

They were initiating and implementing a very well organised plan

The leaders of the UN and IMF were among the luminaries who made speeches. An advert depicted the pressing of a red ‘reset’ button as the answer to all the world’s problems, from climate change, to the economy, to pandemics.

In pushing the reset button they were implying that they were initiating and implementing a very well organised plan called the Fourth Industrial Revolution (4IR).

Schwab activated his network of 10,000 ‘Global Shapers’ in 428 cities across 148 countries

At the same time Schwab released his book, ‘Covid 19: The Great Reset’, setting out the schedule of how this virus would continue interrupting life for the next two years. He also activated his network of 10,000 ‘Global Shapers’ in 428 cities (hubs) across 148 countries, for the purpose of implementing this planned remedy.

The Lord spoke to me: “If you delay one more week in going public, it will be too late”

When I first heard of this and read up on it in early July, I realised that Covid-19 was a smokescreen for something extremely sinister. At the beginning of August I taught and warned our local church but resisted inner prompts to go public.

But in early October the Lord spoke to me and said, “If you delay one more week in going public it will be too late.”

And so I released the first of four videos exposing the Great Reset. Less than two weeks later, the subject hit world headlines and my videos went viral. Sinners, backsliders, and new converts have been contacting me weekly and daily since then. If I had delayed just one week I truly would have missed something very important.

The 4IR was publicly unveiled at Davos in January 2016, when Joe Biden, then Vice-President, was the keynote speaker. Schwab released his companion book, ‘The Fourth Industrial Revolution’, with a clear definition of its aim: “It is characterised by a fusion of technologies that is blurring the lines between the physical, digital, and biological spheres.”

It is a plan to merge technology with humans. “It will happen fast, at breathtaking speed, like a tsunami; everything will be digitalised.”

This is “a technological revolution that will fundamentally alter the way we live, work, and relate to one another. In its scale, scope, and complexity, the transformation will be unlike anything humankind has experienced before…”

In the UK, Matt Hancock, as Secretary of State for Health and Social Care, has been its biggest supporter and promoter, as well as a keen follower of Schwab. Hancock’s lecture on the 4IR given to the All-Party Parliamentary Group on 16 October 2017, when he was Minister for Digital, Culture and Sport, can be found on the official UK government website as well as details of the globalist, 17-point plan, called Agenda 2030. The government is also determined to be a “world leader” in 5G, the radically new phone technology.

After Hancock spoke at Davos in January 2018 on “Reimagining policy making for the Fourth Industrial Revolution”, it is no surprise that climate change suddenly became the driving force of PM Boris Johnson’s government policy during 2020. We are promised a Green industrial revolution in Britain that will make it the “world leader” in creating Green jobs nationally, moulding the education curriculum to this end, banning all diesel and petrol cars by 2030, and making London the centre of global Green finance.

I believe the Green agenda is a Trojan horse to bring in the 4IR and to digitalise everything; it is usefully endorsed by Prince Charles, who seems to have sincerely believed in the sustainable Green agenda for decades.

The Great Reset and the 4IR will bring about a new political system. The WEF website announced in July 2020 that “the Great Reset…means that capitalism and socialism will need to merge to create a productive and inclusive economic and social model…Wealth has become abundant, thanks to capitalism, but it now needs to be more broadly redistributed, as socialists have long called for.”

Since 2016 the WEF has repeatedly used the phrase, “Build back better”. The explanation came in July 2020: “To build back better, we must reinvent capitalism. Here’s how.”

This slogan has swept the political world in the past year. Schwab writes of making national governments mere regional administrators, and making nation-states servants to global institutions ruled by a rich business elite. Speaking at the World Government Forum, he called it “Government 4.0”.

Secondly, the 4IR will bring in a new economic system. Since 2008 the world’s economy has been on life support. By the end of 2019 the world’s total debt had increased by 40% to $253 trillion. This pandemic with its unnecessary, prolonged lockdown will be blamed for the coming financial crisis.

Schwab has said: “The global economic catastrophe that we are now confronting…is unparalleled in history.” He also opined: “If this goes on for a long time, it’s certainly going to be the mother of all financial crises.”

And, “History shows that epidemics have been the great resetter of countries’ economies and social fabric. Why should it be different with Covid-19?”

Since 2008 the world’s economy has been on life support

They admit that they know that the longer the shutdowns last, the greater the economic damage. We are watching a manufactured financial crisis which will usher in a global digital economy. This new economic system will be used to usher in the new political system: it is a fascist economic coup!

Transhumanism – altering the human being 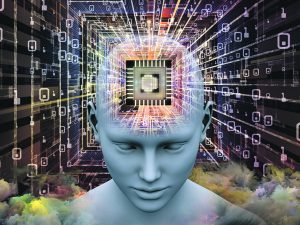 Thirdly, the 4IR will usher in a new humanity and civilisation. In his 2016 book on the 4IR, Schwab detailed 23 deep shifts that will take place.

‘Shift one’ was “implantable technologies” with the first implantable smartphone becoming commercial by 2025. Shift 22 was “Designer beings” through altering the DNA of embryos and editing their genome.

In his 2018 book, ‘Shaping the future of the Fourth Industrial Revolution – a guide to building a better world’, the fifth section was on “Altering the human being.” Schwab wrote: “The 4IR technologies will not stop at becoming a part of the physical world around us—they will become a part of us.”

Schwab is a self-confessed transhumanist, borrowing the term from a 1957 article by Julian Huxley. As the First Director-General of UNESCO, the United Nations Educational, Scientific, and Cultural Organisation, Julian Huxley promoted eugenics, birth control, abortion, euthanasia, homosexuality, world government, and the idea of deliberate, ‘designer’ evolution through technology. Huxley called this transhumanism.

As it happens, Julian Huxley’s grandfather was Thomas Huxley, nicknamed Darwin’s ‘bulldog’, who pushed Darwin to publish his works on evolution. And Julian Huxley’s brother, Aldous, published ‘Brave New World’, in 1932. This futuristic novel is set in London under a world-state (dictatorship) which has divided the earth into ten regional zones, with a united Europe being just one of them. It is all overseen by ten world controllers who use cloning, mind control through drugs, entertainment and free sex to occupy people.

The prophecies of the Bible reveal that a new one-world government will suddenly arise at the end of the age ruled over by ten world leaders. (Daniel 2:33, 41; 7:24; Revelation17:12-13)

These ten leaders will try to unite two different forms of government, one weak and the other strong, but without success. (Daniel 2:40-44)

A leader will arise out of this system, hijack it, and take control, then create an image of himself that will live, speak, and have power to kill people who refuse to take his mark or worship his image. (Revelation 13:14-15)

There will be one united and controlled economic system connected to taking a mark on the right hand and forehead without which you cannot buy or sell (Revelation 13:16-18), but each person that takes this mark will soon be afflicted by a terrible, tormenting ulcerous disease on their skin. (Revelation 16:2)

Christians who know these Bible prophecies have long warned that this was coming. Now it is literally at the door.

The Bible’s prophecies are given to show that its message is from God, that God so loved the world that he sent Jesus to die for sinners on the Cross, and that if any person repents of their sin and believes in the Lord Jesus Christ he shall be saved.

See Keith Malcomson’s series of four videos ‘The Great Reset’ on YouTube, his book ‘The Scarlet Woman’ on Bible prophecy, and several hundred free sermons (including those on Bible prophecy) at Limerick City Church where he is pastor:
www.limerickcitychurch.com

This article was part of an address given by Keith Malcomson at ‘Navigating the Pandemic Fog’, an online conference on 6 March. Other speakers were Graham Bridger on the financial system and Dr Henry Reitzug on vaccines. A video of the whole conference and also Dr. Reitzug’s slide presentation can be accessed via www.christianstogether.net