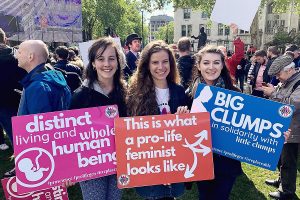 Since the introduction of ‘DIY’ abortions in March, abortion rates in England and Wales have soared.

Government figures show that there were 4,500 more abortions in April than in the same month last year. Overall, 2020 is heading for the highest number of abortions ever. The at-home abortion scheme has made breaking the legal limit easier.

Christian Concern’s Andrea Williams said: “BPAS’s ‘Pills by Post’ scheme has no way of verifying the age of the pre-born baby… These statistics demonstrate that it is time for the government to roll back this dangerous service that has been proven to cross legal boundaries.”

BPAS hailed ‘DIY’ abortion as “one of the few healthcare success stories of this pandemic” and called for it to be permanent. But according to Family Watch International, a leaked NHS email reports the “escalating risks” of the project, two women dying after using the home abortion kit, and a police investigation into the death of a baby allegedly born alive despite the mother taking the pills. There is also evidence of abortion providers giving women the pills without proper safety checks.

Right To Life UK said: “The rise in abortion numbers is not a ‘success story’…  it is a national tragedy.

“We, along with other pro-life campaigners, warned it was only a matter of time before a woman died as a result of a ‘DIY’ home abortion. Tragically, that has been the case with two women… These cases and the 13 ongoing investigations are likely only the tip of the iceberg.”