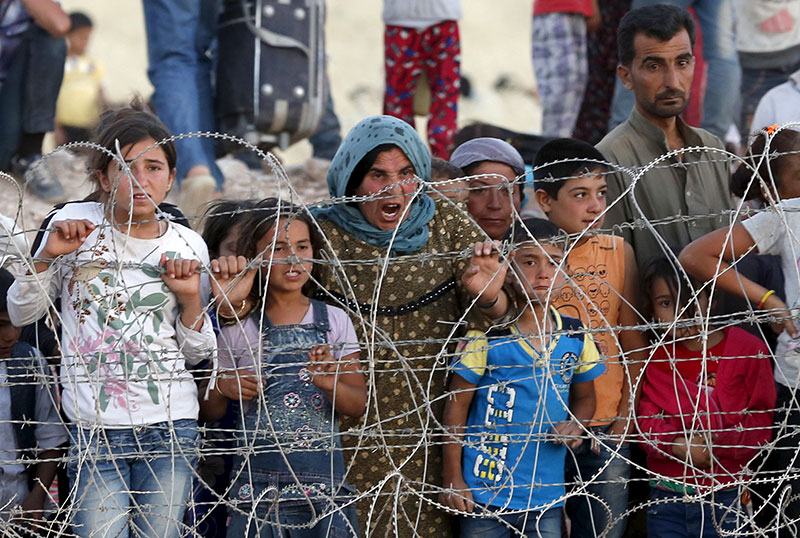 Hundreds of Christian families have fled the city of Hassakeh

AND AGAIN CHRISTIANS FLEE for their lives in the Middle East and again western politicians issue press statements condemning the actions of Islamic State – and again, nothing really changes.

How much horror does the world need to witness in places such as Syria before action is taken? A valid question asked by the Melkite Greek Catholic Archbishop of Aleppo, Jean-Clément Jeanbart. He has warned that Christianity itself was dying out in war-torn Syria.

Jean-Clément Jeanbart said: “What horrors must ISIS commit before the world will take greater action to stop the murderers? Syrian Christians are in grave danger, we may disappear soon.

“In my country, Syria, Christians are caught in the middle of a civil war and they are enduring the rage of an extremist jihad. And it is unjust for the West to ignore the persecutions these Christian communities are experiencing.”

The Archbishop’s comments came amid reports that up to 4,000 Christian familes have recently fled the Islamic State threat in the city of Hassakeh to find refuge in the nearby urban Qamishli area. Many men, women and children are sleeping in the open air in rickety refugee camps and endure scorching heat in the day time.

Kurdish militias allegedly protect only Kurdish areas and to make matters worse, some local Muslims sympathise with the ISIS cause.

“Syrian Christians are afraid to leave their houses, they avoid going out of their cities or villages, or do so only to move to other regions where they hope to find a safe refuge,” added the Archbishop.

“In dangerous zones such as Aleppo and villages close to Turkey, what terrorizes the population more than the fighting and the bombing, are the kidnappings, the snipers, car-bombs, the shelling and the looting – all this culminating in the manifestation of ISIS.”