What a pain that was! Healings in church

Fresh from two dates at Bath City Church and en route to Europe, John Mellor arrived in Coastlands Church, Worthing reporting of God’s latest healing miracles.  Bath had seen a vicar’s wife brought to the meeting who was so severely ill with ME that she had to be held up in her chair.  After prayer she had started running around the church.As usual, John’s wife Julie explained that some healings are gradual: “People write to us all the time to say that they experienced healing in the days after the meeting.”  This year Julie had her own news – she had written her own remarkable story of searching for truth through some dubious New Age practices, ending up feeling ‘daggy’ in church, before meeting and marrying John.

The meetings were packed as they are every year at Coastlands, with some travelling many miles.  John prayed tirelessly for people – here are just a few of those who felt that God had shown his compassionate, healing power. 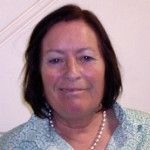 Diabetic – now taken off insulin Gillie returned to church next day and the following week to testify that, after four years of tablets for diabetes and now after being on insulin for three weeks, her blood sugar levels had dived. The week after the meetings she saw the hospital doctor who took her off insulin! 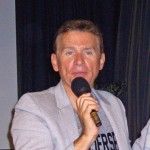 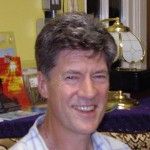 Whiplash pain stopped Mark, a carpenter, had been left with whiplash pain after a biking accident left his neck bones out of place. It made his work difficult as he could only move his head 45 degrees, and he had been spending a lot at weekly visits to a chiropractor. But after prayer he regained virtually full movement. 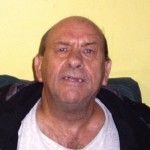 Arthritis pain gone After six months of worsening arthritis pain which made his work difficult, Mick, a bricklayer from Horsham, had decided it was time he got healed. After prayer he could get up from his chair easily and the pain had gone. 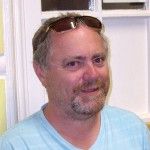 Depression and alcohol cravings left Sean had struggled for 40 years with depression, leading him to take refuge in alcohol. “I’d been for counselling, tried prayer and fasting – nothing changed,” he reported. But that night, after prayer, he felt “something heavy” leave him.

Farmfest! Mission and charity workers have fun on the farm