On his historic visit to Israel and the Palestinian territories, Prince William commits himself to keeping Holocaust memories alive, while his vehicle is stoned by children tragically taught to hate 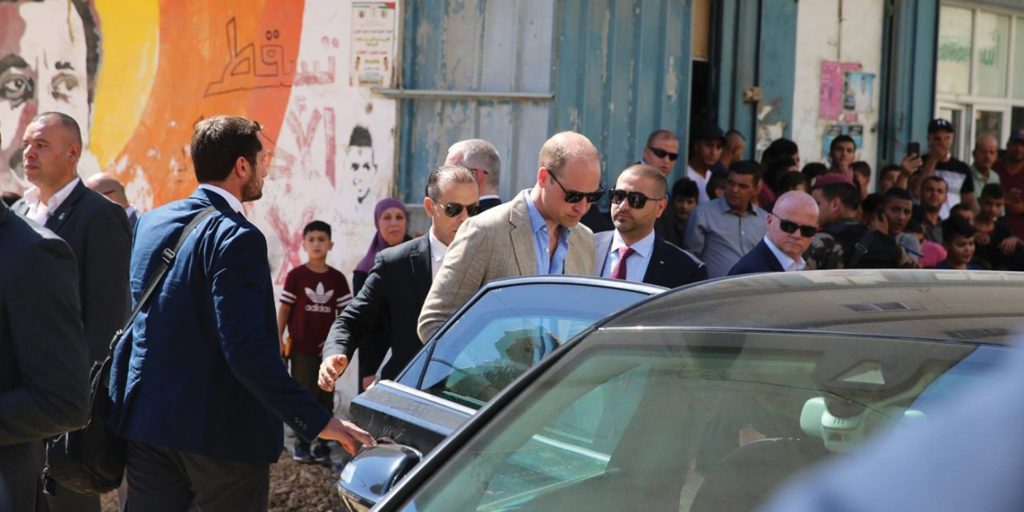 Prince William tours the Al-Jalzoun refugee camp near the West Bank city of Ramallah. During the visit his car was stoned by Palestinian children. Credit: Christians United for Israel

As support for the Palestinian cause drops off even in the Arab world, news that Australia has cut a $7 million ‘lifeline’ to a death cult is welcome indeed.

Maybe it’s also time for Britain to get real – especially in the wake of the barely reported stoning of Prince William’s vehicle – and acknowledge the need to stop encouraging terror with taxpayers’ money.

Australia has decided to discontinue direct aid to the Palestinian Authority because it suspects the cash is freeing funds to be used for political violence.1 And we have recently learnt that the UK gave £20 million in aid to Palestinian schools, where they teach children about Jihad (‘holy war’) and martyrdom.2

A report by the Institute for Monitoring Peace and Cultural Tolerance in School Education reveals that the PA school curriculum “utilises a variety of tools to convince children – mostly boys – to risk their lives and die as martyrs”.

It goes on to highlight some of the lessons funded by British aid. For example, a science textbook explains Newton’s second law of physics – on power, mass and tensile strength – by using an image of a boy with a slingshot targeting soldiers. 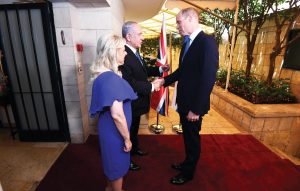 As the first-ever British royal to visit officially, Prince William was welcomed warmly by the Netanyahus to their official residence. Credit: Israeli PM’s office

Meanwhile jihadists continue their desperate attempts to engage Western sympathy by stoking up further flames in Gaza, sending burning kites to destroy Israeli crops while also trying to force their way through the border fence in order to kill Jews.

The Saudi Crown Prince and heir to the throne indicated something of current Arab frustration with the Palestinians by saying that it was about time they accepted offers of peace and agreed to come to the negotiating table “or they should shut up and stop complaining.”3

His Highness Prince Mohammed bin Salman, during a meeting with American Jewish community leaders, stressed: “There are much more urgent and more important issues to deal with – such as Iran.” 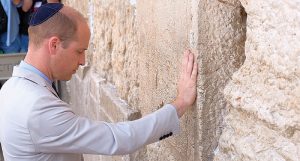 Clearly, the riots in Gaza are designed to provoke Israel to war, which would inevitably draw further criticism of the Jewish state for what the world is expected to regard as disproportionate response. And this would in turn elicit fresh sympathy for the Hamas pretension of Jewish genocide.

But as a 46-year-old Palestinian put it: “Most people want nothing to do with the riots at the border fence. Hamas does not care how many Palestinians perish. What’s important to them is that the media continues to cover it.”4

Bassem Eid, a Jerusalem-based Palestinian and political analyst, speaks from experience when he says that Israel “was the only nation that had given us a chance at a better life. In my opinion, the Palestinian cause has nearly reached its conclusion… I am calling on my Palestinian colleagues to wake up to the truth. The time has come for us to value life over death.”5 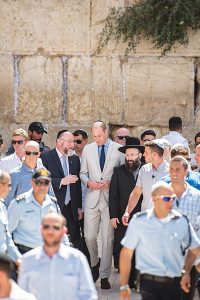 Col Richard Kemp, a former British Army commander, laid the blame for the Gaza bloodshed squarely with the United Nations when he addressed that body in May, saying: “Your failure to admit that Hamas is responsible for every drop of blood spilt on the Gaza border encourages their violence and use of human shields. It makes you complicit in further bloodshed.”6

The self-inflicted wounding of Palestinian aspirations – caused by their stubbornness to recognise Israel’s right to exist – will no doubt be reflected in President Trump’s much-heralded peace deal.

And the stoning of Prince William’s vehicle during his visit to PA headquarters in Ramallah may perhaps jolt British officials into some sense of reality. The children responsible for the outrage are taught to hate Jews and to blame Britain for handing ‘their’ country over to ‘infidels’ (non-Muslims).

Britain has consistently been a soft touch for Arab terror – riots and threats of mayhem have led successive governments to capitulate to pressure and betray Jewish aspirations in the process. But a first-ever official visit to Israel by a British royal is surely time to change our policy and revert to our pre-Balfour7 support of the Jews, which, according to the Bible, is the only guarantee of blessing for our nation (Genesis 12:3).

As the Prince shared during his tour, the story of how his great-grandmother Princess Alice selflessly saved members of the Cohen family from the Nazis was “a matter of great pride” for his whole family. And after being horrified at what he witnessed during his visit to Jerusalem’s Yad Vashem Holocaust museum, he said: “I am well aware that the responsibility falls now to my generation to keep the memory alive of that great crime as the Holocaust generation passes on. And I commit myself to doing this.”8

Israel is currently surrounded by implacable enemies committed to condemning them to another Holocaust. It’s not just a memory we need to keep alive – it’s also today’s Jewish people who are under such threat. We need to wake up as a nation and pray for the peace of Jerusalem, as the Word of God commands us (Psalm 122:6).