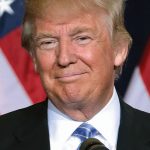 US pro-life leader Cheryl Sullenger says: “Even Reagan did nothing substantial to move the ball down the field. Trump’s been great. The only reason he hasn’t done better is that he’s met with resistance in Congress… There’s been no other president who has done more to protect babies from the death industry.”

Trump selected a staunchly pro-life vice president, Mike Pence, who was the first VP to attend the March for Life protest. He appointed pro-life judge Neil Gorsuch to the Supreme Court, and signed an executive order stopping the funding of international organisations such as Planned Parenthod that promote abortion.

In the future, Trump aims to tighten the law to prevent federal funding for abortion and hopes to ban abortions after 20 weeks.

Taking the stress out of evangelism