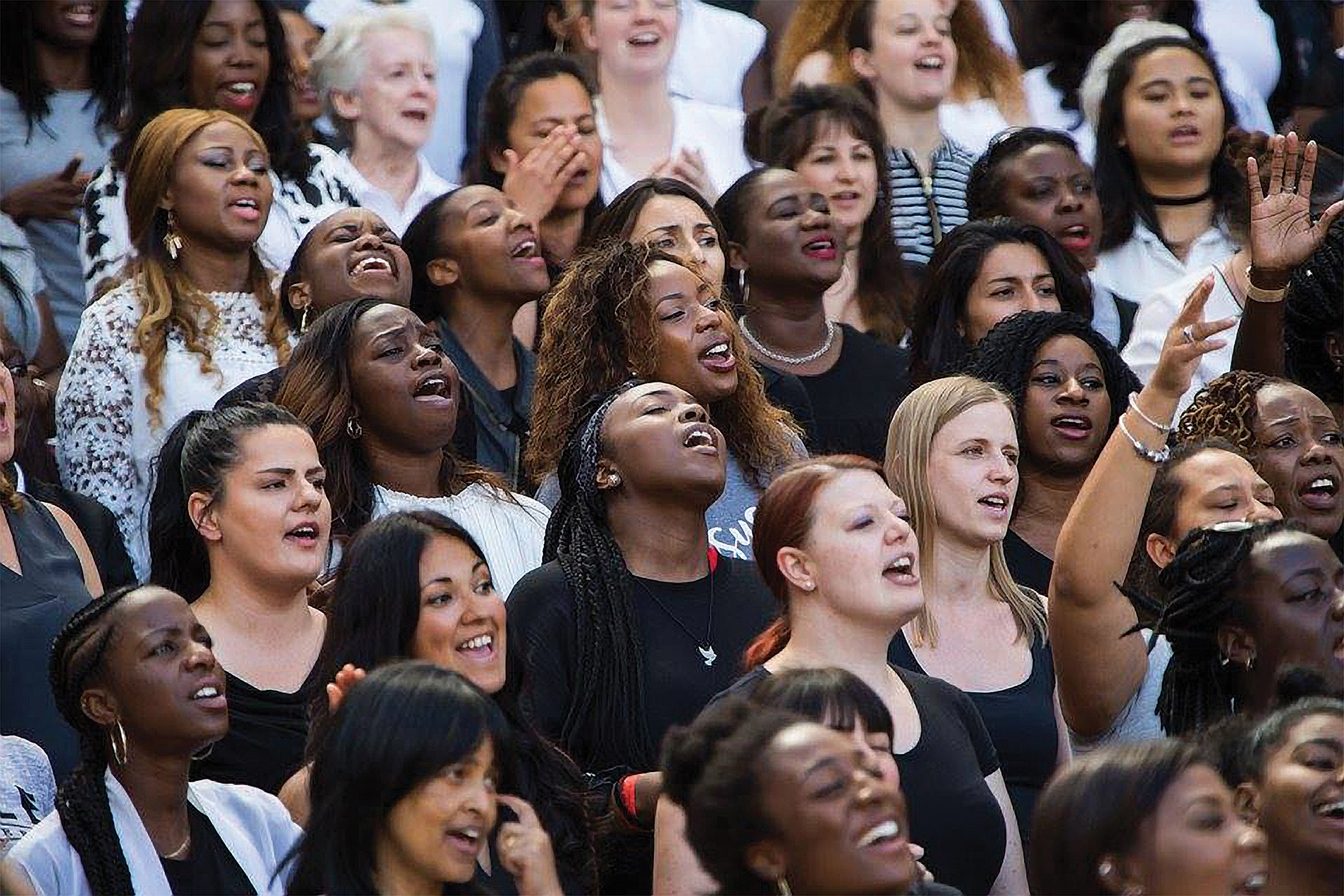 “Mass evangelism reminds the world that the Church is not dead”

On the same day as the biggest ever London ‘Pride’ march, around 20,000 people gathered at Arsenal’s football stadium for the largest UK evangelistic event since Billy Graham’s missions.

Led by Anglican evangelist J John, the JustOne event on Saturday 8 July at the Emirates Stadium encouraged Christians to bring ‘just one’ non-Christian to the outreach. Reporting on the day, Peter Wooding, London Bureau Chief of the Global News Alliance, said: “Literally, thousands of people have just come forward to give their lives to Jesus.”

Canon J John, who gave the main message, told Premier Radio last month that the world needs to see the Church engaging in mass evangelism: “Mass evangelism reminds the world that the Church is not dead. It’s easy to ignore a few little fellowships hidden away in anonymous buildings in a dozen suburbs. It’s much less easy if there are tens of thousands of people in your city’s main stadium. JustOne is the first of many anticipated stadium events.”