The secret and supernatural life of a salesman (part 1)

Nearly dying showed me there is a God

SUPER-SALESMAN GARY GUILLON lived as if he was invincible – but it all came to a halt one night when he nearly widowed his devoted wife and orphaned his young sons for the sake of yet another cheap thrill. 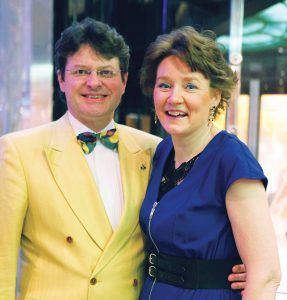 God’s divine intervention in Gary’s life improved his marriage. Now he has more time for his wife, Liz, such as on this recent cruise

Returning home from a sales trip at 2am in his smart new company car, Gary decided to reward himself by seeing just how fast his Ford Sierra Cosworth 4×4 would go on the deserted motorway.

Already earning over £90,000 a year as a high-flying technology salesman, Gary and his wife Liz had two young sons, Robert and Christopher, a six-bedroom house in Kent and holidays in Hawaii.

“To many people it looked like I had eveything,” he says. “But no matter what I did, I still didn’t have peace, only constant striving and thrill seeking. Any success felt like a bucket of water that soon evaporated.”

The pressure to achieve meant Gary had little time to spend with Liz or his sons, but rather than focus on his family to escape the stress, he sought constant excitement, such as on this life-changing night in 1991.

Putting his foot down, Gary quickly reached 165 mph – and as he approached the slip road to the M20 motorway, a sinister voice in his head urged: “Why don’t you jump the bridge and land on the M20? You’re going fast enough!” 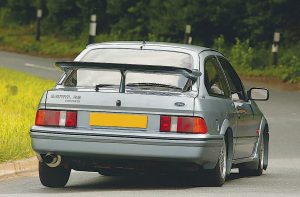 Before Gary finished reasoning that this was a stupid stunt, even by his standards, he had sped past the “Reduce speed now” sign, leaving it too late to brake for the corner.

The sign warns cars driving at 70 mph to slow to 50 mph, but the Ford was roaring along at 145 mph, over twice the speed limit. 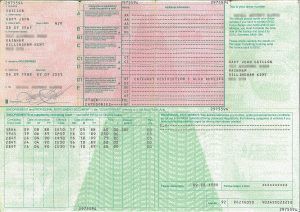 Close to expiry: by 1990 Gary already had six penalty points on his driving licence but a year later had a new licence to live in peace

As he attempted to round the bend, the car started to lift onto two wheels. Humanly, there was no way back from certain death. Gary’s prized status symbol was about to roll over and crush him.

In panic, he took his foot off the brake and shouted, “God, help me!”

Today Gary claims that the ‘sinister’ voice he heard that night in 1991 on the motorway was not his own. “It was the loud, urgent voice of Satan trying to get me to kill myself in a thrill-seeking moment,” he says.

“Up until that moment of my life, I had felt I was in control, but in reality, my life was running out of control (just like my driving). Then when I was close to death, I admitted I needed God’s help and expected him to bail me out.” 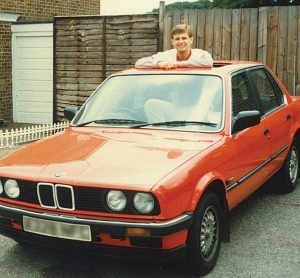 Narrowly avoiding car crashes was nothing new to Gary, who had already clocked up six penalty points on his licence. “Speed had become like a drug and I was constantly trying to fill the insatiable desire for a better thrill. Passing the Advanced Driving test had only added to my feeling of indestructability.

“I had a bizarre habit of always overtaking any car in front of me, leading to countless near
misses with oncoming cars. Once I overtook a car and left it in the distance, only to discover that my next client was the driver I had thoughtlessly overtaken! Needless to say, I didn’t get the business.”

But the moment he cried out to God while speeding dangerously out of control, “something miraculous happened.”

His car was instantly transported to the inside lane of the M20. “The speedometer showed I was now travelling at 50 mph (which I never drove at). It was an amazing experience.”

But Gary’s close call on the motorway had shaken him up. “I couldn’t get the experience out of my head and drove around everywhere well under the speed limit!”