“THANKS FOR SAVING LIVES” 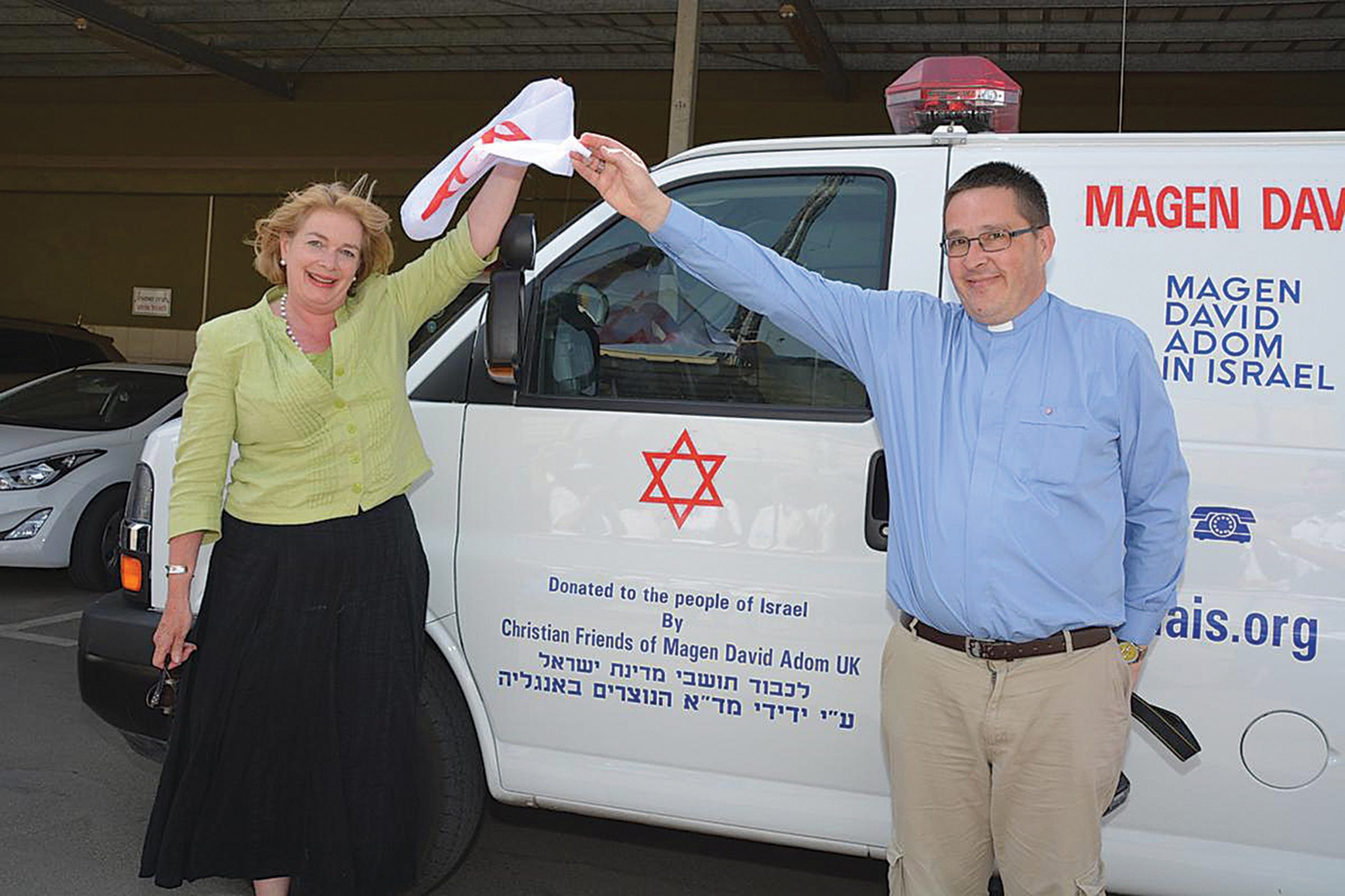 A group of British Christians has donated their fourth ambulance to Magen David Adom (MDA), Israel’s national emergency service, at a special ceremony at the MDA Station, Be’er Sheva, where the ambulance will be located.

Christian friends of MDA was founded in 2006 by a group of Christians in the north of England who wanted a practical means of support for Israel during that year’s ‘Second Lebanon War’.

Since then CFMDA has gone from strength to strength, raising funds for four ambulances, a blood mobile and an emergency room at Kiryat Shmona. It helps the small state’s Jews and Arabs alike and is first at the scene of terrorist attacks. Less traumatic duties include helping with emergency births and civilian health needs such as heart attacks as well as the important role of collecting the essential blood donations and processing blood products.

Rev Mark Madeley, Founding President of Christian Friends of MDA UK, who travelled to Israel to launch the ambulance, said, “It is such a great privilege to serve MDA in this way as we stand with Israel”.

Barbara Dingle, Vice President of CFMDA, enthused, “Christian Friends of MDA not only helps to save lives, but is a wonderful and very practical way to bless all the people of Israel”.

Be’er Sheva, where the ambulance will be located, is the ancient biblical town in southern Israel where Abraham planted a tamarisk tree and made an oath with Abimelek (Genesis 21:22-32).

Although Israel is always in a state of readiness for the next war, MDA’s duties will have eased slightly as the recent spate of stabbings in Jerusalem has stopped, Barbara reports: “It is believed that the Palestinians decided to cease the stabbing campaign after the Brussels airport tragedy, as they didn’t want to be associated with ISIS terrorism.”

She told HEART, “CFMDA UK sends our grateful thanks to everyone who has donated towards this life-saving work over the last ten years. Whatever the donation, large or small, they are all very much appreciated.”