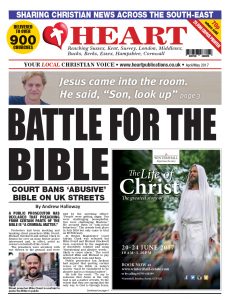 Michael Overd and Michael Stockwell were arrested after preaching in Bristol city centre and fined in February, but Judge Picton overruled the conviction at Bristol Crown Court in July, saying he was “conscious of the right of freedom of speech and freedom of expression”.

A week later, Nottingham Magistrates’ Court acquitted Andrew Frost of causing harassment, alarm and distress to two men in a homosexual relationship when quoting the Bible in the city centre in March.

The Christian Legal Centre was involved in the defence in both cases.

It is a significant victory for the men, whose case was seen by campaigners as a test case for the freedom to quote the Bible in public in Britain today.