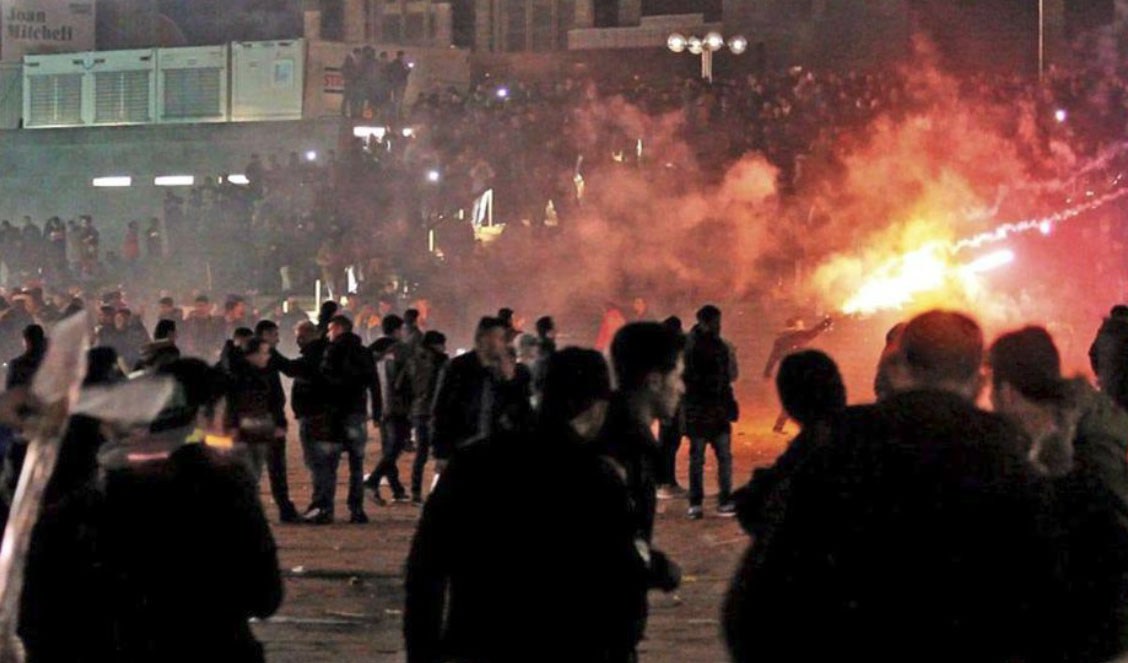 As the true figures of attacks on European citizens emerge, a campaigner for Christians’ rights has warned that the UK and Europe must pressure Islamic countries to take in Muslim refugees

The steady expansion of the UK Muslim community was having a challenging impact on many churches long before the recent wave of migrants from Syria, according to barrister and campaigner Wilfred Wong.

Mr Wong, who has 26 years’ experience of campaigning for persecuted Christians worldwide, most of whom live in Muslim countries, told HEART that various UK pastors had mentioned difficulties with local Muslims over the past few years.

Mr Wong told HEART, “We are sleepwalking towards Islamisation if we think we can simply absorb even more mass Muslim migration without extremely far-reaching and permanent consequences. There is already disturbing evidence of the danger to European women.”

Denmark was the latest European country reporting an upsurge in the number of cases of women assaulted by Muslim migrants, the Daily Mail reported on 13 January.

Officials in one Danish town said that they have experienced problems of sexual harassment since a camp hosting 365 asylum seekers opened nearby in November 2015. Female victims have also been targeted for sexual harassment at nightclubs in two other towns where one local says Syrian migrants “go nuts” if they see a woman.

These reports came days after similar warnings were issued across Europe about the rising number of sex attacks against women by gangs of Muslim migrants. In Germany there have been street protests against the Muslim migrants’ extensive sexual harassment of women.

Now German police have revealed that Cologne was far from the only city whose citizens were assaulted on New Year’s Eve. According to Breitbart news (January 25), Cologne-style attacks were perpetrated in 12 of Germany’s 16 states, or 75% of the entire country on 31 December.

Some 1,049 men and women were victimised in Cologne, subject to a litany of crimes ranging from pickpocketing to gang rape at the hands of migrants and asylum seekers.

The Daily Express has reported that the number of Muslim migrants arriving in Europe by boat has trebled. (“No end to migrant crisis”, January 16).

The Daily Express reported that:  “The first sailings of 2016 also brought the first deaths. At least 59 men, women and children have died – nine trying to reach Italy from Libya and the other 50 after their boats capsized in the Aegean Sea…Many are genuine refugees fleeing Syria’s bloody civil war but a huge number are also economic migrants trying to take advantage of the chaos.”

The article quoted Steven Woolfe, UKIP’s migration spokesman, as saying: “The stream of migrants landing in Europe is rising inexorably. Policymakers will be quaking in their boots in the face of these numbers.”

The Express also reported that a coachload of Muslim migrants put on a seven-hour journey across Germany to Chancellor Angela Merkel’s office by an angry town governor were sent straight back. Peter Dreier, the local politician responsible, is a critic of Mrs Merkel’s open-door asylum policy. Dreier said: “There’s no end in sight to the wave of refugees.”

Wilfred Wong concludes: “By opening Germany up to mass migration in 2015 and letting in over one million Muslim migrants Angela Merkel triggered an Islamic stampede for Europe, worsening the migrant crisis many times over and thus increasing the likelihood that even more migrants and their children will die, because a much larger number of migrants are now attempting the dangerous crossings to Europe.

“Much more must urgently be done to strongly pressure Islamic countries to accept Muslim refugees and where appropriate provide those countries with aid to help them care for the asylum seekers. It beggars belief that so far the Islamic world has refused to permit these Muslim refugees to settle down in their countries.”

To see recent evidence of women’s suffering under extreme Islam, including recent attacks on women in Norway and Germany, visit

Genocide against Christians: campaigner Wilfred Wong has composed a letter that readers can copy and send to the Prime Minister.

You can download a copy by clicking on the link below:

Letter to the Prime Minister