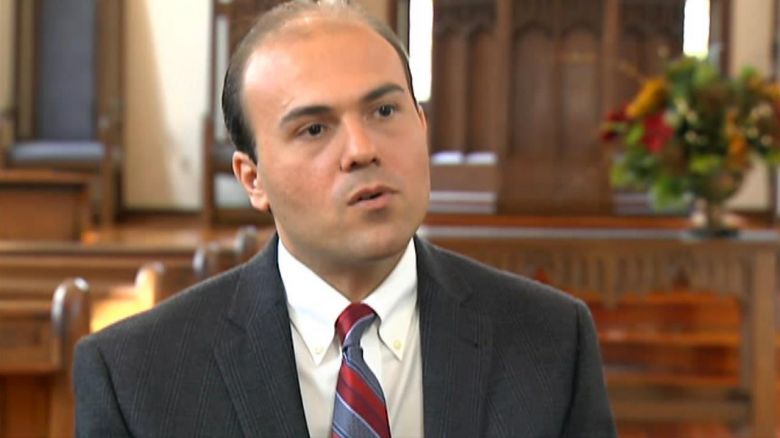 Iranian / American pastor Saeed Abedini has been set free after more than three years in jail in Iran. He was denied medical treatment because, as a Christian, he was considered ‘unclean’.

The pastor was exchanged in a prisoner swap between the US and Iran, as relations thawed over Iran’s nuclear programme.

Saeed Abedini, 35, was sentenced to eight years in 2013 for ‘undermining national security’ – he had been in Iran to help build an orphanage.

His guards beat him so badly that his wounds became infected. Yet he was refused medial treatment by a prison doctor and nurse because he was an ‘infidel’.

Under torture he was told that if he recanted his Christian faith he would be set free. He refused.

His wife Naghmeh campaigned constantly for his release in the USA. She said: ‘Saeed is not a criminal. Being motivated by Christian values to help the poorest and most needy children should be seen as good for Iranian society.’

One of the ‘left behind’ in jail

Another key figure behind bars in Iran is Pastor Behnam Irani. He’s been jailed for five years and has been violently abused.

His guards warned he would not leave prison alive, because of his Christian faith and threw him into a cell with violent offenders.

He wrote: “In jail I have attained a new experience of love. Here I live with cellmates who think only of things such as learning new crimes. I look at them and wonder, ‘Do they really deserve prayer?’ Immediately, I remember that Jesus Christ was sacrificed for their sins too.”

Pastor Irani, who has two children, converted from a Muslim background and became a pastor in 2002. Release International, which supports persecuted Christians worldwide, says there are still some 90 Christian leaders in jail in Iran and is campaigning for them to be set free.

Despite the persecution, the house church in Iran continues to grow.

Rehabilitating will not be easy, according to a US Congressman who went to welcome the freed prisoners. Representative Robert Pittenger of North Carolina said, “This is a very critical phase,” Rep Pittenger.

“They’ve been in a very demonic atmosphere and it’s been an oppressive environment where they were, for the most part, left in isolation. They’ve had a lot of mental torture. The transition in their life is going to be extraordinary. So, just being able to communicate, be back with their families, is going to be a real challenge. This is going to be a very hard process.”

Christian pastor Farshid Fathi has finally been released from jail in Iran after being sentenced for crimes against national security. The court had ruled that the pastor’s Christian activities were offences against the Iranian state.

Born into a Muslim family in Iran, Farshid became a Christian at the age of 17, following his brother’s conversion. In his 20s he began ministering full-time, and by 2010 he was leading a network of house churches.

Farshid was arrested that year during a crackdown against the church and spent five years as a political prisoner.

At his trial, Farshid’s Christian activities were portrayed as political crimes. He was charged with actions against national security through membership of a Christian organisation and propaganda against the Islamic regime by helping to spread Christianity.

Pastor Farshid, who is in his 30s, is married to Leila. They have two young children, daughter Rosanna and son Bardia. In April 2013, his family emigrated to Canada.

From his prison cell, Farshid wrote to Rosanna for her tenth birthday: “My beautiful Rosanna… Although it is my honour to be in prison for our Lord Jesus Christ, I am so sorry that I couldn’t be with you for your last three birthdays… I want you to know I love you so much and nothing could separate our hearts from each other.”