YOU WOULD THINK that the opinion of one million people would matter to a USA President – but it seems not in the case of Barack Obama.

While the President reportedly enjoyed a rare ‘father-daughter’ time with his daughters Malia and Sasha, all smiles following the Iranian nuclear deal – thousands of miles away American Pastor Saeed Abedini sat in his jail cell in Rajai Shahr Prison in Karaj, oceans away from his own children, waiting for the next violent blow. 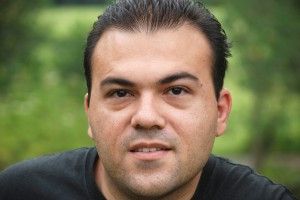 World powers negotiating the nuclear deal, led by the USA, ignored a chance to bargain for Saeed’s release, despite a million-strong petition by the American Center for Law and Justice.

Saeed, in a letter, said that anti-American feelings inside the jail after the deal meant he was a bigger target for violence. Yet he wrote: “God is in control and he is the one who beautifully writes the history over all governments, presidents, and any P5+1 negotiating team.”

President Obama responded it was “nonsense, and you should know better” when asked by CBS News why he was content with the situation endured by Saeed and others following the deal.

He added: “Now, if the question is why we did not tie the negotiations to their release, think about the logic that that creates. Suddenly Iran realises, ‘You know what? Maybe we can get additional concessions out of the Americans by holding these individuals’.”

Naghmeh, Saeed’s wife, hopes that the very wary Congress will change the situation and, sharing a letter she wrote to her husband upon their recent 11th wedding anniversary, wrote: “Your wife and the body of Christ are standing with you. We are giving you what prison walls cannot take away. We are giving you our prayers.”