Prince and Archbishop ‘heartbroken’ and horrified at IS slaughter

THE ARCHBISHOP OF CANTERBURY, the Most Reverend Justin Welby, compared the present day slaughter by so-called Islamic State militants in Iraq and Syria to a ruthless invasion of the Middle East by Genghis Khan in 1260 and even the Jewish Holocaust. He said it was hard to believe ‘such horrors can happen’ and they were ‘part of an evil pattern’ of persecution against believers around the world.

“Today, particularly in Iraq and Syria, (Christians) are at great risk from violence fostered by extremist ideologies which no longer see them as being part of the future. . . “

Echoing Revelation 1:9, he said, “To our brothers and sisters in the Middle East, we use these words: ‘We share with you in Jesus the persecution and the kingdom and the patience and the endurance’.” 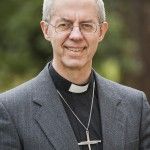 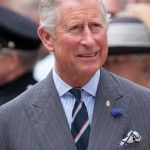 HRH PRINCE CHARLES said words seemed hopelessly inadequate at such an unimaginable time of suffering. In a letter to the Chaldean Catholic Church dated August 22, he wrote:

“You can have no idea how heartbroken I am to hear of the truly unbearable and barbaric persecution being suffered not only by Christians in Iraq, but also by some of their neighbours of other faiths, alongside whom they have lived for hundreds of years.”