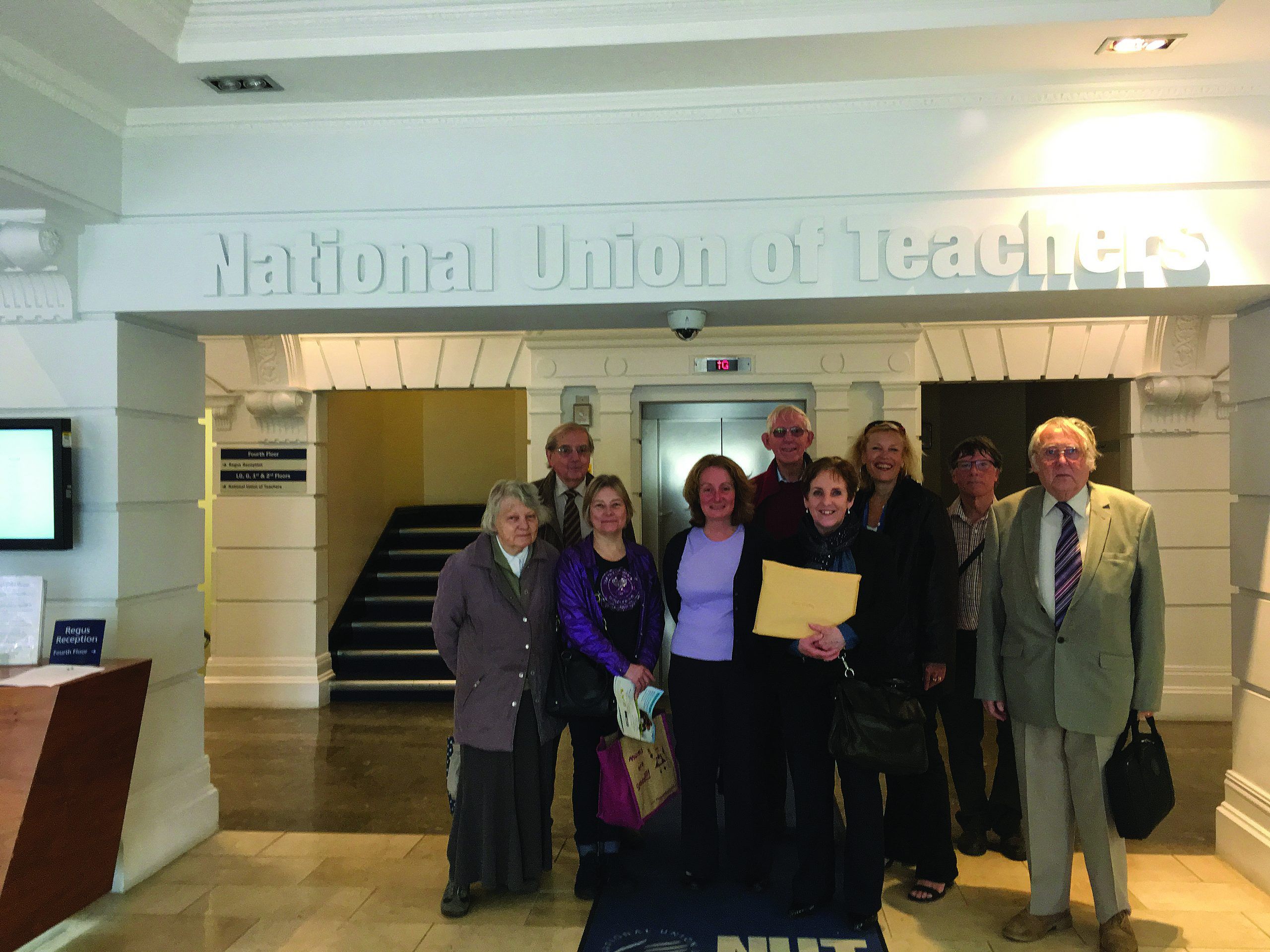 Voice for Justice representatives with Rev Lynda Rose, centre, at the NUT

Christian activist group Voice for Justice UK delivered a 16,000 strong petition to the National Union of Teachers (NUT) over its recent conference motion calling for the promotion of lesbian, gay, bisexual and transgender (LGBT+) issues starting at nursery school.

The petition claimed this is child abuse, prioritising adult sexual wants and practice over children’s welfare.

NUT, the biggest teaching union in the UK, passed a motion at its Cardiff conference in April that lesbian, gay, bisexual and transgender people be ‘told explicitly that their lives are important too’.

Rev Lynda Rose of Voice for Justice UK commented, “This motion is an ideologically driven attempt to brainwash children into accepting the rebranded sexual values of adults prioritising their ‘wants’ over children’s wellbeing and safety.  Inevitably it will encourage children to experiment with risky behaviours that left to themselves they wouldn’t normally consider, and the effects of which they can’t possibly assess. It is nothing less than child abuse – all the more shocking because teachers stand in loco parentis.”

The petition was delivered on 16 May but can still be signed online.