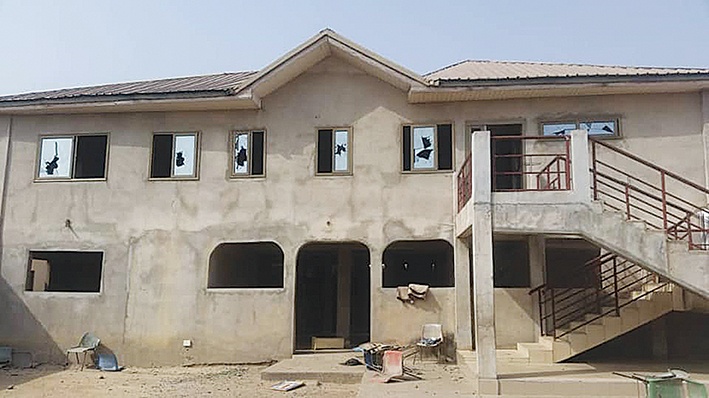 A Ghanaian church has been attacked by Muslims because its pastor prophesied that Ghana’s chief imam would die.

According to Premier, Rev Owusu-Bempah made 18 prophecies on New Year’s Eve, including the death of either Imam Sharabutu or Ghana’s Muslim Vice-President Mahamudu Bawumia.

It was reported that some Muslims asked Owusu-Bempah to apologise, but he refused.

Consequently, the Glorious Word and Power Ministry in Accra was smashed up by youths with machetes. The group even showed their vandalism live on Facebook.

It was reported that Owusu-Bempah later paid a reconciliatory visit to the imam.