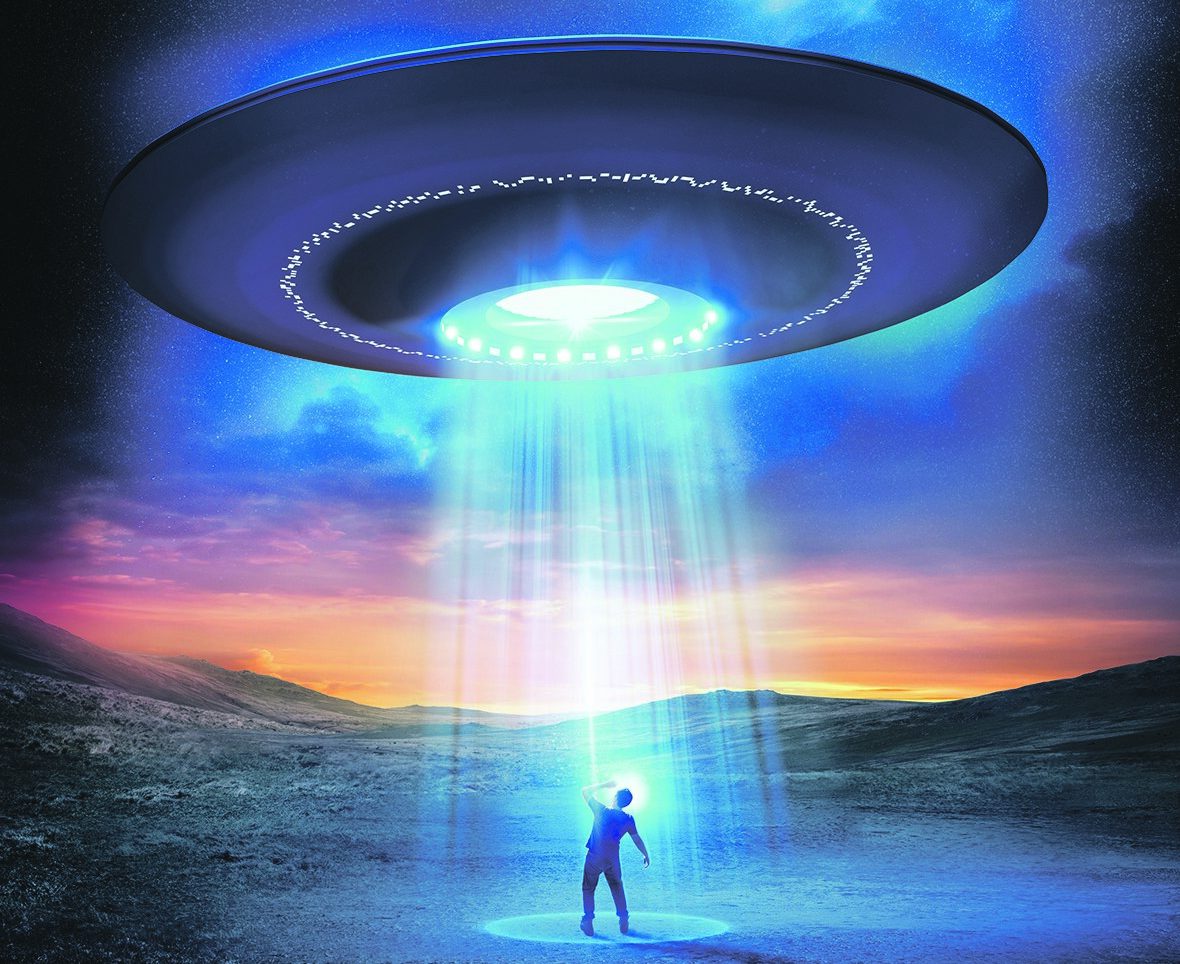 In previous issues we featured actress Marianne Gaston, who was miraculously healed of Lyme Disease. Now read the story of her faithful husband, Leslie, who nursed her for ten years and has his own story of a mighty deliverance from the forces of evil

AN OCCULTIC CALL to the dead by a clairvoyant alarmed Leslie Gaston so much that he found himself praying silently to God in response.

It was a pivotal moment after years of spiritual searching. Leslie grew up near Hull in the 1950s. His father, an optician, and his mother were both “lapsed churchgoers”. Describing himself as a “quiet and reserved child” who was a “deep thinker”, Leslie was worried about the future of the human race. A Polish refugee camp near his school made him even more aware of “man’s inhumanity to man”.

He believed in God but a chance sighting of a UFO, when he was in his early teens, became an obsession. A significant spiritual awakening happened later, when Leslie was working as an aircraft engineer in Saudi Arabia: “I went outside late one evening, looked up at the sky and the stars and felt the presence of “Occultic activities gave me nightmares. Then I found Jesus” – says former UFO fanatic God as Creator of the universe.” Even so, Leslie had still not found Jesus.

When he emigrated to New Zealand in 1974, his quest for truth saw him look into different beliefs such as Sufism and Rosicrucianism. Enthralled by the supernatural, he also investigated comparative religions, especially those promoting beliefs in reincarnation and karma. “During this time I suffered nightmares but didn’t connect these with my studies,” he says.

“The turning point came when I went into a new book shop in town, which unbeknown to me was a Christian bookshop. When I realised this I said to myself, ‘This isn’t for me,’ and avoided the welcoming smile of the owner.

“As I turned to leave, I saw a book with a UFO on the front cover, entitled ‘The Cosmic Conspiracy’ by Stan Deyo. After a brief look at the contents I knew I had to purchase it.

“Reading it challenged many things that I had taken on board over the years regarding UFOs and the future destiny of mankind. After reading it several times I became convinced it contained some essential truths which I would refer back to as I continued on my spiritual journey.”

Leslie moved to Auckland but then began attending meetings of the Theosophical Society, a movement which draws on Eastern and occult ideas. “I attended meetings regularly but did not fully accept nor study the teachings of the founders.”

He also became a committee member at a spiritualist ‘church’, the Church of Spiritual Awareness. Meetings involved mediums claiming to communicate with the dead – a practice that the Bible clearly warns against (Deuteronomy 18:10-12).

One of these gatherings with a clairvoyant seriously disturbed Leslie. “I felt a revelation of dark forces at work. Thanks to the influence of the book ‘The Cosmic Conspiracy’, my thoughts turned to Jesus and I prayed for a breakthrough and revelation of truth at this time of great confusion for me.

“I had no concept of having a personal relationship with God but did believe in the God of the Bible. That evening I was strongly convicted that these [occult] activities were not pleasing to him. Hence at the end of the meeting I left, never to return.”

Then Leslie was invited to a men’s dinner with Full Gospel Businessmen’s Fellowship International. After the meal, and hearing the Gospel message, he decided the time had come to invite Jesus Christ into his life.

“Following the meal, songs of praise and the message, I felt a strong conviction that Jesus had answered my prayers and revealed himself as the way, the truth and the life. Stuart [my friend] asked me my feelings about the evening and I replied I was ready to accept Jesus as my Lord and Saviour. He called over the president and together they led me through the sinner’s prayer.”

Leslie also repented of his involvement in occult activities and burnt his collection of occult books and tarot cards when he went home. “This was an extremely spiritually liberating experience,” he says. “From this point on I no longer suffered from nightmares. I knew then that by the grace of God and the power of prayer, all bondages to those forces of darkness were behind me.”

Leslie enjoyed meeting other Christians and grew in faith at the North Shore Faith Centre in Auckland, a Charismatic church where he ‘received’ the Holy Spirit, as spoken of in the book of Acts. He was also baptised in water and felt that God asked him to start prison ministry. For the next seven years, he helped inmates at Auckland Maximum Security Prison and saw men come to faith in Jesus.

Leslie met his wife Marianne, an actress, in November 1986 via a church singles’ group. An afternoon tea turned into two hours of non-stop talking and only two weeks after meeting, during Leslie’s next communion service, he felt the Lord say that he should propose to Marianne.

Happily Marianne responded with a “yes” and they were married on 18 July 1987.

With all their family in the UK, their church family assisted with the wedding. An actor friend gave Marianne away. Her flatmate, a former principal dancer with the New Zealand Ballet Company, made the cake. Marianne’s dress was made by the wardrobe mistress of a theatre company and the event was filmed by a TV cameraman friend.

The couple returned to the UK in 1990 and settled in Gloucestershire. But an ordeal followed when Marianne became confined to a wheelchair with Lyme Disease in 1997. She was miraculously healed ten years later, thanks to prayer from a visiting Pakistani bishop (see HEART April/May 2020 and Feb/Mar 2021).