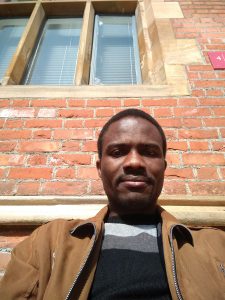 Femi Omotoyinbo has a new idea for Thursday nights

Living under the Covid-19 lockdown, it has been painful to hear about deaths among front line workers and even more worrisome that people who share the same colour as me are the most susceptible to the infection.

Even the message, “Stay at home, protect the NHS, save lives,” seems to be telling us that the NHS needs its own cure.

Working in an NHS administrative unit a few years ago, I used to pass the hospital mortuary on my way home; seeing bodies being moved was always sobering. Someday those who are carrying bodies will themselves be carried.

Yet while colleagues showed respect for the dead, I soon learned that the NHS cannot be seen to endorse God. I will never forget the day my manager summoned me, looking quizzical.

A colleague had forwarded one of my emails to her. My crime? I had added the phrase, ‘NHS cares, God cures’, to my electronic signature.

My manager said, “I am personally not against this, but many people here will not like it. So I want you to remove it.”

Her statement felt like a slap to me. But she had approached the issue wisely, so I removed the phrase, yet the pain of the experience remained with me even after I returned to Africa.

A proverb in my culture seems relevant: “Any stream that forgets its source will dry.”

Even where Christianity was a bait to enslave many Africans, it still worked out for good

The fathers who pioneered the existence of this great country imbued their children with godly standards, and their offspring came to Africa and shared the story of a loving God.

Some were killed, but the seed they sowed did not die. Even where Christianity was a bait to enslave many Africans, it still worked out for good.

Meanwhile, the UK creates more room for profanity than many other countries. Secularism is seen as the doctrine of democracy, with the excuse that religion is a mess. But how can we aim for freedom from the one whose fingerprints we carry till death? If we choose to be free from God, something must fill the vacuum – so the devil is perpetrating havoc.

Covid-19 is a single message to the world with different meanings for every nation. For the UK, it is simply a call for the stream to remember its source. It is a call that God should not only “save the Queen” but that he should mercifully save the kingdom as well!

We have taken God lightly and subjected him to ridicule, but now we are the ones wallowing in ridicule. Was it by chance that the UK had the third highest percentage of infections in Europe, or that the virus was quick to lay hands on the Prime Minister? Was it by chance that he survived? This shows that there is love in the scourge (Hebrews 12:6).

Politicians are confused, science has broken our hearts and wealth has proved worthless

The weekly cheering for the NHS made people feel good, but it could not bring health. Ultimately, we do not need psychological palliatives or even a vaccine. Our whole land needs healing. So why don’t we take time every Thursday at 8pm to humble ourselves, pray and seek God’s face with repentant hearts?

Politicians are confused, science has broken our hearts and wealth has proved worthless. Let us turn to the only one who can turn the tide, calm the storm and give us the times of refreshing (Acts 3:19).

Femi Omotoyinbo is a Nigerian currently living in the UK. He is a Christian philosopher and member of the International Society for Philosophers (ISFP), and an Associate Fellow of the Royal Commonwealth Society.

Copper gets a new shine