An outrageous Soviet-style proposal to criminalise personal opinions shared in your own home has been put forward by the Law Commission.

The Commission has recommended that the government should extend hate crime legislation to cover speech at home. Similar ideas have also been incorporated into a Scottish hate crime bill supported by Justice Secretary Humza Yousaf, which could also result in parents being investigated if children repeat their views in the school playground.

The Christian Institute’s Ciarán Kelly said: “The Scottish government has drawn criticism from all corners for its sinister hate crime legislation, but the Law Commission for England and Wales appears to have paid no notice.”

The Bible itself could be considered “inflammatory” and destroyed

The Institute adds that if the Law Commission gets its way, private conversations about issues like transgender ideology could bring police to your door. In addition, the Bible itself could be considered “inflammatory” and destroyed if the current wording of the Scottish bill is adopted.

In the latest move by the Church of England in its sexuality debate, the Church has published a booklet, podcasts and videos to encourage opposing sides to listen to each other.

The ‘Living in Love and Faith’ resources do not change Anglican doctrine, but sexuality matters will once again be on the agenda at the 2022 General Synod.

The material appeals for kindness in the discussion, and contributor the Rt Rev Dr Jill Duff, Bishop of Lancaster, has asked that people don’t pre-judge the resources. But she admitted in Christianity magazine: “You may think we haven’t done a good enough job to commend the biblical view on sex and marriage. We have done what we can.”

The comments of an LGBT member of the General Synod, Jayne Ozanne, don’t bode well. In November, she accused the Oxford Inter-Collegiate Christian Union (OICCU) of homophobia for affirming the Bible’s teaching on sexual morality.

Day of prayer for Covid-19 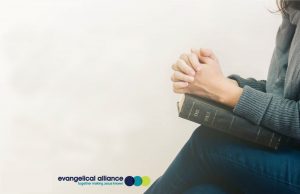 On 13 November the Evangelical Alliance held a national day of prayer for the government, health workers and those affected by coronavirus. CEO Gavin Calver had written to the Queen and Prime Minister asking them to proclaim a day of prayer, but after receiving “warm” but “fairly non-committal” replies the EA went ahead with its own arrangements.

Premier News reports that street preacher Dominic Muir has won compensation from Dorset police after they stopped him preaching in Blandford Forum town centre in April, ostensibly for breaking lockdown restrictions. The Christian Legal Centre, which assisted Mr Muir in writing to the Chief Constable to complain, says police admitted an officer had acted unlawfully and paid £1250 in damages and costs. Mr Muir says he would also like an apology from the force.

The Guardian reports that Jolyon Maugham, a barrister and director of the Good Law Project, has launched legal action alleging cronyism and lack of transparency in how the government has awarded jobs and contracts relating to Covid-19.

Prime Minister Boris Johnson had announced in his 23 November press conference that a Covid-19 vaccination would not be made mandatory.

He said, “That’s not how we do things in this country.”

The Danish government, however, recently proposed new laws that included forcible hospitalisation, isolation and treatment, including vaccination, during a future pandemic.

Danish citizens demonstrated outside Parliament for nine days, banging saucepans, which resulted in the law being withdrawn.

However, there are reports that the Danish government is now redrawing the proposals, which will be presented to Parliament in December.

Through much of the 19th century and into the  20th, Britain was envied for the comparative lack of corruption in her business and public affairs.

There were occasional scandals and no doubt some underhand dealing that never came to light, but by and large widespread acceptance of Christian ethics kept things cleaner than in many other nations. The long afterglow of the 18th century revival spearheaded by John Wesley and George Whitefield continued to influence behaviour, even as religious observance entered an extended period of decline that still continues.

Bribery of the kind involving money passed under tables in brown envelopes is still pretty rare, at least compared to many other countries.

A comprehensive turning away from what is right and godly

But there is another kind of corruption, just as damaging and in some ways more insidious. This is the sort the Bible means when it speaks of people having “corrupted their ways” (Genesis 6:12) and “corrupted [their] wisdom” (Ezekiel 28:17) – such a comprehensive turning away from what is right and godly that each action and every thought comes from a wrong perspective.

In a recently launched legal action, lawyer and founder of the Good Law Project, Jolyon Maugham, alleges cronyism and lack of transparency in how government has awarded jobs and contracts relating to Covid-19. He points the finger at Kate Bingham, cousin by marriage to Boris Johnson’s sister, Collingwood Cameron (a business associate of Dominic Cummings’ father-in-law) and special “VIP” channels for procurement of protective equipment.

Whether these particular allegations are true or not – a judge has yet to rule on them – they point to a worrying trend. Across Westminster, Whitehall and beyond, we are witnessing repeated system failure as institutions that once served us well falter. They are doing so because too many of those who staff and run them have corrupted their ways and corrupted their wisdom.

The Bible tells us where this leads: “By justice a king gives a country stability, but the one who is greedy for bribes tears it down.” (Proverbs 29:4).