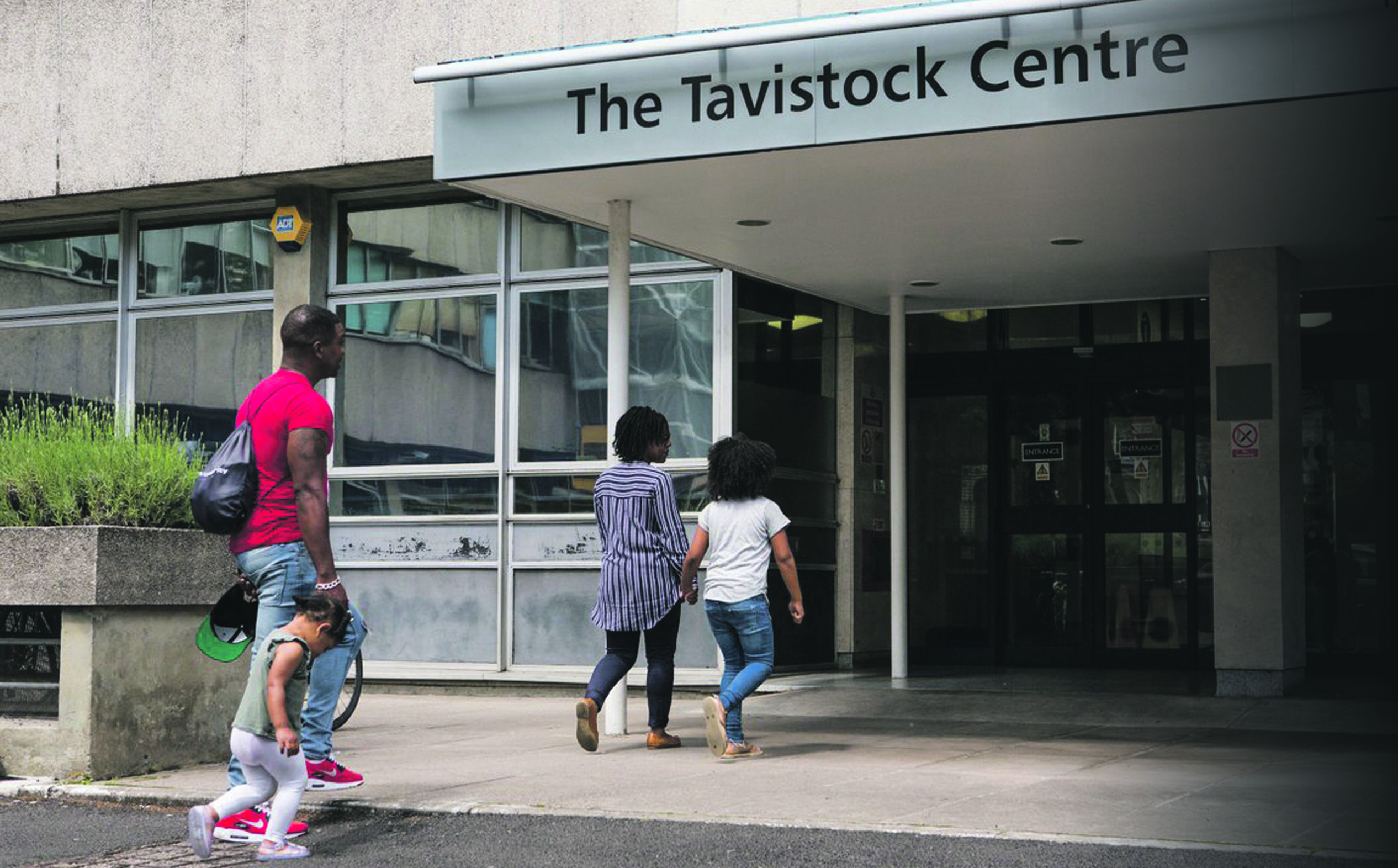 After the High Court decided that children under 16 can’t consent to puberty blockers, the full impact of transgender treatments has been revealed.

On 1 December the High Court ruled against the Tavistock Centre, the NHS gender clinic, after transitioner Keira Bell, who now regrets her treatment, said she was harmed by puberty blockers and cross-sex hormones prescribed as a teenager.

Now a national newspaper has published the “shocking physicians’ testimony” about transgender medicine that led to the High Court ban.

The Mail on Sunday reported in January that Swedish psychiatrist Christopher Gillberg believes the Tavistock treatment is basically “a live experiment” on vulnerable children: “We have left established evidence-based clinical practice and are using powerful life-altering medication for a vulnerable group of adolescents and children based upon a belief.”

Gillberg and other experts said that puberty blockers can damage brain and bone development and cause infertility.

The medics also criticised the transgender movement for encouraging transition in vulnerable children, including those with autism who simply have “identity issues”. A “disproportionate number” of children who identify as transgender are in care, adopted, autistic, anorexic or have psychiatric or mental illnesses.

“Critical and cautious voices are shouted down as transphobic”

The court case heard evidence from dozens of women who said their lives had been ruined by their sex change.

American gender expert Professor Stephen Levine testified that “critical and cautious voices are shouted down as transphobic… It is left to those of us at the end of our careers, who have nothing to lose, to voice our concerns.”

“It is left to those of us at the end of our careers, who have nothing to lose, to voice our concerns”

Baroness Nicholson, a former director of Save The Children, told the Mail on Sunday: “The NHS should never have allowed such unresearched use of public money on irremediable surgery on healthy bodies.”

The clinic, which was rated “inadequate” by the Care Quality Commission’s inspection in January, is appealing the High Court ruling.

A 72-year-old woman’s arrest during a peaceful protest by a handful of people in November aroused the anger of Tory MP Sir Charles Walker.

Walker, the vice-chair of the 1922 Committee of MPs, was videoed berating the police as they lifted the woman by all four limbs and bundled her into a van outside Parliament. He repeatedly challenged the officers, asking, “Don’t any of you have mothers?”

Calling the incident “an outrage” and “an absolute disgrace”, he later reported the incident in the Commons, demanding the PM “sort this out”.

A police statement said the woman was arrested “for breaching the coronavirus restrictions” on gatherings, yet anti-racism protests involving hundreds of people went unopposed throughout 2020.

A Catholic disabled man at the centre of a legal challenge to save his life has passed away after being deprived of nutrition and hydration.

Life-sustaining treatment for the man, named only as RS in court documents, was ended on 7 January by doctors at the University Hospitals Plymouth NHS Trust. He died on Tuesday 26 January.

RS, who was middle aged, was left brain damaged after suffering a heart attack in November.

He was originally from Poland, where the government had been seeking to enforce a judgment from its own courts to have him airlifted to a Polish hospital for further treatment and care.

Doctors argued that ending life-sustaining treatment was in his best interests, a decision backed by UK judges and also supported by his wife, who said that he would not want to be a burden.

His mother, siblings and cousins, who were being assisted by the Christian Legal Centre, all disagreed with the decision and wanted him to be airlifted to Poland for further treatment.

Neurological consultant, Rev Dr Patrick Pullicino, told the court that videos taken by the family of RS in hospital suggested in his view that RS had a 50 per cent chance of eventually recovering to live an independent life within his own home. However, his written opinion was rejected as evidence by the UK courts.

The courts also rejected the suggestion of him being repatriated to Poland.

News of his death has been greeted by “sadness” from the Catholic Church.

A spokesperson for the Catholic Bishops’ Conference in England and Wales called the case “tragic” and said it had touched the hearts of many in the Catholic community.

“We are deeply saddened by the news of the death of Mr RS and offer sincere condolences to all of his family both here and in Poland,” the spokesperson said.

“We pray that what happened here will not be repeated in the future, and hope that all those requiring Clinically Assisted Nutrition and Hydration (CANH) will be treated with proper human dignity.”

“Providing food and water to very sick patients, even by assisted means, is a basic level of care.

“This care must be given whenever possible unless it is medically indicated as being overly burdensome or failing to attain its purpose.”

The Catholic Bishop of Plymouth, Mark O’Toole, who has been offering pastoral support to the family, said he was “deeply saddened” by RS’s death.

“My thoughts and prayers are with his wife, children, mother, sisters, and niece and with all those who loved and cared for him,” he said.

“Local clergy will continue to offer pastoral support to the family living in Plymouth, as they have done throughout his time in hospital.”

A prison chaplain banned for ten years was denied a judicial review by the High Court but can take his case to a County Court.

A High Court judge decided in January that Song can continue his legal fight, one day after the Ministry of Justice published evidence on extremism in Brixton prison that vindicates Song.

The Christian Legal Centre is supporting Song in the hope that the pastor can return to his
ministry.

Song says that “tolerance for any religious view other than Islam is precluded” in HMP Brixton.

He has served prisoners in Brixton for 20 years, yet in recent times has felt threatened and has been assaulted and abused by Muslim prisoners. Some of them took over the prison’s Christian chapel and celebrated the terrorist murder of Lee Rigby, yet Song is the one punished.

It’s not his first ban, but on the previous occasion a review concluded that his exclusion was “not reasonable” and he was reinstated.Andrea Williams, chief executive of the Christian Legal Centre, said: “The decision to ban Pastor Song from all prisons for ten years has sent a chilling message to anyone prepared to expose wrong-doing and corruption in our public institutions… This is a case that exposes the disturbing rise and influence of Islamic extremism and intimidation of Christians in our prisons.”

A petition supporting Pastor Song can be found at:  citizengo.org/en-gb

Women and Equalities minister Liz Truss made a speech in December that was welcomed by Intercessors for Britain (IFB) but labelled ‘bonkers’ by left wingers.

IFB leader David Borlase commented: “After many years of, in particular, LGBT demands being pandered to, there seems to be something of a shift. While we wouldn’t endorse everything in the speech… we felt this was encouraging for our prayers.”

Truss promised an equality agenda “led by facts not fashion”. She wanted to move the focus from groups to individuals and from “fashionable” issues of identity politics to economic and geographic inequalities.

Truss highlighted her intention to use “data and research” instead of “listening to those with the loudest voices”, and attacked political correctness for failing “to defend single-sex spaces, hard fought for by generations of women” and allowing “the appalling grooming of young girls in towns like Rotherham”.

She announced a ban on unconscious bias training in the government and civil service because it “does not improve equality” and can reinforce stereotypes.

Truss also condemned the idea that “if you are not from an ‘oppressed group’ then you are not entitled to an opinion” and announced new appointments to the Equality and Human Rights Commission so that the EHRC will focus on “fair treatment for all, rather than freelance campaigning”.

Research shows 1 in 4 UK adults can’t remember the last time someone outside their family called to ask how they are.

A poll of over 2,000 people, commissioned by Christian Premier Lifeline, has found that 26 per cent don’t get such calls, rising to 31 per cent in those aged 35-54.

Premier Lifeline has launched a campaign, Call5, to encourage people to call at least five people they know who might be lonely or neglected.

Premier Lifeline’s Jonathan Clark says: “Every one of us could play a role in helping a friend or a neighbour and it’s as easy as just picking up the phone.”

A High Court judgement has upheld the ‘right to offend’.

Kate Scottow was arrested at home, in front of her children, after transgender Stephanie Hayden told police she was offended by Scottow referring to her as a man.

Judges originally found the mum guilty and, incredibly, she was ordered to pay £1,000 compensation. However, in December the High Court overturned the ruling. The judges said that “free speech encompasses the right to offend” and criticised the previous decision as criminalising mere name-calling.

The Daily Telegraph welcomed the decision, saying police forces must note that “it is now established that being rude on Twitter is not automatically grounds for investigation”.

The “mark of the beast”

One of HEART’s partner pastors has given a clear exposition of what the Bible says about this famous “mark”. To be sent the MP3 or purchase the CD, email kingschurcharundel@gmail.com and request the sermon given on 24 January 2021 by Rev Mark Weeden. 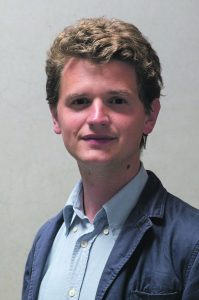 With uncertainty surrounding the vaccines currently being offered against Covid-19, many Christians have wondered about the ethical aspect of taking a vaccine which is made using foetal cells.

A scientific researcher has told HEART that certain foetal cells are an intrinsic part of generating the Oxford/Astrazeneca vaccine (even although all the cells are removed before the vaccine is finalised).

The cell line is called HEK-293 and was derived from the kidney of a baby girl who was legally aborted on medical grounds or was miscarried in the Netherlands in 1972.