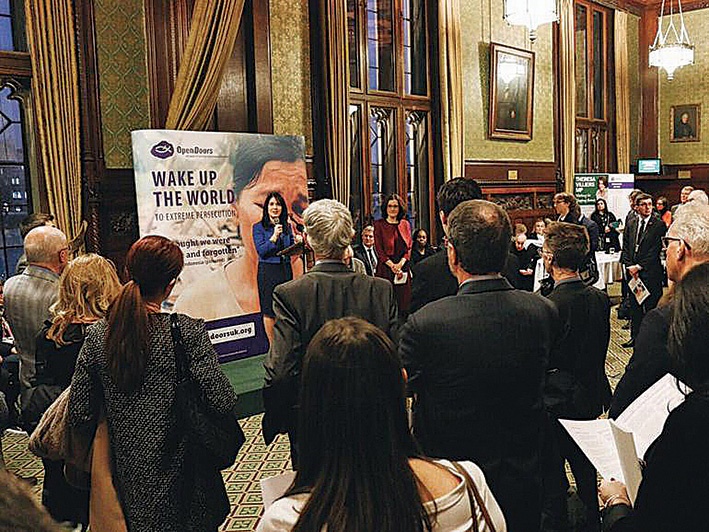 AFTER MPs were briefed on the horrific persecution of many Christians globally, they rushed to voice their shock.

MPs attending the 17 January briefing included Labour’s Ben Bradshaw and the Conservatives’ Fiona Bruce. Robert Courts, MP for David Cameron’s old seat, Witney in Oxfordshire, told Premier: “It’s utterly extraordinary that in the modern world where we would all hope to have freedom of religion and of belief, and freedom to practise that belief, it is devastating that so many people all over the world are persecuted for that fundamental basic human right.”

Jonathan Arnott MEP, who has just resigned from UKIP, tweeted that the event was an ‘eye-opener’.