London pro-lifers march for the unborn 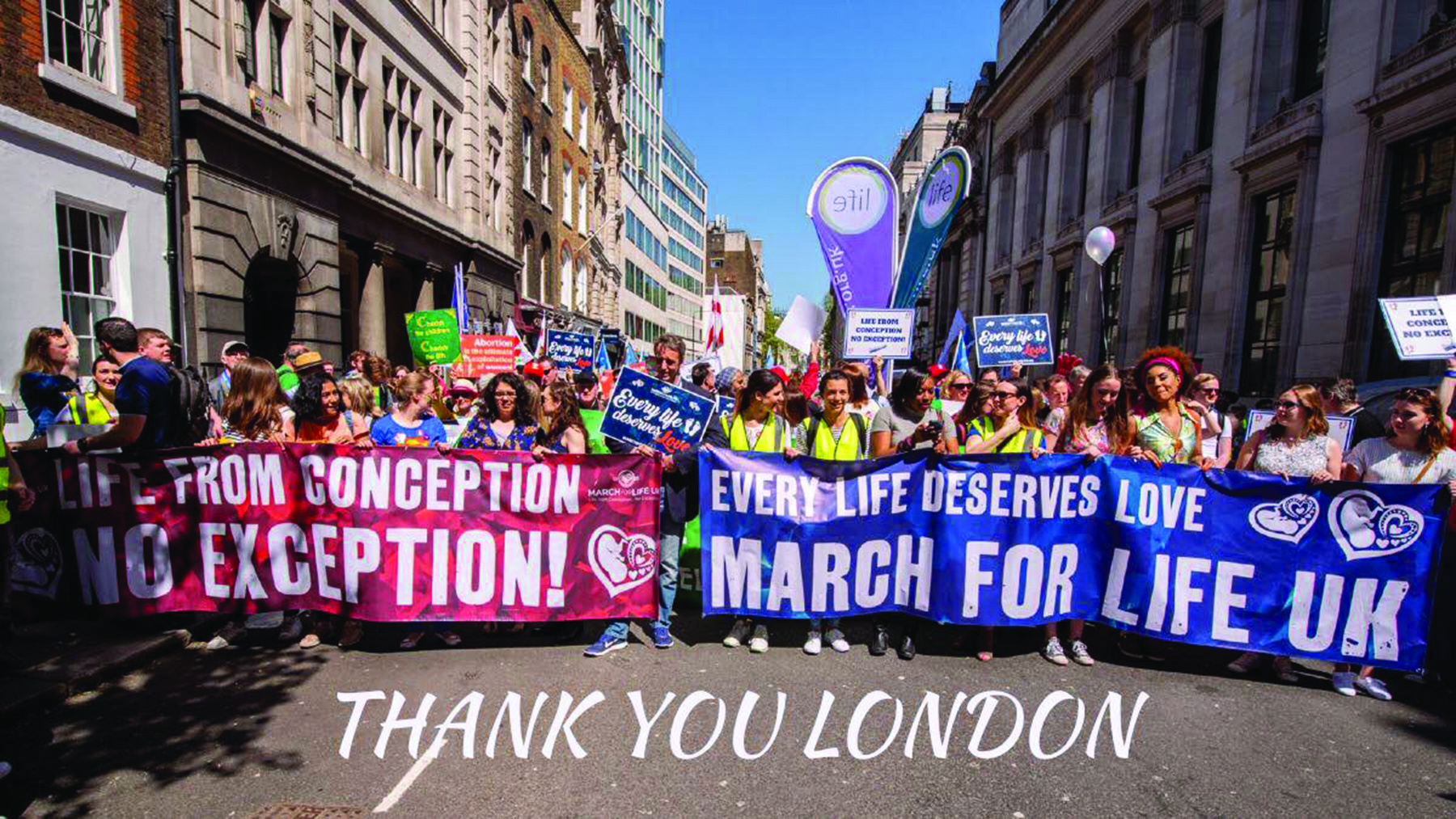 March for Life 2018 gets under way in London

Up to 4,500 people gathered in central London to celebrate life and march for an end to abortion in the UK on Saturday 5 May.

LifeFest 2018 and the March for Life, briefly featured on BBC’s Newsnight, ran with the slogan: ‘Life from conception – no exception!’

Seminars were held throughout the morning and speeches in the afternoon, before the march set off. Christian hip-hop artist Faith Child performed and gave the testimony of his mother who rejected abortion and chose life for her now award-winning son.

Aisling Hubert of Abort67, who attempted to bring prosecutions against two doctors who signed off gender-selective abortions, said: “We are fighting a war… that has taken the lives of 56 million innocent children worldwide every year… What will it take to win this war? Faith, action and perseverance.”

Arriving in Parliament Square, the marchers were verbally abused by pro-abortionists – one of whom threw food at the participants – but the marchers did not respond to the provocation.

The march came in the same month that the BPAS, Britain’s biggest abortion provider, claimed that post-abortion trauma is a “completely fabricated condition” used as pro-life propaganda. Shocked pro-lifers condemned the claim as ignorant of the research.