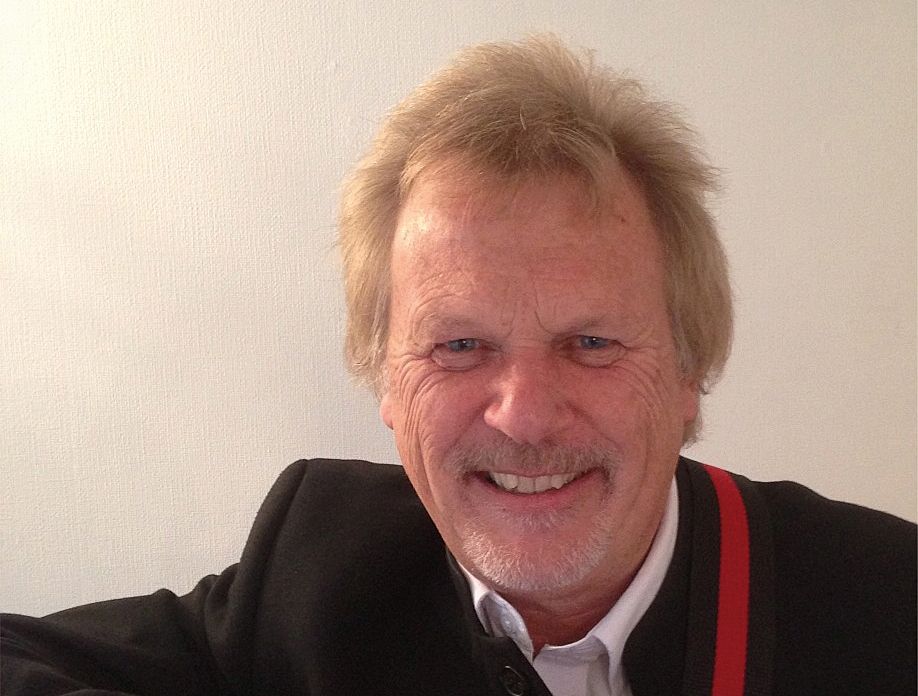 Did you spot this popular singing star on page 3 of our last issue? You’d be forgiven for not recognising the Christian rock singer of the 1970s and 80s as he was disguised in his other working uniform – that of a cathedral deacon! He tells CHRIS EYTE how cancer couldn’t stop that gravelly voice singing praise songs

SUPER SINGING STAR ISHMAEL is ‘well and truly back on the road for Jesus’ giving praise parties for children up and down the country after he cheated death by fighting off cancer.

Legend Rev Ian Smale, aged 65 and known as ‘Deacon Ish’ at Chichester Cathedral, is now in remission after he was treated following a diagnosis of Acute Promyelocytic Leukaemia in April 2008. He endured three years of chemotherapy plus All Trans- Retinoic Acid (ATRA) which gave him horrific side effects – worse than the chemo.

The timing of the cancer diagnosis in 2008 clashed with a new album release and a debut concert at the Spring Harvest Christian festival. At the time, the outlook for the singer’s health was very bleak. His wife Irene (also an ordained minister), his family and the cathedral clergy would support him in his little room at St Richard’s Hospital in Chichester, reading the Bible and praying. He also knew that supporters around the world were praying for him.

Ishmael told HEART: “I knew I was very close to dying and was told without treatment I would be dead within days. But I got to the point where I was ready to die because I do believe in heaven and a future with God.

“But I never wanted to die, even though I realised that there was a good chance I might. I was always hoping that God may have a little more for me to do down here and I am so grateful he has allowed me to move into extra time. I never stopped trusting him.”

The treatment slowly worked but had a negative effect on the singer’s hearing and his throat.

The sturdy singer refused to let his terrible ordeal beat him, saying ‘nothing stops me speaking, preaching and singing’ – although he did admit to having a rest ‘for a while’ after the serious operation.

He added: “After the op, the surgeon asked what I did for a living. I said I sing and work in a cathedral. Thinking I was in the cathedral choir he told me that I would not be doing that again! Little did he know that I am a rock singer, not a choir boy and most rock singers can easily get away with sounding a bit gravelly!”

Ishmael knows that God is his healer and said there was something very special about being part of the Church. He is also thankful to God for the hospital staff and he is now a volunteer chaplain to his old ward and visits it weekly spending time talking, befriending and praying for fellow leukaemia patients.

Every church-going child, and most adults, would have sung an Ishmael song at some point. He has been a major contributor to the worship scene, especially for youngsters, during the past four decades.

Ishmael has previously written and recorded more than 400 praise songs including ‘Father God I wonder’ since 1970 and released 40 albums. He has also released five music DVDs and written 11 books and three booklets. The singing sensation has featured on national TV and radio many times, supported all the Spring Harvest festivals except two when fighting cancer and led worship at events all over the world.

The popular singer said it was ‘amazing’ to be back on the singing circuit once again.

“But it also feels amazing to be able to taste food again, to enjoy a pint, to play golf again -badly – in fact, I thank God everyday that I am alive and throughout the day I constantly thank him for things that pre-cancer I took for granted.”

Ishmael’s latest projects include not only the road tour but writing and recording a ‘feel good’ praise album because he has ‘soooo….(sic) much to thank him for’ with help from Andy Piercy, Martin Smith, Cathy Burton, Dave Bilbrough and Aaron Frith. He is also busy as Chichester Cathedral’s non-stipendiary missioner deacon.

If you are suffering from cancer and would like to get in touch with Ishmael, email: ishmael@ishmael.org.uk