Hope for the broken-hearted

LONDON, January 23, 2019 – With the tragic news of the teenager apparently encouraged by Instagram posts to commit suicide amidst evidence of the widespread availability of such material on social media, here is a message of hope for depressed people desperately needing help.

I’m finally back home after a fraught and frantic, but fruitful, six weeks of saying goodbye to my dear mum, who died three days before Christmas, aged 95.

I am assured she is with the Lord as she made a personal confession in her last days while struggling with a combination of regret and pain. And if I had any doubt about the final state of her soul, my believing father-in-law confirmed matters in a call from his Hampshire home by telling us of a vision he had within minutes of her passing in the early hours of December 22nd. He saw an angel covering her tomb as if to welcome her into the heavenly kingdom.

I had earlier encouraged mum to pray after me (out loud) something resembling a traditional sinner’s prayer, but with an emphasis on trusting in the blood of Jesus for the forgiveness of her sins.

She had been a churchgoer most of her life but, as I shared with the congregation in her north London church at her funeral, her faith was more intellectual than personal and it was only because of what Jesus had done for her on the cross that she was now safe in his arms. 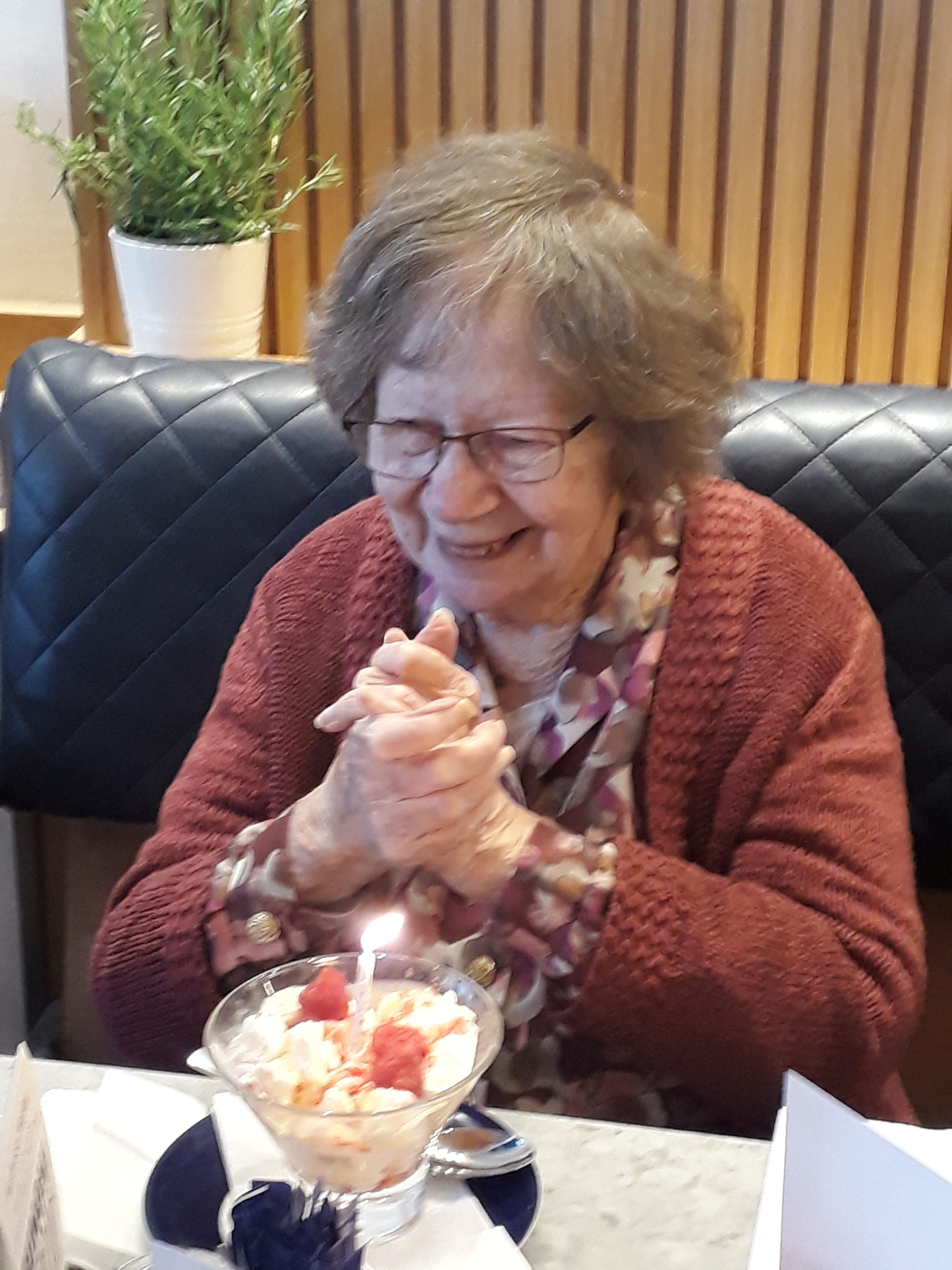 I realised many might have taken offence, but the gospel is an offence – especially to our pride – as it teaches that the qualification for heaven is not about ourselves or our own supposed goodness. It is entirely about Jesus, and the blood he shed for our sins. It was on this basis that the thief on the cross qualified for paradise.

Such is the generosity of our Saviour who, in the parable of the workers in the vineyard, paid those who were hired for the last hour of the day the same as those who had borne the burden of the work in the heat of the day. (Matthew 20.1-16) In a world preoccupied with self and doing things ‘my way’, it is not a popular message.

As I shared with my brothers, sister, son, daughter and in-laws who descended on the family home from Australia, New Zealand and the north of England, following Jesus is about giving up your life, your independence, and handing it over to him.

Jesus said: “If anyone would come after me, he must deny himself and take up his cross and follow me. For whoever wants to save his life will lose it, but whoever loses his life for me and for the gospel will save it. What good is it for a man to gain the whole world, yet forfeit his soul?” (Mark 8.34.-36)

It is only in following this advice that you will find perfect peace along with the power and presence of God in your life. And yet most of us opt for struggling on in our own strength, stubbornly refusing to give up our independence.

Such a choice leads only to death and destruction, disharmony and a disconnect with our Creator, who made us in his image so we could enjoy fellowship with him, both now and forever.

And yet because Linda (my wife) and I have experienced this wonderful relationship for a total of 87 years between us, we had the joy and privilege of being able to share its truths with family at a traumatic time in their lives, offering the “God of all comfort” (2 Corinthians 1.3) and the hope of eternal life to all who trust him.

I was even able to share this hope with the funeral director – that we are assured of mum’s eternal destiny only through her trusting in the blood of Jesus prefigured in the Jewish Passover. My son was duly asked to read the New Testament lesson (1 Corinthians 12.1-11) last Sunday, which prompted a wide discussion on our faith, and of its Jewish roots. And I was asked to read the Old Testament lesson (Isaiah 62.1-5) – “For Zion’s sake I will not keep silent…” How fitting that was, in view of my love for Israel! And my elder brother was grateful for a copy of my book, A Nation Reborn1, to take back to Sydney.

I was also able to encourage a delightful Jewish mother and daughter to trust God in the midst of their anxieties over Brexit on one of several visits to a local Italian restaurant. As St Paul encouraged the Roman Christians through all the trials they had to endure, “In all these things we are more than conquerors through him who loved us.” (Romans 8.37)

In a beautiful passage about the joy of those who trust in the Messiah, the prophet Isaiah wrote: “Strengthen the feeble hands, steady the knees that give way; say to those with fearful hearts, ‘Be strong, do not fear; your God will come…to save you’.” (Isa 35.3f)

1Published by Christian Publications International and also available on Amazon.

The forgotten friend of Israel