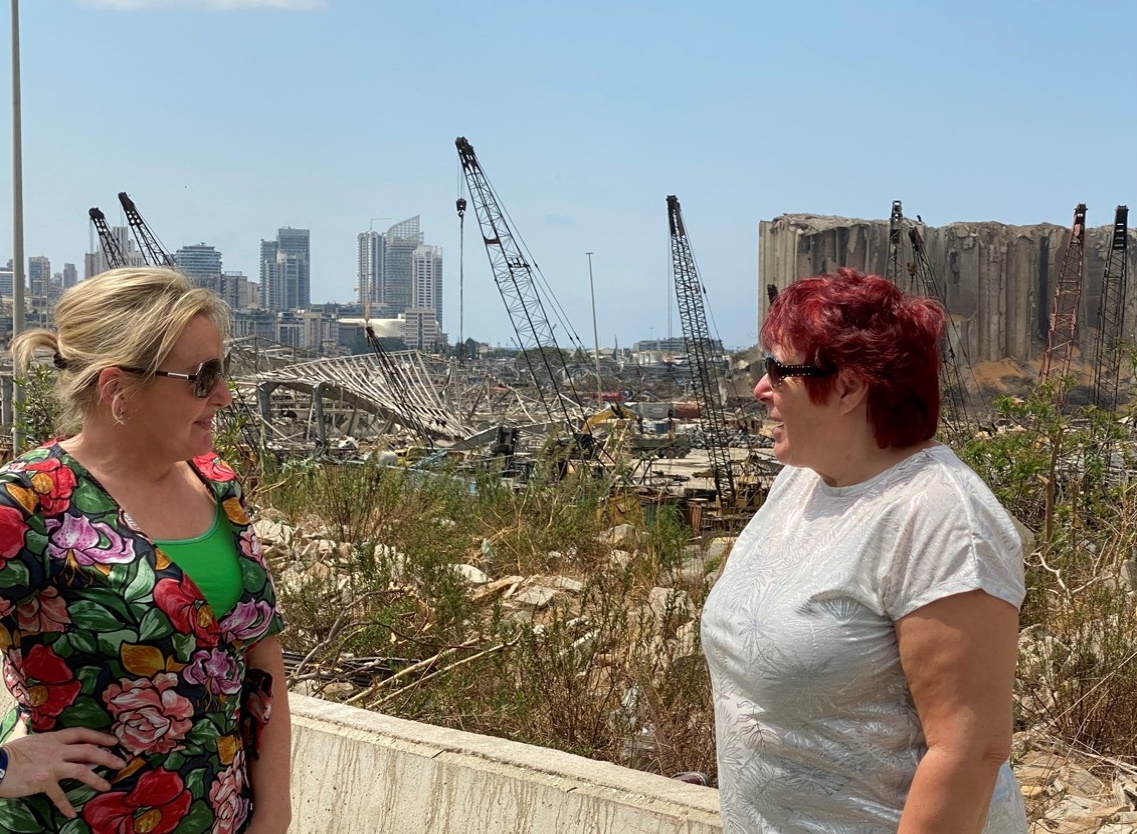 Christy and Linda Smith flew to Beirut on 23 August and spent eight days working with several organisations and local churches to help in the aftermath of the explosion which damaged much of Beirut on 4 August.

Official numbers showed that 200 people were killed and 300,000 were made homeless.

The explosion was caused by a fire breaking out in a warehouse storing 3,500 tons of nitrate, said to be the equivalent of ten per cent of Hiroshima’s destructive power. The cause of the fire is still unknown but it is believed it was started by a device of some sort.

As well as being pastor of Brighton’s Elim church, Christy is a police chaplain and often flies into trouble spots. This time he took his wife Linda, a trained Christian counsellor, and Dr Julia Muir, director of Theo Therapy Ministries.

Christy told HEART: “The explosion has had a destabilising effect on the whole of Lebanon’s population and has left a sense of hopelessness. And after the explosion, a Covid curfew had been imposed from 6pm to 6am, which meant that people could only go out in the daytime. Our hotel couldn’t supply food at night as the staff had been sent home.”

Young teenagers and children were particularly affected by the explosion

Their main priority was to bring psychological first aid, helping people understand the effects of trauma. Christy said: “We discovered from talking to church leaders and government officials that young teenagers and children were particularly affected psychologically by the explosion.”

Several schools have asked for training in trauma counselling

He is in touch with several Beirut schools who have asked them to return to provide trauma counselling and training for school teachers, so they plan to run a five-day course teaching biblical principles on overcoming trauma. “It both helps people and equips them to help others.”

The disaster has brought life and death questions to the fore, though.

Their hospitality was quite humbling

“It’s an incredible country with an amazing openness towards and tolerance of the Gospel,” says Christy. “Many people are responding to the basic message of hope, peace and love found in Jesus. We were able to give our testimony in the homes of people sitting with blown out windows – their hospitality to receive us and our message was quite humbling.”