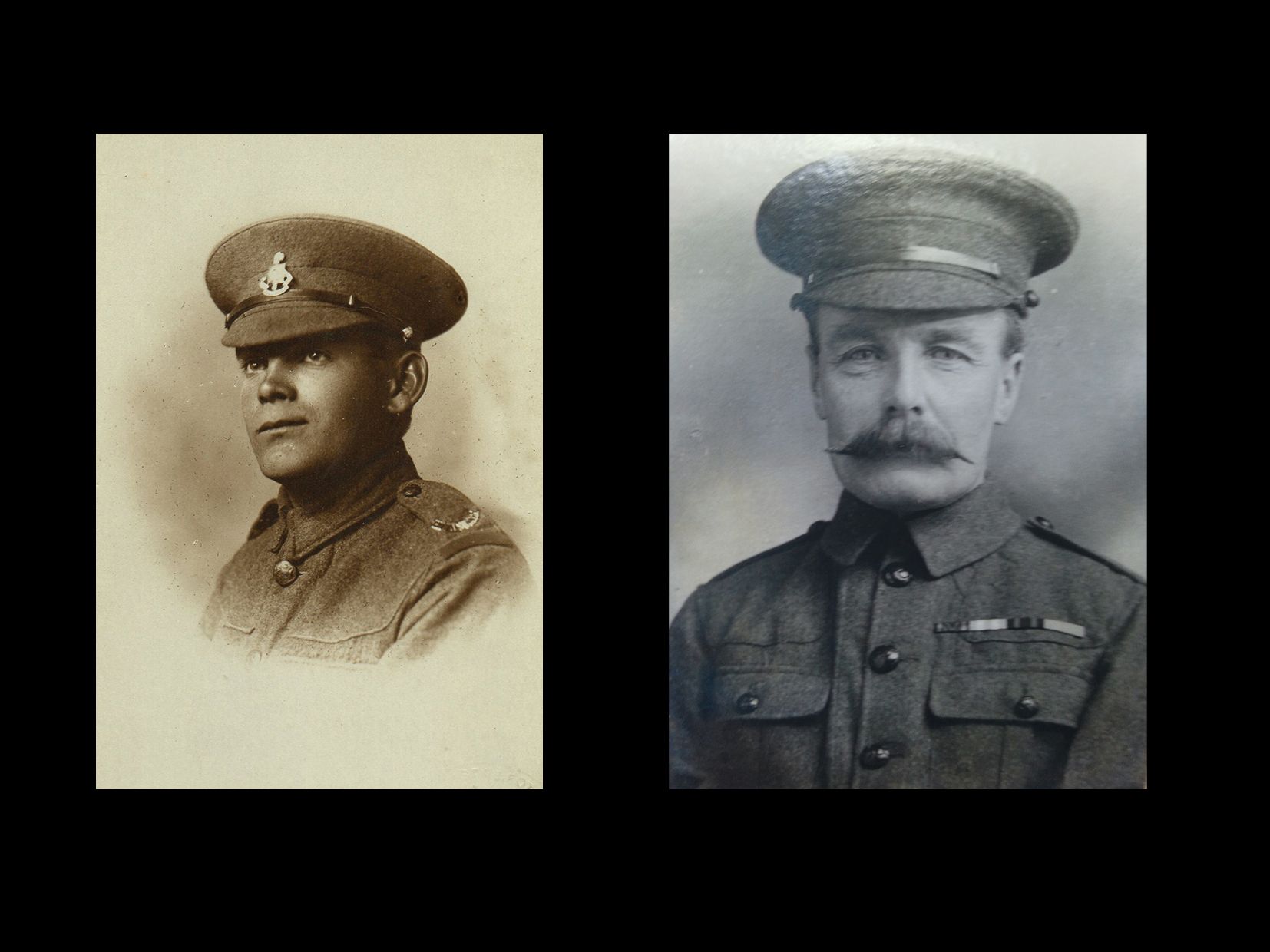 There are some incredible testimonies of the heroic deeds of men and women of Christian faith during the First World War. Chris and Linda McCanna of Worthing were so inspired by these tales that they organised a ‘Greater Love’ exhibition which drew 100 visitors at the town’s St Paul’s Centre

LINDA MCCANNA told HEART the story behind their event

As the news media began reflecting on the upcoming centenary of WW1, my husband Chris had a growing sense that this was a God-given opportunity for the Church to engage with the community.

We were gradually led to the idea, as local Christians, of putting on a display to commemorate the centenary. Chris came across the excellent DVD ‘Greater Love’ produced by CVM (Christian Viewpoint for Men). The DVD uses reflections and testimonies to show how Christians past and present have lived out their faith in times of war.

We selected various poems, diary entries from soldiers and photographs to display, illustrating the lives of servicemen. Also, we showed specially produced literature such as a replica of the St John’s Gospels given to troops plus appropriate Christian literature for visitors to take away.

The event was opened by ex-serviceman and former mayor, Major Tom Wye. Cllr Vic Walker, current Mayor of Worthing and a member of Elim Church, later visited the exhibition with his wife Rosemary.

Visitors included a man wanting inspiration for a project on the pacifism movement and a teacher who asked if she could take away our literature to use in the classroom.

Our aim was to provide a space for personal reflection and to enable people to hear about the ultimate ‘greater love’ of Jesus. It was interesting talking to people, reading their comments in the visitor book and to see how they were genuinely touched by the display.

We had the generous help of itinerant evangelist couple Michael and Yvonne Brown and fellow members of our church, Coastlands. We want to say a big thank you to all our helpers!

‘THE LOVE OF GOD IS A MORE POWERFUL FORCE’

REV GEORGE WOOD (retired) recalls finding himself swinging dangerously on a parachute above a target he had just bombed after bailing out of his damaged RAF plane.

It was the year 1943 in France. As big Nazi bullets ‘buzzed around [his] ears’ Rev George, now aged 93 and registered blind, realised that history was repeating itself. His father Albert had also experienced bullets buzzing ‘like mosquitoes’ while fighting Turkish soldiers at Gallipoli in the Great War.

Rev George said: “When my dad first experienced bullets whizzing past him, he thought they were mosquitoes, but much bigger than the ones in Sussex.

“There is a well-known saying that has stood the test of time: ‘All is fair in love and war’ – but, like my dad, I couldn’t hate the enemy, though at the time, I couldn’t love them, either.

“St Paul, however, reminds us that: “When we were God’s enemies we were reconciled to him through the death of his Son” (Romans 5:10).”

Rev Wood remembers that Albert and his brother Ernest were ‘country bumpkins of simple Sussex stock, with only an elementary education, now about to be thrown in the deep end of an awful, costly conflict’.

Most of the men in the Royal Sussex Regiment had never been outside the county however – so a trip to the Middle East was an exciting adventure.

Both brothers later survived the conflict but another relative was gassed to death in the trenches.

Rev Wood knows how warfare horrors can affect family life – even in little ways. His dad Albert even kept a jug of water by his bedside after 1918 because he had been so thirsty during the fighting.

The retired minister berates the current profitable worldwide arms trade as ‘obscene’ and said: “What a wicked waste of those who had been made in the image of God – yet politicians continue to waste precious lives, not realising that the love of God is a more powerful force than that which man uses to settle differences.

“I have been blessed with lovely grandchildren. Two of them have a German father, and another has a Turkish father. Love is stronger than hate.”

‘TALK TO ME ABOUT ETERNAL LIFE’ – FRONT LINE MEMORIES

Here is a typical report from the Western Front on ‘spiritual things’ courtesy of The Soldiers’ and Airmen’s Scripture Readers Association (SASRA). ASR Ransley, writing in January 1915 from Wimerieux, near Boulogne in northern France, recalls the importance of faith to soothe the troubled souls of ordinary men facing the grotesque carnage of war.

“I gave a young soldier of the Welch Regiment a lavender bag. He was badly wounded in the right hand and was very ill as a result of a haemorrhage overnight. When he read the text, ‘The gift of God is eternal life’ which was attached to the bag, he began to cry and said, ‘Please talk to me about this.’ I coupled the text with John 3:16, and spoke briefly about God’s gift of love and then prayed with him. I afterwards wrote a letter to his mother for him, for which he was most grateful.”

“… A wounded patient, 20-years old, told me in the presence of others in the ward: ‘What I hate most of all in fighting is bayonet work. I have been in three bayonet charges. The third one was known to be going to take place at 6pm. At 4pm we were warned about it. At about a quarter to six we got clear of our trenches and wire entanglements and waited.

“Presently our officer said: ‘Pass the word along – the last five minutes.’ It struck me as being a strange order, and I could not help thinking that the officer intended it as a warning to prepare for the possible end of this life, as well as attacking Fritz.

“At any rate I prayed to God, and afterwards learnt that others of my company did the same. At 6 o’clock we charged, we were soon met by the Germans, but we went through them and into their trenches, and an awful slaughter in a hand to hand fight followed. For many it proved, ‘The last five minutes.”

“Of course I seized at this story and applied it to spiritual things.”