God’s roadmap out of this mess

May 25, 2021 forgiveness, prophecy, repentance and reconciliation 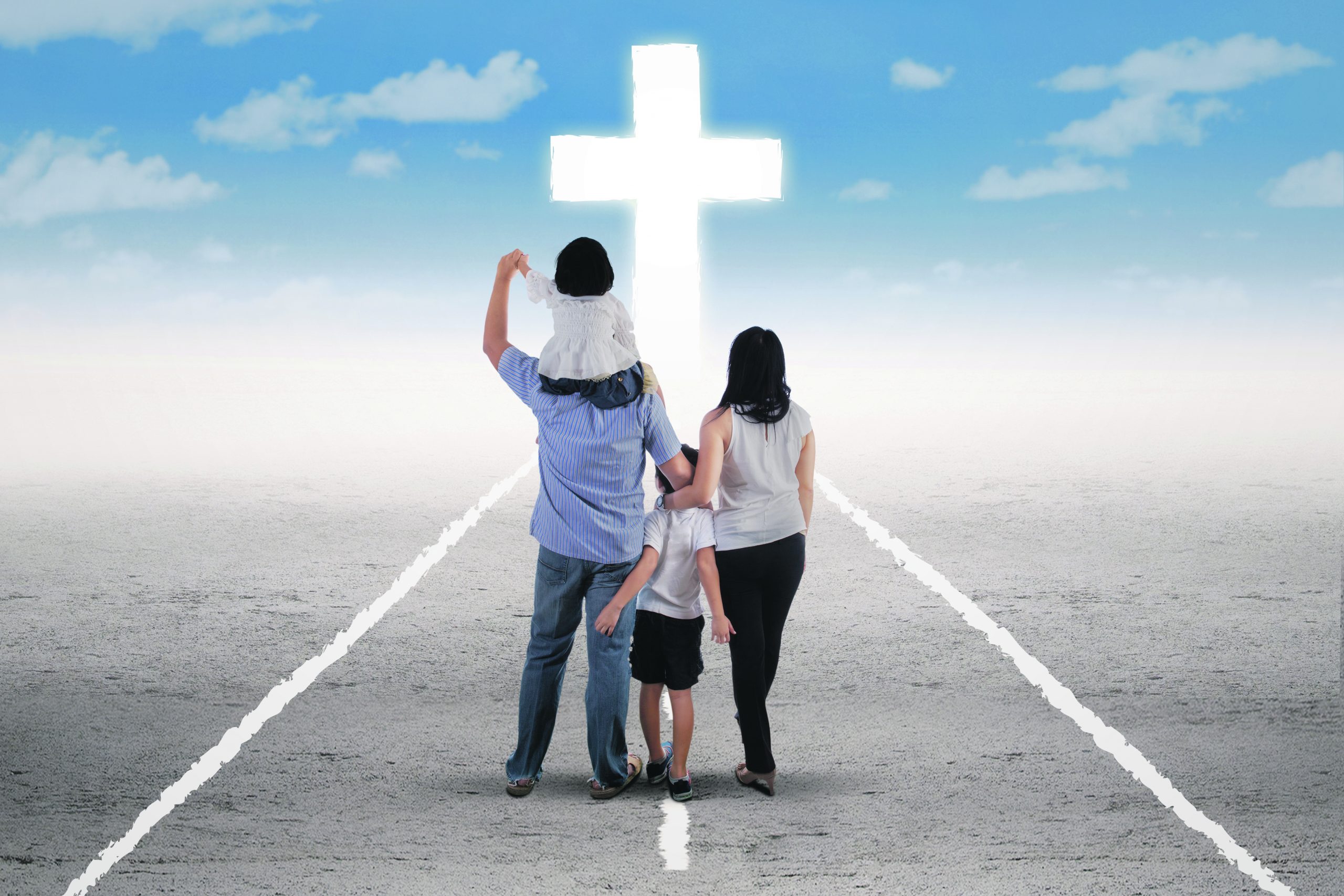 The Bible always gives a choice

While the nation waits to see whether the government will lift its restrictions on normal life, a decade-old prophecy appears to present God’s roadmap for this time.

Judgement on the British Isles was prophesied ten years ago by respected Bible teacher Lance Lambert in one of his last major messages.

It warned that Great Britain’s godlessness had reached a stage where God had no alternative but to act. We had been a Christian country with revivals rather than revolutions, but had since paganised our land, state and institutions.

The Bible pattern is always to give a choice; people can return to God in the comfortable times or suffer circumstances which will drive them to their knees in desperation.

In 2011, the prophecy warned that the economy would be wrecked and the nation destabilised “in every way.” Even our climate would be changed.

Already the economy is deeply damaged. In one year the government has spent £352 billion to safeguard the nation from the Covid-19 virus.

The government has been spending £40 billion a month to “prevent the healthy from working”, as Lord Sumption pointed out in November 2020. This monthly figure dwarfs the one-off £39 billion exit fee from the EU that seemed an outrageous amount two years ago.

Yet the mainstream media barely reports the real life situations, apart from saying the economy has had the biggest contraction for 300 years. The pain has been put off because millions who were furloughed have had their rent paid or mortgage holidays. The Chancellor extended the furlough scheme until this September, although many may have no job to return to after businesses have gone to the wall.

The warning signs are there; inflation doubled in April when clothes and petrol began to rise. Raw materials have risen by 9% which will be passed on to consumers.

Meanwhile the extremely rich are getting even richer. Forbes’s annual billionaires list, released this April, found the total wealth of the world’s richest increased by more than £364 trillion during the first year of Covid, with a record-breaking 2,755 billionaires – 493 more than last year.

But the Bible promises hope and provision – if people simply turn back to God.

A merciful God is waiting to hear prayers of repentance

The message delivered on 6 August 2011 by the late Bible teacher Lance Lambert was by no means the first; God has been warning for decades through various Christian leaders that Britain was in peril. While no prophecy outside the Bible is perfect, the similarity of the messages can inspire confidence that God has been trying to get through to us.

A similar warning of economic stress came via Chris Wickland of Living Word Network, Hampshire. The prophecy he received included a warning that, while God wanted to bless Britain, it would endure three years of humbling before life improved: “Mark my words, punishment will come for the sins that have covered this land.”

In fact, although Chris Wickland received his message on 28 November 2019, well before the virus’s existence was known except to a few, he ‘died’ the next day and only survived a severe cardiac arrest thanks to the prayers of Christians around the world, organised by his wife. (This report featured in a previous issue of HEART). Survivors of his condition were usually left unable to walk or talk, but Pastor Chris was soon back in the pulpit. He told HEART, “The message also reveals the devil’s plan to shut down the Church. I knew when I received this word that the enemy was very angry because his plans were being revealed”.

His prophecy also said that God would work with a remnant of the Church, which prayer leader Brenda Taylor expects as well.

Churches being closed overnight was one of the warnings from Pastor Wale Babatunde in his book, ‘Awake! Great Britain’ in 2005, a decade when a number of Christians felt compelled to write books warning of the state of the nation.

So is there a way out of this decreed judgement? Yes – through prayer for God’s mercy on a nation that has turned her back on God in public and private.

The history of Israel as revealed in the Bible shows that God’s nature was and is merciful. Christians have been quoting the promise given to King Solomon (2 Chronicles 7:14) for years and Chris Wickland’s prophecy both paraphrases this and leaves the door open:

“But the punishment, as I always punished Israel in times past, was so that it may bring them to repentance and may bring healing to their land; that when the people are humbled they would pray to me and I would turn in my mercy, I would forgive them their sins and I would then heal their land. I am going to bring punishment to this nation – a time of humbling – but this punishment is not to destroy this nation. This punishment is to humble her and to chastise her, that she may repent of her wicked ways and turn back to me”.

Nations and individuals can turn back to God in a moment by confessing their sins and asking for God’s grace to turn from “leaning on their own understanding” and “acknowledging him in all their ways” (Proverbs 3:5-6).

Preachers have said that God is ready to forgive lying politicians, the media and those who shed innocent blood – IF they turn from following their own devices and acknowledge that Jesus paid the price for our sin on the Cross.

Back in 2011, Lance Lambert’s message threw out a desperate challenge to evangelical Christians: “Will you who know me and love me go blind and dumb and deaf into this judgement?”

This challenge is more urgent than ever and without the facility to meet in public arenas, “those who know and love” God must create the opportunities to stand before him and “plead the finished work of his Son” and “cry out … that there will be those who turn from darkness, from sin, and be saved”.

The challenge for Christians is how and when to meet to pray for the nation. Many have tired of online meetings over the past year and quote Hebrews 10:25 which exhorts believers not to give up meeting. The promises of Jesus – that he would be present when two or more were gathered together – are also quoted, because many believe they are called to meet corporately, not virtually.  One asked recently: “How come so many churches have been willing to open their doors as a vaccine centre, but not to celebrate the God who conquered death?”

Resources: For Chris Wickland’s prophecies, contact his church or email the HEART office or send sae. For MP3 versions of messages based on Lance Lambert’s prophecy and the state of the nation (dated 2, 9 and 16 May), email kingschurcharundel@gmail.com

Hear the voice of the Lord, O Isles that I have so greatly loved and favoured. I the Lord the Almighty, I took you when you were nothing, clothed with skins and woad, and through my saving power, I made you great. When you were nothing, through my Word and your faith in me, I lifted you and made you GREAT Britain. Through many awakenings and many revivals, stage by stage, I took you until you became a great power with the greatest Empire in the history of the nations.

From you my Gospel and my Word went throughout the world, and tens of thousands came into an experience of saving faith! That Empire with all its many failings and weaknesses was still one of the most just and righteous Empires of history.

Those Isles of yours were soaked with the blood of my faithful martyrs and its soil received the burnt ashes of those who would not renounce my name, my truth, and my Word. I, the Lord have not forgotten those who gave their all for me!

“They paganise their land, state and institutions”

But now the whole nation that I created and sustained has turned from me. They paganise their land, state and institutions; there is no voice heard to warn the nation. False religion, the work of world rulers of darkness, cover your Isles; A Laodicean church, neither hot nor cold, rumbles on like machinery. It is a church where I am outside of its routine; its organisation and its methodology. It is Christianity without me: Religion without me!

“Will you who know me and love me go blind and dumb and deaf into this judgement?”

My being is seared with pain, for judgement is determined against your land. I can do no other. I will destroy the vestiges of her greatness; I will return her to her first estate. I will wreck her economy, destabilise her in every way. I will change her climate, even her weather. I will prove to her that the way of the transgressor is hard and terrible. I will allow demonic forces held in check erstwhile by my Word and Gospel, and the living faith of so many, to become rampant in her social life, to the destruction of her society. 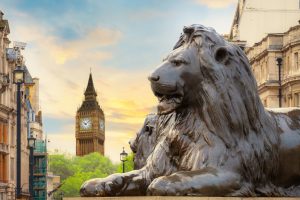 Will you who know me and love me go blind and dumb and deaf into this judgement?

It is time for you who love me, who are faithful to me, to take action! Stand before me and plead the finished work of my Son. At least cry out to me, that there will be those who turn from darkness, from sin, and be saved. For whosoever shall call upon my name in the midst of these judgements, I will save!

It will cost you everything to stand in the gap, but you will enter into my heart, and know deep fellowship with me. Such travail conceived in your heart by my Spirit will cost your deeply, but it will end in my throne and glory.