Gallipoli: Evidence for the hand of God in history 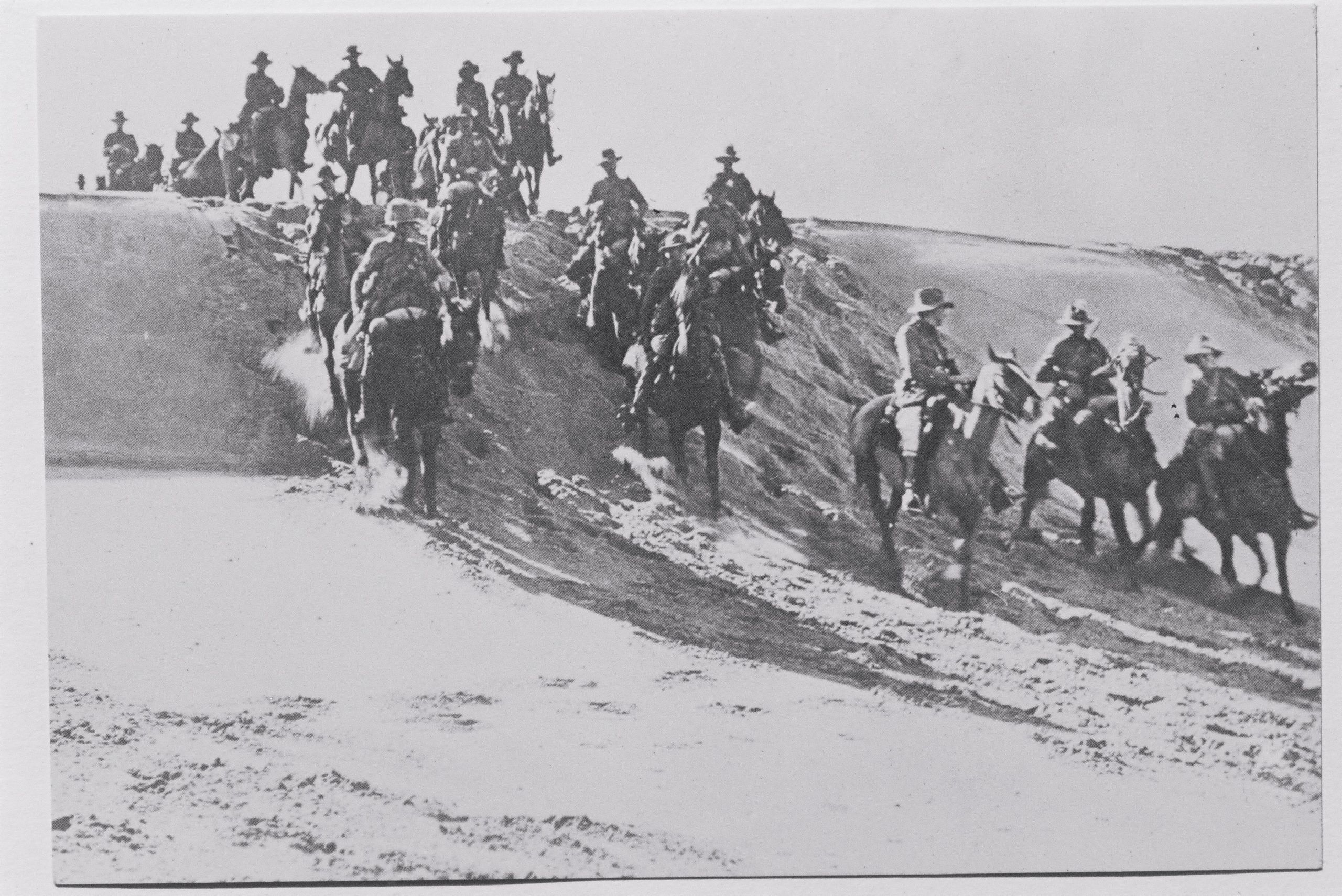 Thousands of Commonwealth and French soldiers were lost, but it led to Britain keeping control of the Holy Land

‘Gallipoli – the road to Jerusalem’

by Kelvin Crombie at Prayer for Israel day, Swanfield Chapel, Chichester, 2 May 2015

Confession. I tried for nearly three weeks to write up this enthralling subject that saw a beautiful chapel in a quiet road in Chichester packed with visitors. I set myself the usual deadlines and rewards – to no avail. I longed for someone else to have written up the day and hinted heavily to friends who’d been there too, but presumably they too felt daunted in the face of author Kelvin Crombie’s detailed research. I think most of us were left awestruck at the intricately woven evidence he presented.

Such is Mr Crombie’s reputation as an historian who, with Aussie irreverence for man’s opinion, dares to trace the hand of God through the Middle East’s turbulent history, that visitors descended from West Sussex and Hampshire and organiser Siew-Ping Crane of Harvest Church and her team of volunteers had to put out extra chairs.

Even more astonishing was that many exiled Jews had expected Germany at one stage before World War 1 to be the nation to bring them home. Of course Germany did play a part in forcing the surviving Jews out of Europe, but in an unspeakably terrible way through the Holocaust.

“Someone much bigger than politicians and generals wrote the script for the outcome of World War 1,” claimed Mr Crombie.

He traced the history of the land of Israel as a buffer zone between empires for several millennia before the first century AD, and then also during the last 19 centuries, when it was often neglected and unloved – except for her strategic value.

With the Reformation, though, the advent of the printing press meant that more lay people could read for themselves about the prophesied return of the Jewish people to their land a second time. (The first time was thanks to King Cyrus of Persia – hence the term a ‘Cyrus nation’ was used for Britain when she issued the Balfour Declaration and its promise to allow the Jews to return – which was endorsed under the subsequent League of Nations Palestine Mandate.)

“Accordingly, many ‘Daniels’ began to remind God of his Word in the 1600, 1700 and 1800’s and interceded so that Jesus could return as King of Israel,” Mr Crombie explained. “So the restoration of modern Israel is not just a product of the Zionists. Having researched this for many years I see this as a great testimony to God’s working through history.”

Come the end of 1914, Britain was focussed on getting arms through to Russia because her former ally, Turkey, had secretly switched to Germany’s side, and was defeating the Russians. The way to Russia lay through the narrow Dardanelles, vigorously defended by the Turks.

This was where the Anzacs (Australia and New Zealand Army Corps) entered the fray, sending a convoy of 28,000 men destined for the Western Front. For several reasons, though, the Anzacs had to winter in Egypt where they could defend the Suez Canal, and after training there they left instead for Gallipoli…

By 18 March 1915 it was clear that British and French fleets would not break through the Turkish defences at the Dardanelles and a land battle was needed. The Allies were defeated by the Turks at Gallipoli (who were ably led by Mustapha Kemal, or Ataturk), with tens of thousands of men perishing on both sides.

But, had the Allies (Britain and France – the French suffered over 7000 dead there) won at Gallipoli, secret demands and agreements meant Britain would have had to cede Constantinople to the Russians, while the province of Syria (which included so-called Palestine) would most likely have been claimed by the French.

In this event there was little likelihood of a Jewish restoration to the ‘Holy Land’. But just such a restoration occurred within the context of the following campaign, when British and Anzac troops ultimately defeated the Ottoman Empire and liberated Beersheba and Jerusalem.

We could see why the Australians commemorate Gallipoli as their national day – it was the first time they and the New Zealanders fought as sovereign nations – and what a fitting context in which to find your national identity.

There is much more to be said, but if it was easy, Mr Crombie would not have needed to write a book and make a DVD of the whole extraordinary sweep of events.

Those who want to dismiss modern Israel as an accident of history and the Jewish people as replaced by the Church in God’s end-time purposes should examine this material for themselves. We were left awestruck at the intricately woven evidence.

As the founder of the Christ Church Heritage Centre in the heart of Jerusalem’s Old City and one who lived in Israel for 25 years (including several years in a Muslim village), Kelvin Crombie has been led to several remarkable historical and archaeological discoveries.

One of his finds featured in HEART’s November 2013 issue – that of a Bible presented to Field Marshal Montgomery by the Jewish leadership of Palestine following the victory at El Alamein in 1942. Accompanying the Bible was a parchment with these words in Hebrew and English: “Field Marshal Viscount Montgomery, the gallant leader of the victorious British forces by whose hand God has placed salvation in Zion in the days of El Alamein.”

More can be read of Kelvin Crombie’s lifelong research at www.heritageresources.com.au

The history of Britain’s dealings with Israel before and after the Mandate period is contained in the film ‘The Destiny of Britain’ by award-winning documentary maker Hugh Kitson, available from Hatikvah Film Trust.

The God who restores

The scene was set for Mr Crombie’s revelations through a snapshot of The Church’s Ministry among the Jewish People (CMJ) by Jane Moxon, its Development Officer.

She reminded the audience that the early Church was Jewish until increasing numbers of Gentile believers lost sight of their Jewish roots. “Then the Church turned on the Jews, resulting in centuries of persecution. Next the Church lost the Holy Spirit, then Jesus…”

With the Reformation, the Bible was restored to believers in their own languages, so the Gospel could be presented to the Jewish people again. CMJ was born in the 1800s and still has four bases in Israel as well as European branches. In the Holocaust many Jewish people associated with CMJ were ‘wiped out’, Mrs Moxon said. “As many as 250 went to the death camps with those they loved and served.”

But “God is a God of restoration – he’s restoring the Church’s Jewish roots to her and has restored the Jews’ land to them,” she claimed, and offered this comforting thought: “He’ll also restore things which have been stolen from your life.”