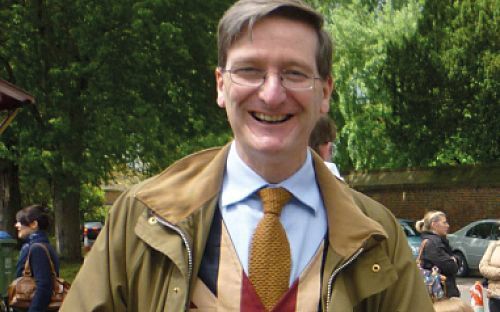 FORMER ATTORNEY GENERAL Dominic Grieve believes public figures including politicians should not be afraid of ‘doing God’ in the workplace.

In an interview with The Telegraph, the Beaconsfield MP said Christians must be allowed to live out their faith without fear of intimidation or exclusion for their beliefs.Mr Grieve, an Anglican, disagreed with Tony Blair’s communications director, Alastair Campbell, who once famously said: “We don’t do God’.

Mr Grieve said: “I think politicians should express their faith. I have never adhered to the Blair view that we don’t do God, indeed I’m not sure that Blair does. I think that people with faith have an entitlement to explain where that places them in approaching problems.

“It doesn’t mean that we have the monopoly of wisdom, but I do think Christianity has played an enormous role in shaping this country. It’s a very powerful force in this country [but] I think it’s underrated, and partly because in the past it has failed to express itself as clearly as it might.

“Recognising people’s right to manifest their faith and express it is very important.”