These weird and wonderful creatures defeated Darwin and Dawkins

There are many scientific problems with the theory of evolution, and some of them just won’t go away. 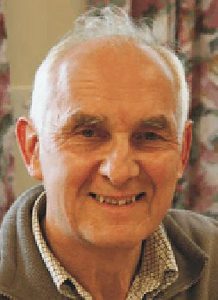 One of the most serious relates to the “Cambrian Explosion”, which some scientists have called the “biological big bang.”

According to the evolutionary timescale, the Cambrian rocks are some of the oldest on earth, and should contain evidence of ‘simple’ forms of life. Yet the Cambrian fossil record reveals a plethora of complex organisms, with no evidence that they had ‘simpler’ ancestors.

In his famous 1859 book, ‘On the Origin of Species’, Charles Darwin said he could give “no satisfactory answer” for the absence of these ancestors, and that this could be “truly urged as a valid argument against the views here entertained.”

At least 19 different animal groups make their sudden appearance in these rocks. Even well-known atheist and evolutionist Professor Richard Dawkins admitted: “It is as though they were just planted there, without any evolutionary history” (‘The Blind Watchmaker’, 1987).

In 1909, geologist Charles Walcott was digging for fossils in the Burgess Shale, high in Canada’s Rocky Mountains, when he made an amazing discovery — thousands of fossils of curious creatures. Over the next 15 years he found over 65,000 fossils! 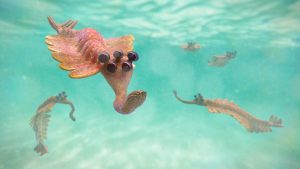 Many of these bizarre creatures had never been seen before. They included the marine creature Opabinia, which had five eyes, and the spiky 14-legged Hallucigenia.

Neither is there any evidence that they were the ancestors of creatures living today. The late Professor Stephen Jay Gould wrote a whole book about the Burgess Shale (‘Wonderful Life’, 1989), commenting that “not a single new phylum, or basic anatomical design” had been added since these Cambrian creatures lived. So much for the theory of “increasing complexity”!

Explanations for the absence of fossil ancestors include: they were too soft to fossilise, the fossils have been destroyed, or we simply haven’t found them yet.

But there is another explanation: these creatures never had any ancestors but were designed by God in the beginning. He is not only the Creator of “all things bright and beautiful” but “all things weird and wonderful” too!