Christian Concern: Fighting for freedom to live out the Gospel 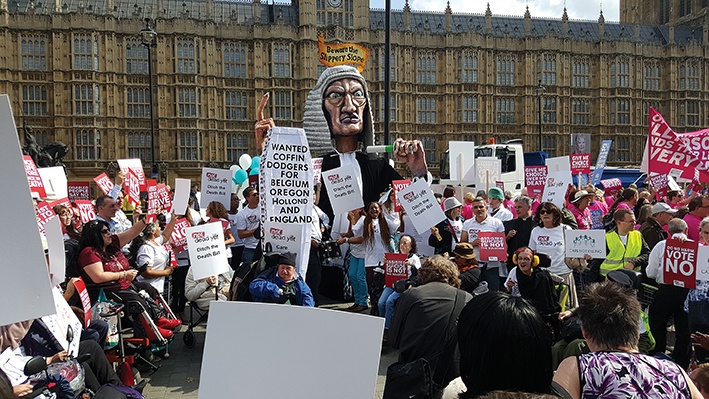 2015 was another challenging year in our post-Christian nation. Two leading campaigning groups present their reviews of 2015  – and predict what may lie ahead of us…

It’s been a big year for us at Christian Concern, as we continued to speak boldly of Jesus Christ, the hope of the nation, in the public square.

The General Election in May was a big focus.  It was exciting engaging with the public as we sought to introduce the truth found in Jesus Christ to the national debate.  Our ‘The Power of the Cross’ campaign focused on four vital areas: human life, family, and our freedom to live out and speak the Gospel.

Part of the campaign involved our supporters sending postcards to candidates, challenging them on these important issues. These were taken up enthusiastically – we distributed half a million!

We continued to appear regularly on TV, radio and in the press when called on to add our voice to those topics on which the Lord requires us to take a stand.  The media is fast-paced and we’re often called last minute, which keeps us very dependent on God.

Our Assisted Suicide rally and parliamentary campaign in September were amazing. We particularly enjoyed working with disability groups as we defended the basic right to live. The rally got global attention – especially our famous giant judge effigy – and we believe our presence made a big impact on the parliamentary debate! The outcome showed the power of taking a step of faith and publicly standing for Christ.

We thank God that the Bill was rejected, and we are now at the forefront of resisting any liberalisation of the law through the courts.

We face ongoing challenges with broader issues of public and political concern – most recently, the government’s ‘counter-extremism’ proposals.

As the year draws to a close, we are more convinced than ever of the need for clear, compassionate proclamation of the Gospel in public life.

We’re reminded that in the midst of a suffering society which has rejected God, the Lord reigns!

In John 16:33 Jesus says: “In this world you will have trouble. But take heart! I have overcome the world.”

So we keep fighting to bring Jesus back to the heart of the nation. But we couldn’t do that without the help of our 80,000 supporters.  Our email subscribers continue to receive weekly email updates on our work, and we visit churches across the nation at least once a week.

We believe that together, we can see greater change. We encourage you to partner with us in prayer for 2016 and let us all boldly contend for repentance, for restoration and for revival.

We’ve celebrated some victories at the Christian Legal Centre and continue to stand with our clients, who have honoured Christ through their courageous conduct.