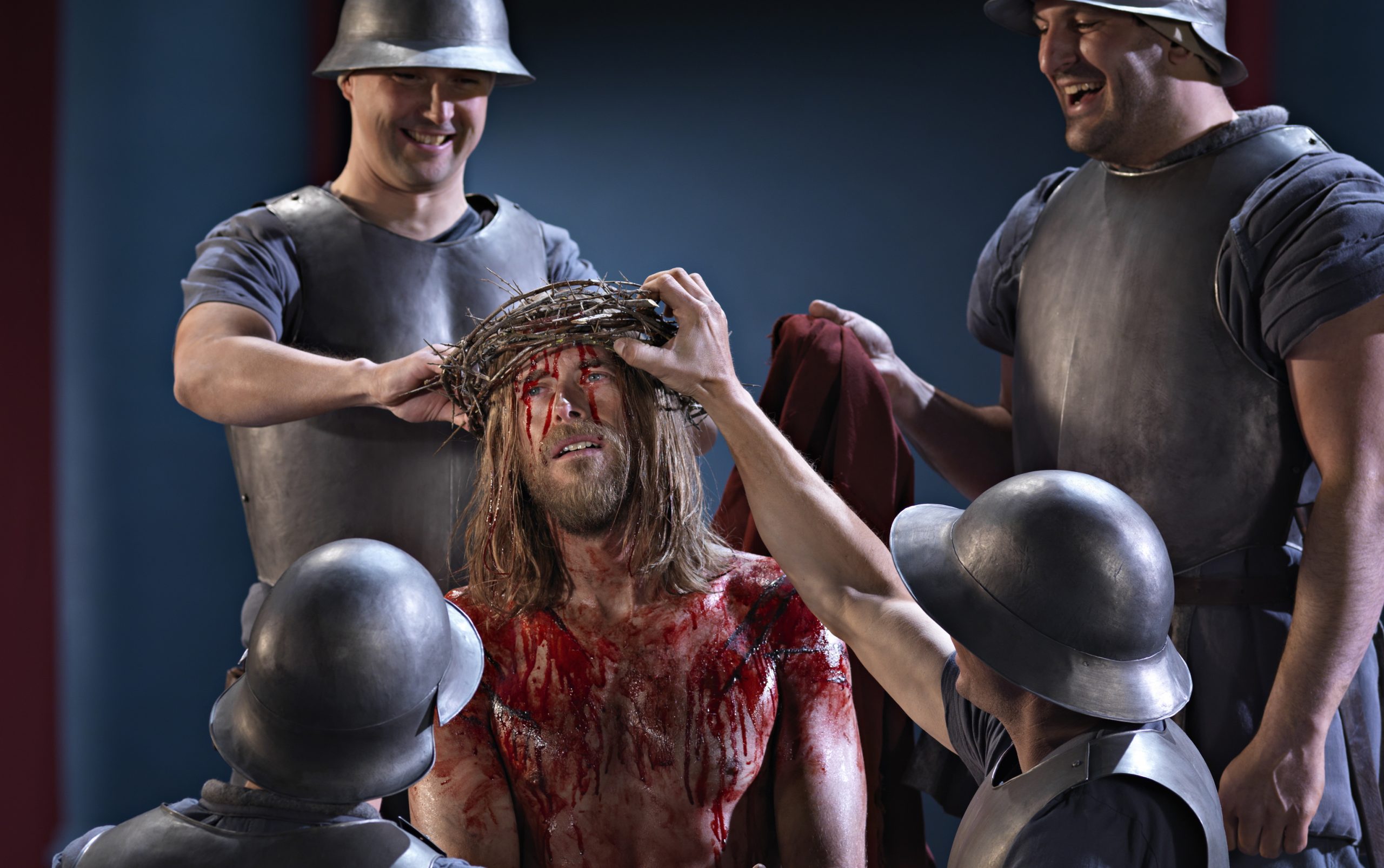 Churches were closed, but millions of ‘shut-ins’ are denied the  opportunity to see live performances of the ‘greatest story ever told’ in the open air this year

If governments hadn’t reacted to the coronavirus outbreak by forcing whole populations to “Stay (at) home”, backed up by hastily produced emergency powers, thousands in Europe and the UK could have seen live passion plays, a vivid portrayal of the Gospel.

Until UK life was abruptly shut down, ostensibly due to the coronavirus outbreak, Christians had been hoping to be able to perform the “greatest story ever told” in the open air because they see the Gospel as the key to bringing hope and healing to millions.

Ten towns across Britain were planning to put on Easter Passion Plays on Good Friday, while the centuries-old Oberammergau passion play had been on course to start in May in Bavaria.

Moreover, they would have been in the open air, and the NHS has said that sunlight kills viruses!

Yet while the Church of England and Baptist Union decided to suspend services from Sunday 22 March, Mothering Sunday, town councils had started refusing licences for large indoor gatherings, leading to pressure to cancel open air events.

As local authorities weighed up the threat to people’s health, Wintershall Estate, who put on the annual Trafalgar Square passion play, cancelled it.

There followed a nail-biting few days for the local volunteer producers of their One Good Friday regional passion plays. With months of preparation, countless hours of rehearsing and organising local performers, would the axe really have to fall on a local project that bonded churches and brought hope to a fearful public?

But the axe fell, with local authorities feeling they were not in a position to allow an open air event at which germs could spread.

Meanwhile in Germany, the organisers of Oberammergau’s 400 year-old passion play had been planning to carry on, albeit not very calmly due to the growing noises offstage.

The play has been performed every ten years since 1634, only postponing three times, in the case of war or a bad-tempered emperor.

Oberammergau’s villagers escaped the plague in 1634 as a result of a remarkable contract between God and man. In 1633, while bubonic plague swept Germany, the village’s elders did a deal with God. If the Lord would ensure that none of them died from the plague, they would mount a passion play every ten years for perpetuity. The first play was performed the following year, 1634, and nobody died from the plague.

Thus the villagers dedicated themselves to continuing the tradition, with roles passing down in families. Until 19 March, with rehearsals in full swing, no villager had contracted Covid-19, which had boded well for summer 2020, and Germany as a whole had seemed surprisingly unaffected by the virus sweeping the rest of Europe.

In March, though, uncertainty grew because the local authority of Garmisch Partenkirchen had banned gatherings of over 1,000. How would they deal with the usual 450,000 who flock to Oberammergau every ten years to witness the spectacle, that was scheduled to run from May to October? In time-honoured fashion, the local authority conducted a risk assessment. Where would we be if the parents of Jesus had conducted a risk assessment? The councillors concluded that there was a risk of re-infection later in the summer and were concerned for director Christian Stückl’s health.

On 19 March, the decision was taken. Christian Stückl made the announcement fighting back tears. The multi-million Euro production would be postponed until 2022.

British passion play producers had also recognised that the performance of Christ’s life, death and resurrection benefits a region’s physical and spiritual health.

Sarah Holloway, producer of One Good Friday for Horsham, said, “The passion play brings hope and unity to churches and a town. We’ve had ‘Prepare the way of the Lord’, from Isaiah 40, on our minds.”

While the local council had banned any social gatherings in line with government recommendations, she was encouraged that one newcomer was moved to tears when he saw a full dress rehearsal. “We really feel this isn’t the end,” she said. “God’s taking us on a journey, and we’re not losing heart.”

Sarah Holloway had actually added two scenes that were not in Wintershall’s standard script, but which she felt should be included. One was the brutal flogging of Jesus, which formed Horsham’s town posters, and represents the Bible verse, “By his stripes we have been healed.”

Yet by the end of March, the only likelihood of their hard work being seen was filmed extracts for the nation’s ‘shut-ins’ over Easter.

With no theatres and sports events, it was a huge missed opportunity for the story of Jesus’ passion, death and resurrection to be the only show in town.