ANDREA LEADSOM WAS ‘DISCRIMINATED AGAINST FOR BEING CHRISTIAN’ 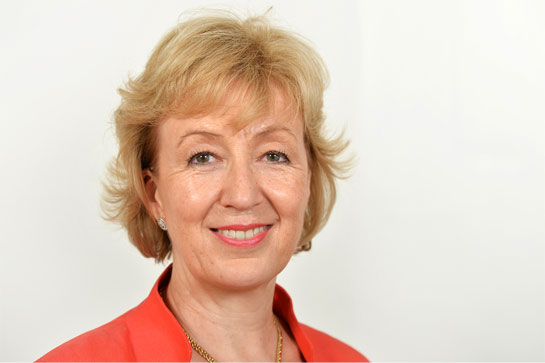 Former Prime Ministerial hopeful Andrea Leadsom endured a campaign of vilification for her Christian beliefs, according to Conservative sources.

A report sent to supporters of Barnabas Fund, which usually focuses on the plight of persecuted Christians worldwide, said: “It was being claimed that her (Mrs Leadsom’s) support for traditional marriage and family values, rather than wholeheartedly endorsing every aspect of the gay rights agenda, was morally wrong and that being a Christian in politics somehow made her suspect.”

It quotes Paul Goodman, editor of ConservativeHome, the UK’s main independent Conservative website, and himself a former MP and shadow minister, who observed:

“Scrutiny is one thing; prejudice is quite another. Iain Dale was right to suggest this in his column this morning that much of the media coverage of Leadsom’s campaign has been feral.  Support for same-sex marriage is a litmus test of social acceptability among the class that helps to shape our political culture, and there is a sense in some of the reporting of her reservations about it that her position is not merely wrong but somehow wicked.”

So concerned is Barnabas Fund about this case and the ‘increasing challenges’ facing Christians in the West, that it has called for a ‘national conversation’ about anti-Christian prejudice and bullying. An email update to supporters said:

“We have always spoken on behalf of converts from Islam in the West. However, since Barnabas Fund was founded 23 years ago we have witnessed an increasing intolerance of Christian belief and growing restrictions on what Christians can say in the public square. If we are to be free to speak out about both the persecution of Christians overseas and the causes of that persecution, which is our primary calling, then it is vital that we also address these issues in the West.”