The Archbishop of Canterbury failed to realise that Brexit was a spiritual issue and thus recommended remaining in the EU.

Nevertheless, in view of the miraculous general election result, he should be invited to lead a service to thank Almighty God for his grace in delivering this undeserving nation from the prospect of a Marxist government.

The Conservatives are committed to preventing a ‘one world government’ by leaving the EU as soon as possible.

I believe God was protecting us from the “mark of the beast” (Revelation 19:20) by getting us to vote for Brexit.

We must thank our precious Messiah Jesus for his undeserved mercy and favour on our unrepentant nation.

Thank you for Madeleine and Colin Windsor’s letter about the Canaan bookshop (Letters, Dec 2019/Jan 2020).

Many Christian bookshops have closed because some Christians now buy books online. This may be convenient and sometimes a bit cheaper – but think what we are losing.

I still miss browsing for books and magazines and looking for Christian gifts in my local Christian bookshop in Uxbridge. It had a coffee shop, too, but closed after being there for decades.

Surely for those who can afford it, it’s worth paying a little more to keep a Christian presence on our high streets?

The attack against Christian values which David Kurten says arises from Cultural Marxism (‘Brexit and beyond’, Dec 2019/ Jan 2020), actually comes from the human rights agenda – the individualism fostered by “godless values”, a phrase used by human rights professor Francesca Klug.

Furthermore, the Board of Deputies of British Jews has warned, “The term ‘cultural Marxist’ has a history as an anti-Semitic trope” (The Jewish Chronicle, 26 March 2019). The majority of the Frankfurt School, which Kurten deems the source of Cultural Marxism, were indeed Jewish: Horkheimer, Adorno, Marcuse, Pollock, Löwenthal, Fromm, Benjamin and the millionaire Felix Weil, who founded and funded the group. However, Italian Marxist Antonio Gramsci, one of the perceived founders of Cultural Marxism, was not in fact Jewish.

Many Methodists are desperately against same-sex marriage taking place in our churches, and Methodist Evangelicals Together (MET) are working to prevent it. Jesus himself affirmed that marriage is heterosexual, and his words are to be honoured.

The interpretation of Scripture in the Methodist report, ‘God in Love Unites Us’, is biased towards same-sex marriage. I have translated the texts referring to the homosexual act from the Hebrew and Greek in a booklet entitled ‘Bible Study and Concerns Regarding Same-Sex “Marriage” Taking Place on Methodist Premises’. The PDF version is available on the MET website under ‘Resources’. 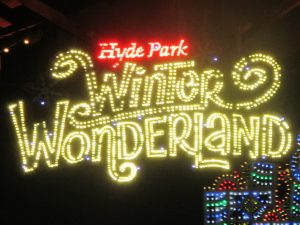 In our old age, my husband and I could get a criminal conviction for promoting the main point of our Christian religion. My husband, Roland Parsons, was threatened for displaying the words, ‘The blood of Jesus Christ’, on a banner at Speakers’ Corner on 10 November 2019. 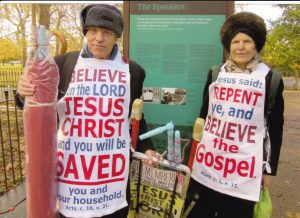 I accompany Roland in the ministry that God has given us, and must state that our banner itself was not tied to the park railings as claimed by the police in the newspapers. A string was tied from the side of the preaching stand to the railings to deter an attack on the preacher on the stand.

On the controversial subject of climate change, I would recommend the book ‘God Speaks Through Hurricanes: The Biblical Truth about the Weather, Global Warming and Natural Disasters’ by Daniel Harrison.

The book clarifies biblical thinking on the question, “Who controls the weather – God or man?” More books on this subject from Christians in the scientific community would be welcome.

The man who led 79 million to faith