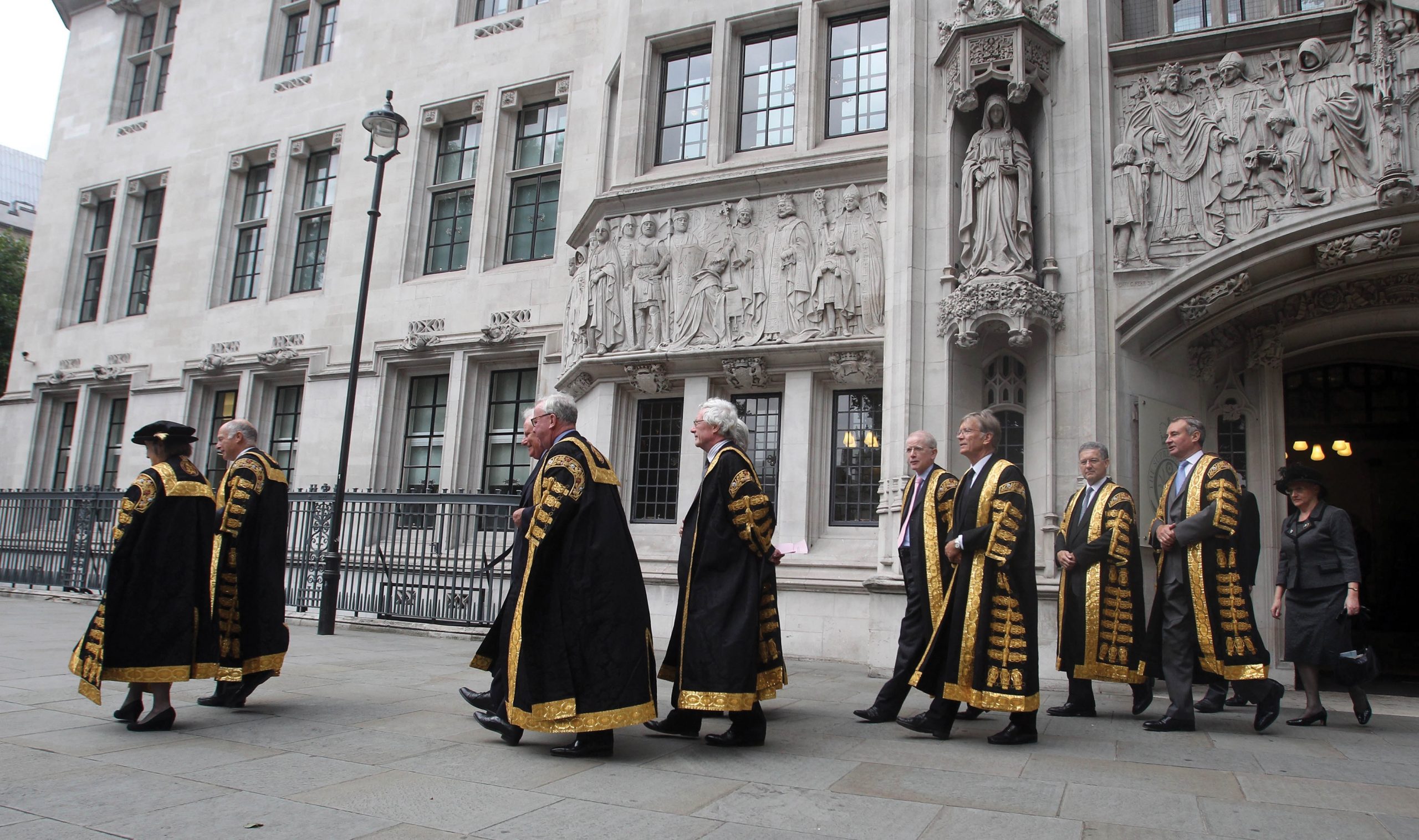 With the Supreme Court voting 8-3 for Parliament to have its say over Brexit, lawyer Philip Quenby explains how it reveals a system in crisis

How come 11 unelected men can now determine the fate of the nation? Because it is now judges, rather than Parliament in many cases, who are ruling over matters of national importance – including well-publicised cases of individual Christians who have expressed a biblically based opinion.

Legal challenges surrounding the Brexit vote have brought the role of the Supreme Court and the interplay of Parliament, law and constitution into sharp focus.

The Brexit case shows a system in crisis

Whatever we might think of the rights and wrongs of this particular court case, it highlights wider issues that deserve careful reflection. It shows a system in crisis – with Parliament failing to draft clear, sensible and workable laws, leaving unelected judges to make decisions that threaten our Judeo-Christian heritage.

As the BBC’s Clive Coleman said, Parliament “could have saved a lot of fuss” over the Brexit legal challenge.

Consider first the Supreme Court itself. In its present incarnation, this is a very recent creation. Until 2009 the highest court in the land comprised legally qualified members of the House of Lords.

Replacing them by a body wholly independent of Parliament did not just sound pleasingly modern. It was also thought to be a much neater application of the doctrine of separation of powers. (That is, the idea that the legislative, executive and legal parts of government should be exercised by distinct entities.)

And so the Supreme Court came into being, its name self-consciously evoking the United States’ equivalent. But Britain is not the United States. Having law lords sit in the upper house of Parliament was not simply a piece of whimsy, any more than having bishops there is. Law lords and bishops were represented so that the makers of laws could hear directly from those who would have to apply them in the most difficult circumstances and from those who would deal with their moral and social consequences, at the same time giving judges and churchmen a taste of the popular mood and a first-hand appreciation of the intentions which lay behind any given piece of legislation. These benefits are now all but lost.

This brings us to the second issue. In the course of hearing legal arguments over Brexit, Supreme Court judges expressed surprise that Parliament did not clearly say what weight should be given to the people’s decision when it passed a law enabling the referendum to take place.

Sadly, it has been a theme in recent years that Parliament has increasingly failed to live up to its responsibility to frame clear and workable laws. ‘Virtue signalling’ (taking a seemingly virtuous – or politically correct – position over an issue) by the governing party of the day has all too often led to laws that are unclear, with the courts being left to work out what Parliament intended. Worse still, some laws are now on the statute book which run counter to all the best (and previously well-settled) legal traditions of this nation.

As Brexit allows Parliament to reassert its sovereignty, it is vital that lawmakers at the same time recover a proper sense of caution and responsibility when framing legislation, working with the grain of our best legal traditions rather than against it. It is no excuse to blame time pressures or the shortcomings of civil servants. Our forefathers managed it – why shouldn’t we?

Where does that leave the judges? They have a pivotal role in ensuring that our society works as fairly as it possibly can, but they are not and should not become a substitute for Parliament doing its job properly. If that happens, we will no longer have democracy, but oligarchy.

Whilst judicial independence is an important part of our constitution, democratic accountability also matters. Supreme Court judges are appointed by a five-man Selection Commission, comprising the President of the Supreme Court plus judges, lawyers or functionaries to represent each of England, Scotland, Wales and Northern Ireland.

It may have been defensible for judicial appointments to have been made without outside scrutiny when the highest judges in the land sat in Parliament, but now this no longer happens, it is more difficult to make that case – and if judicial instincts collide with the will of the people (as has happened over Brexit), the issue is particularly fraught.

Which leads to the final point. Judges, rather than Parliament, have used their authority to squeeze Christianity out of public life.

In years past our laws and constitution have ultimately been steered by the star of Christian morality and a biblical world view. Recently that has changed. In 2010 and 2011, with no sanction from Parliament for doing so and despite a huge weight of legal precedent to the contrary, courts for the first time asserted that there is no longer any place for Christianity in English law.1

Lord Justice Munby, responsible for one of these decisions, elsewhere summarised his thinking like this: “We live in a society, which on many of the medical, social and religious topics that the courts recently have to grapple with, no longer speaks with one voice. These are topics on which men and women of different faiths or no faith at all hold starkly different views. All of these views are entitled to the greatest respect, but it is not for a judge to choose between them. … We live in this country in a democratic and pluralist society in a secular state, not a theocracy, in which judges have long since abandoned their pretensions to be the guardians of public morality.”

That judicial statement, of course, sidesteps the elephant in the room, which is that judges often make ethical and moral determinations, and if Christian ethics do not guide them in doing so, another world view (secular humanist or otherwise) will fill the gap. We see this all the time in the way the courts decide the meaning of legislation. They do this by looking at the underlying intention of Parliament, and would be at liberty to conclude that Parliament cannot have intended absurdity or injustice.

Yet time and again in the recent past we have seen judges make decisions which are absurd or unjust – using laws aimed at extremism to bear down on harmless Christian activity, for example, whilst failing to be equally rigorous in dealing with other religions. Ultimately, this is down to the failings of Parliament, which has put judges in the position of making moral determinations which should by rights be made by elected representatives.

What is emerging as a result is an entirely new relationship between Christianity and English law – an approach which (itself arguably unconstitutional) undermines the law’s traditional moral and philosophical underpinnings. When the Christian foundations of our law are removed, what is left is at the mercy of expediency and the utilitarian. We scarcely need the example of Nazi Germany to know where this might lead.

We need to be very much more vigilant about what is done with our laws and our constitution. They are based on sound principles which have served us well through the ages, and these we tinker with at our peril.

Philip Quenby is a writer and film-maker after a previous career as a partner in an international law firm. His book Redeeming a Nation looks at how God has worked in English history over the centuries. His five-part documentary, Magna Carta Unlocked, (available from magnacartaunlocked.com) examines how and why modern civil liberties grew on the back of a failed peace treaty – and what part the Bible played in that process