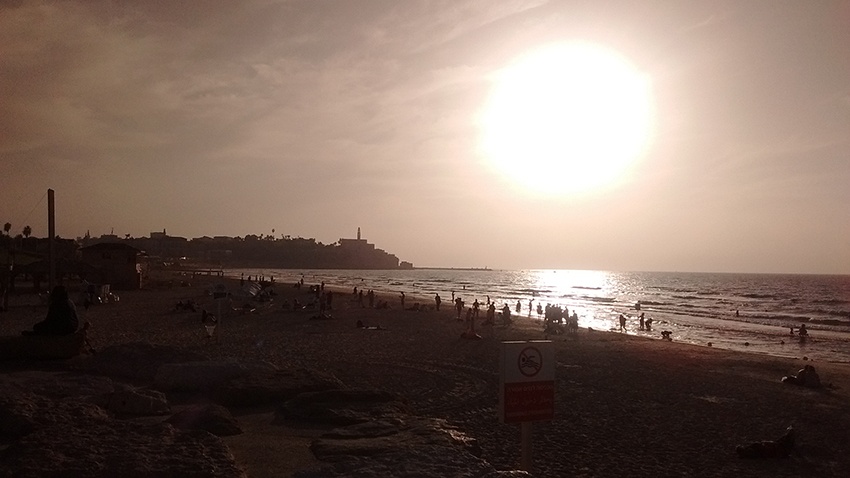 Amidst the chaos and uncertainty of Britain’s Brexit prospects, doom and gloom merchants assembled in Poland for a Global Warming summit which predictably painted an apocalyptic picture of a world choking to death on carbon emissions.

Indeed, Sir David Attenborough predicts the collapse of civilization if suitable action is not taken.1

Admittedly it has been a touch warmer than usual for the time of year, no doubt aided by the amount of hot air generated from the 200 nations represented at the symposium, but the heat that should really concern us is the fire of God’s judgment soon likely to be unleashed on our planet.

I like the poster I saw outside our local parish church not so long ago: ‘Global warning – the Son of God is coming’. And prophecies of end-time chaos as a prelude to Christ’s Second Coming abound in the Scriptures.

I mentioned a significant one recently, indicating signs of a 2,600-year-old prophecy of Ezekiel being fulfilled with the Dead Sea coming to life as fresh water and fish flow back into an area choked with salt for thousands of years.

Jesus too, a fulfilment himself of hundreds of Old Testament scriptures pointing to the coming Messiah, outlined a number of specific signs he said would indicate the imminence of his return.

And one of those would indeed be climatic chaos! Listen to what Jesus describes, especially bearing in mind the frightening tsunamis we have seen in recent years: “There will be signs in the sun, moon and stars. On the earth, nations will be in anguish and perplexity at the roaring and tossing of the sea. People will faint from terror, apprehensive of what is coming on the world, for the heavenly bodies will be shaken. At that time, they will see the Son of Man coming in a cloud with power and great glory.” (Luke 21.25-27)

In addition, war, famine and earthquakes would occur with increasing severity, as with labour pains for a pregnant woman (Matthew 24.7f).

But this would not be primarily due to mismanagement of the earth, though it is no doubt partly to blame as, out of our selfishness, we do not take care of our God-given environment as we should.
No, it is chiefly a wake-up call to flag up inevitable judgment on a wicked world along with the Second Coming of our Saviour, Jesus.

The earth is experiencing the pains of childbirth (see also Romans 8.22) that will ultimately usher in the rule of Christ.

Yes, the Bible is clear that he is coming back to reign from Jerusalem for a thousand years of perfect peace. But his coming will be preceded by terrible times of violence, immorality and rebellion against the Creator. Jesus will finally place his feet on the Mt of Olives overlooking Jerusalem (Zech 14.4) and put an end to war. Those who love him will welcome him with great joy, but those who have rejected him will mourn over what they have done to him (Matthew 24.30).

Ezekiel also predicted a terrible war in the last days that would see a group of nations coming against Israel, but great numbers would perish in the conflict as God ‘sends fire’ on the aggressors (Ezek 39.6).

Fifty years ago an elderly woman in Norway shared a frightening vision of the time leading up to Christ’s coming and the onset of a ‘Third World War’ that would be ended, she said, with a ‘nuclear atom bomb’.

In view of the fact that much of her vision has come true – a long peace between the super powers, a falling away from the Christian faith, a huge increase in violence and immorality and unprecedented immigration to Europe – it should at least be taken seriously.

Meanwhile a new book, ‘Floodgates’ by David Parsons (Whitaker House), supports the biblical premise that while God’s judgment of flood on the ancient world at the time of Noah will not be repeated, judgment on the modern age is just as inevitable – except that it will be by fire, not water.

The Apostle Peter predicted that in the last days there would be much scoffing about such talk (of the Second Coming) by godless people suggesting life would continue as it always has done. “But they deliberately forget,”he writes, “that long ago by God’s word the heavens came into being and the earth was formed out of water and by water. By these waters also the world of that time was deluged and destroyed. By the same word the present heavens and earth are reserved for fire, being kept for the day of judgment and destruction of the ungodly.” (2 Peter 3.5-7)

In fact, if there is any delay in his coming, it is because he doesn’t want anyone to perish. “But the day of the Lord will come like a thief. The heavens will disappear with a roar; the elements will be destroyed by fire, and the earth…will be laid bare.” (2 Peter 3.10)

One person who has already experienced apocalyptic horror of this kind is Kim Phuc Phan Thi, the nine-year-old girl pictured running in terror from the effects of a napalm bomb during the Vietnam War – a photo that shocked the world. Though scarred for life, she found peace after committing her life to Christ on Christmas Eve 1982.

“The pastor spoke of how Christmas is not about the gifts we give to each other, so much as it is about one gift in particular: the gift of Jesus Christ…How desperately I needed peace. How ready I was for love and joy. I had so much hatred in my heart – so much bitterness…My faith in Jesus has enabled me to forgive those who have hurt and scarred me.” 2

Hers is a true peace following a particularly bloody war. And you too can experience such transformation through Jesus, who loved you so much that he died in your place to give you eternal life!