It’s time to recognise the satanic conspiracy behind anti-Semitism

Preachers of the unchanging Gospel truth are sadly peddling lies about those through whom their Saviour came.

It is surely one of Satan’s best tactics in attempting to forestall the return of Jesus, who will not come back before his own people recognise him as Messiah (Matthew 23:39).

But much of what comes from church leadership only confirms most Jews’ understandable impression that anti-Semitism stems from Jesus’s followers.

In the run-up to Christmas, church leaders in Jerusalem put out a statement pointedly accusing Israelis of not doing enough to prevent the desecration of churches by “radical groups” and suggesting that this was the cause of the mass exodus of Christians from the Holy Land.

Justin Welby, the Archbishop of Canterbury, in a Sunday Times article1 jointly authored with Palestinian Anglican bishop Hosam Naoum, seemed to back up this assertion – the implication being that Israelis are driving the Christians out.

But global Christian charity Open Doors has laid the blame for the steep decline of Christians squarely on “Islamic extremist militants” in the Palestinian Authority-administered West Bank. Thanks to them, Christians live in fear of violent attacks.2

Unfortunately, precious little of this is reported in the main- stream media, presumably be- cause it is not connected to Israel – the woke world’s perennial whipping boy.

In Cape Town, South Africa, meanwhile, a raging fire swept through its beautiful parliament buildings – just a stone’s throw from where the nation had just been mourning the passing of former Archbishop Desmond Tutu, one of its greatest sons.

Now, I have no hesitation in acknowledging his immense contribution to the downfall of apartheid, and to the reconciliation that followed, enabling a new South Africa to emerge with- out the anticipated bloodshed.

But he also touched the “apple of God’s eye” (Zechariah 2:8) by preaching against the Jewish state. As fellow South African Stan Goodenough put it, he “wholly embraced the false Palestinian narrative while rejecting the biblical, historical and legal Jewish narrative that gives the lie to his protestations”.3/sup>

And by the way, he was also an ardent champion of gay rights, and has been quoted as saying: “If God, as they say, is homophobic, I wouldn’t worship that God.”4

Which surely begs the question of which god he did worship? I am reminded of the raging fire that swept through York Minster in 1984 (caused by a lightning strike) following the consecration of a bishop who did not believe in the resurrection.

It really does matter whom you worship. Those who touch (as in ‘poke their finger’ and injure) the most sensitive part of God’s affections (ie the Jewish people) will be severely dealt with, either in this life or the next. (Genesis 12:3, Joel 3:2)

It’s time we started blessing God’s chosen people, and the best way of doing so is by sharing the Gospel with them (see Romans 1:16).

But we need to practise what we preach. For as 19th century Old Testament scholar Franz Delitzsch put it: “The Church still owes the Jews the actual proof of Christianity’s truth. Is it surprising that the Jewish people are such an insensitive and barren field for the Gospel? The Church itself has drenched it in blood and then heaped stones on it.”5

Meanwhile, the outrageous ‘blood libel’ accusing Jews of sacrificing Christian children for their feasts – shamefully birthed in twelfth century England – still persists throughout the Muslim world, and is responsible for much of the current anti-Semitism.

In England, fortunately, a revival of biblical truth led to the rediscovery of God’s eternal plan for his ancient people. Thus when the so-called Damascus Affair came to light in 1840, British evangelicals weighed in to rescue those imprisoned for the alleged sacrifice of a Christian monk and his Muslim servant who had mysteriously disappeared.

The only evidence for their involvement came through ‘confessions’ extracted by torture.6 But the damage was done, and the cancer of anti-Semitism has since mutated into many forms, such as accusing Israel of stealing Arab land and of practising apartheid.

But why, I was asked the other day, has anti-Semitism become so prevalent among the Labour left when this form of racism was previously associated with the right? At the end of the day, it’s an anti-God thing.

The British Labour Party was founded on Judeo-Christian principles, but now embraces militant atheism among its ranks where virulent anti-Israel sentiments are regularly displayed.

Socialism without God is disastrous – just think of Marx, Lenin, Stalin and Mao. And the God of Israel becomes the enemy. Whose side are we on?

After 30 years of contributing to BBC programming, Rabbi YY Rubinstein has resigned over what he called “inexcusable” anti-Semitism.

In a letter addressed to a BBC staffer, the rabbi wrote: “The current crisis over anti-Semi- tism at the Corporation and its attempts to turn the victims of the recent anti-Semitic attack on Jewish children in London [into] the perpetrators, was and is inexcusable. The obfuscation and denial that followed was and is utterly damning.”

This comes in the wake of news that the BBC is only just behind Hamas and Iran on a global Jewish group’s ‘list of shame’. Rabbi Marvin Hier, head of the Simon Wiesenthal Centre, explained that it was because the BBC was “guilty of several incidences of anti-Semitism during the past year,” adding that “when a globally recognised organisation allows anti-Semitism to creep into its reporting, it makes it all the more insidious and dangerous.” Meanwhile the Community Security Trust, which monitors anti-Jewish incidents in the UK, anticipates that 2021 will turn out to be the worst year of anti-Semitism on record.

Israeli Foreign Minister Yair Lapid has caused a sensation with a claim to have come from the family line of Jesus, among other great Jews of history.

Of course, Jesus was Jewish, but for an Israeli Jew in such a prominent role to make the connection is unheard of. He also recently appointed his Messianic Jewish sister-in-law Ilil Keren to a top post, from which she subsequently resigned amidst a storm of protest. But clearly something remarkable is happening – a cage of unbelief is being rattled!

The Israeli minister has also said that one of his country’s biggest challenges in 2022 will be in defending charges of being an ‘apartheid’ state. “There will be debate that is unprecedented in its venom and in its radioactivity around [this theme],” he told reporters.

Further to my main feature calling out church leaders blaming Jews for the exodus of Christians from the Holy Land, it has been pointed out that the 2016 killing of a gorilla in Cincinnati received six times more media coverage than the beheading by Isis of 21 Coptic Egyptian Christians who refused to recant their faith.

This is just one example of the woeful paucity of reporting on rampant Muslim persecution of Christians around the world.

In Nigeria, for example, 32,000 Christians were butchered to death by the country’s main jihadists over the course of the decade just ended. Raymond Ibrahim, author of a Gatestone Institute series entitled Muslim Persecution of Christians, says: “The phenomenon of Muslim persecution of Christians is real: it’s unwavering, constant and systemic, and it conforms to sharia-approved patterns — meaning its root source is Islam.”

The Israeli army’s most senior Aramean Christian officer has spoken of his pride in serving his country alongside Jewish soldiers.

Lt Col Ihab Shlayan said he began encouraging greater integration of the Christian com- munity with Israeli society a decade ago, adding: “As a minority of Christians in Israel in general and those serving in the IDF (Israel Defence Force) in particular, we see ourselves as leading the way in the defence of the Holy Land together with our Jewish brothers. For us, too, we have no other country.”

The Italian government is investigating newly-published documents which seem to indicate they cut a deal with the PLO not to interfere with terror attacks against Jewish targets.

The documents, exposed by an Italian newspaper, relate to a 1982 attack on the Great Synagogue of Rome when three Palestinian terrorists opened fire and threw grenades at Jewish parents picking up their children. 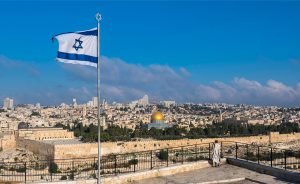 A staggering 93% of Arab residents in Jerusalem would prefer to remain under Israeli rather than Palestinian rule, a new poll has found. None of those polled are Israeli citizens, but they can request such, and do carry an ID card allowing freedom of movement within Israel proper.

The election of Gabriel Boric, a far-left politician hostile to Israel, as Chile’s new president could spark debate about the future of the Jewish community there. 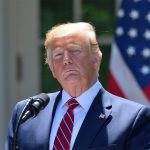 A leading Messianic Jew has warned Donald Trump that he would not win the next US presidential election if he put evangelicals in the position of having to choose between him and the Bible land. Mike Evans was responding to comments made by the former president which appeared to blame Israel, and not the Palestinians, for failure to make peace.

MOROCCO AND LIBYA WARMING UP TOWARDS ISRAEL

Following Israeli moves towards closer co-operation with Morocco, a Libyan warlord is reported to have offered to normalise relations with the Jewish state in exchange for diplomatic and military support.

Facebook has removed a video posted by the Im Tirtzu Zionist movement that traces the history of Jerusalem and the Holy Land from biblical times to the present, noting that the concept of a Palestinian nation only came about in recent years.

The two-minute film is currently available only in Hebrew. “It is sad that simple historical truths are being labelled as ‘hate speech’ by Facebook,” a spokesman for Im Tirtzu said.