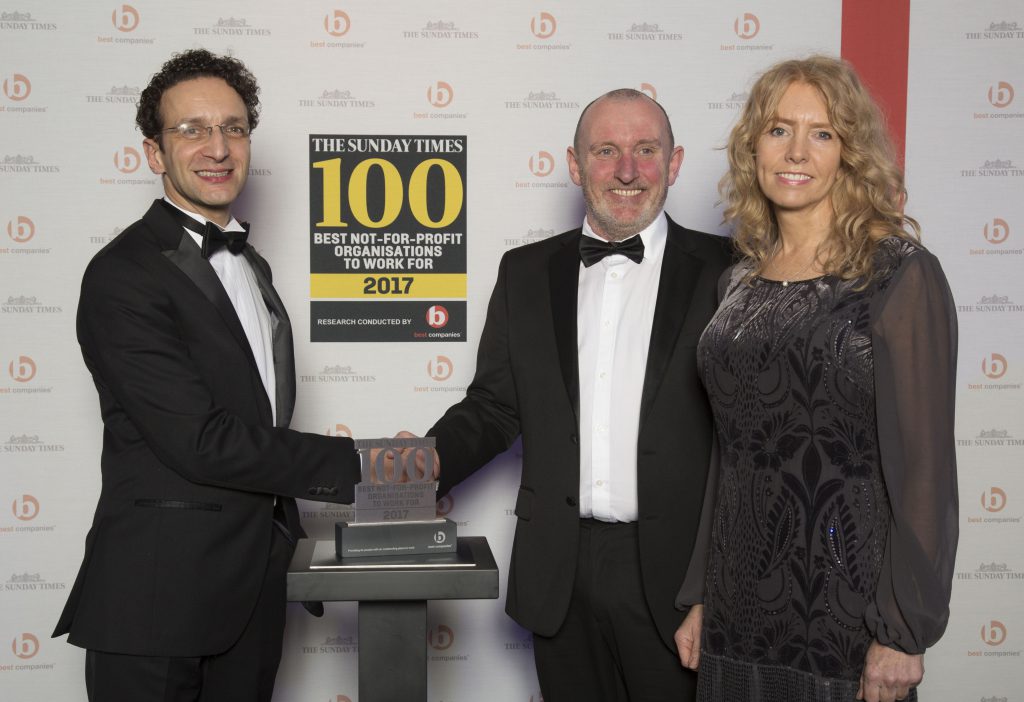 The Message’s Andy and Michele Hawthorne receive their award from Nick Rodrigues, editor of The Sunday Times
Credit: The Message

A Christian youth charity has been recognised in the Sunday Times’ annual Best Companies Survey.

At the awards in London, The Message’s CEO Andy Hawthorne won Best Leader and the charity was named the second best Not-for-profit Organisation to work for.

The Manchester-based charity works in schools, prisons and on tough estates across the nation.