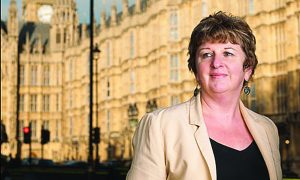 A politician not known for being a supporter of Israel has thanked a constituent for drawing her attention to the abuse of children and civilians by terror group Hamas as part of a campaign by the Israel-Britain Alliance.

Referring to rocket attacks from Gaza, Labour MP and former junior minister Karen Buck said she had always unequivocally condemned these as war crimes and fully accepts Israel’s right to self-defence while also regarding as fake a video claiming to depict the abuse of Palestinian children by Israeli soldiers.

Peace in the valley