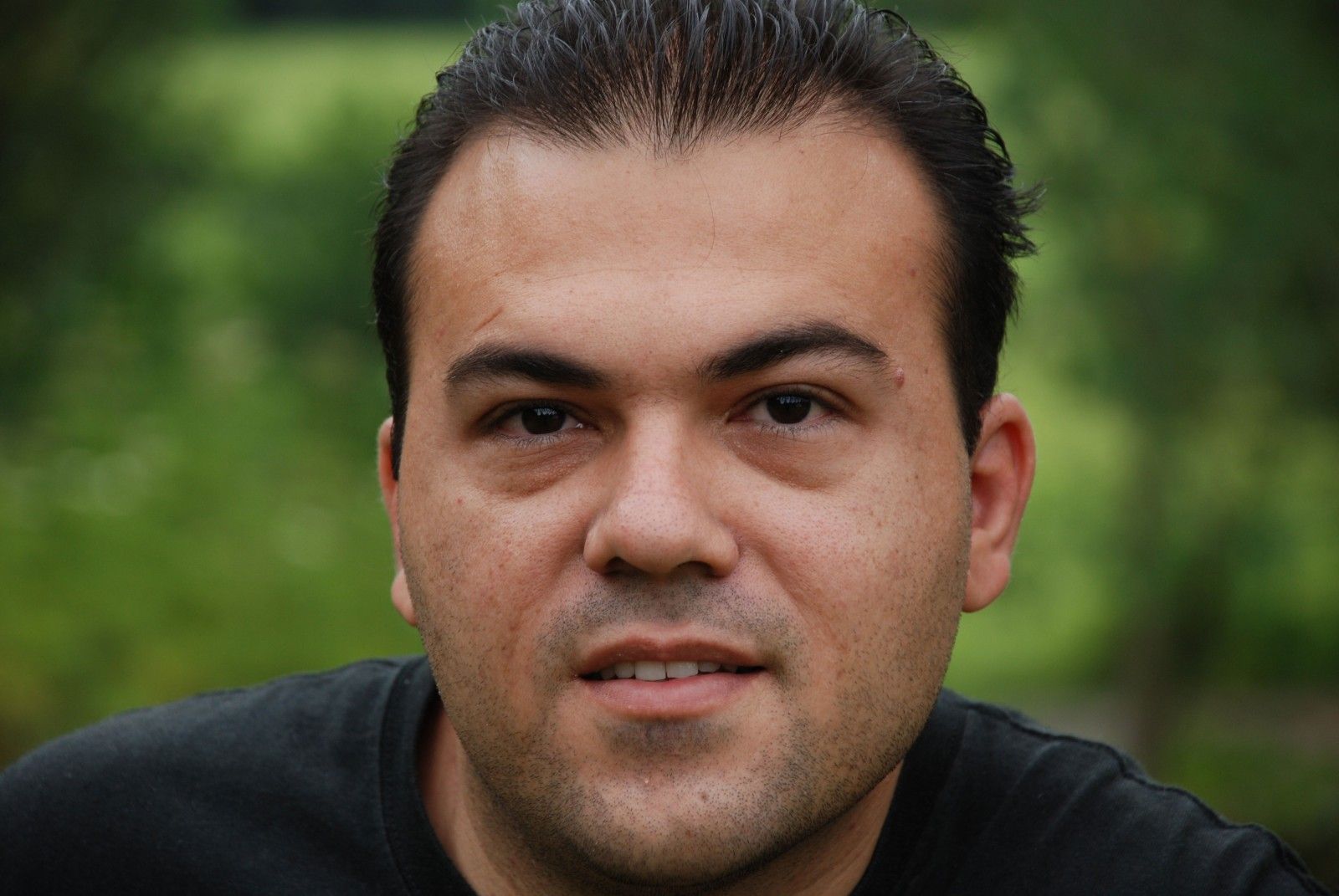 BILLY GRAHAM HAS WRITTEN TO THE IRANIAN PRESIDENT TO PLEAD PERSONALLY FOR A JAILED PASTOR. Even President Obama raised the US citizen’s plight with President Rouhani.

Incarcerated in Tehran’s notorious Evin jail, Pastor Saeed Abedini, 33, an Iranian-born Christian convert, but now a US citizen, has suffered beatings for his Christian faith.

Billy Graham has asked the President Rouhani to release the “husband, father and servant of God” who was in Iran to build an orphanage when police dragged him off a bus and charged him with “proselytising”.

The grim one-year anniversary of the Iranian-born Christian convert’s arrest coincided with the Iranian President’s visit to the United Nations, portrayed by the BBC as a ‘charm offensive’.

Thousands attended prayer vigils in more than 70 US cities and around the world for Pastor Saeed on 26 September.  Saeed’s arrest has prompted one of the largest letter writing campaigns in history, with 80,000 letters being sent to Iran via the American Centre for Law and Justice, a Christian campaign organisation, which has also amassed 618,000 petition signatures.

And although 94 now, Billy Graham took the trouble to write an open letter to the Iranian President, appealing to him to release the father of two on humanitarian grounds.

Saeed’s wife of nine years was also able to give a letter from her husband directly to President Rouhani’s entourage at the United Nations.

But although it was announced that Iran would release 80 prisoners of conscience as their President departed for his appearance at the UN, the charm did not extend to releasing Pastor Saeed or other Christians jailed for “apostasy” – converting from Islam to Christianity.

Conditions for Pastor Saeed in Tehran’s notorious Evin prison are grim; he was denied medical treatment although suffering internal bleeding from beatings; after months of ill-treatment he finally saw a doctor this summer and was given medication but was still suffering severe pain.  This is known because his family in Iran has been allowed to visit him, although visiting rights have been threatened.

“On September 26, the one-year anniversary of Pastor Abedini’s imprisonment, thousands will attend prayer vigils in more than 70 US cities, calling on your country to release this husband, father and servant of God. I join them by respectfully asking you to release Pastor Saeed Abedini from prison. Such an action would, I believe, have a positive impact in our nation, and might well be perceived by our leadership as a significant step in reducing tensions.” – Billy Graham

While President Obama sought to address President Rouhani about Iran’s nuclear status, a persistent regional threat to Israel, he also brought up Pastor Saeed’s plight, as did star US reporter Christiane Amanpour in a TV interview with the Iranian president.

President Rouhani indicated that the matter was out of his hands as it was a matter ofr his country’s legal system and referred to Iranians being held in US prisons.

There are reports that three more Christians were just recently arrested without charge in Iran. Reportedly, they have been beaten, one to the point of being hospitalised. Another was recently convicted and sentenced to ten years in prison (by the same notorious judge who convicted and sentenced Saeed) for, among other things, membership of an “anti-security organisation,” ie a Christian church.

Court documents obtained by an Iranian Christian media source show that he had previously been found guilty of “apostasy” (converting to Christianity). Saeed’s eight-year sentence is for “planting house churches that are intended to undermine national security”, which dates back to the early 2000s.

Family and politicians also pressed President Rouhani for the release of former US Marine Amir Hekmati, who has been imprisoned in Iran for two years.

On 30 September another American minister travelled to Turkey and is requesting permission to travel to Iran to appeal directly for the release of Pastor Saeed.  In another open letter he has pointed out that Saeed, who had stayed at home to care for his children, was missing their growing up.

Recently Saeed was able to write a letter to his daughter for her birthday.  When asked what she would like as a present, she replied, “Daddy”.

Wedding anniversary letter to my husband in prison

On the couple’s ninth wedding anniversary recently, Saeed’s wife Naghmeh wrote to her husband; she also posted a message to him on the Pray for Pastor Saeed Facebook page:

“Happy ninth year wedding anniversary to my love Saeed Abedini. Saeed, I want you to know, I will continue to fight to get you out of Iranian prison no matter how many more planes I have to get on, no matter how exhausted I feel sometimes, and no matter how hard it is to see your pictures and videos with tears held back as I tell your story over and over again.

“As you sit alone in the notorious Evin prison, persecuted for your love for Jesus, I know that every day counts and you have already been there long enough… 277 days!

“Sometimes I feel discouraged. I look to all of the travels, all of the efforts, all of the petitions…and yet you still sit in Evin prison. But it is during these times of discouragement that I look to Jesus and he continues to tell me to wait. That he has got this. That he will release you at the appointed time and all of this is to show the world how real he is and to wake the Church up.

“So I get up again with my eyes fixed on Jesus, the author and perfecter of my faith.”

“Therefore we also, since we are surrounded by so great a cloud of witnesses, let us lay aside every weight, and the sin which so easily ensnares us, and let us run with endurance the race that is set before us, looking unto Jesus, the author and finisher of our faith, who for the joy that was set before him endured the cross, despising the shame, and has sat down at the right hand of the throne of God. For consider him who endured such hostility from sinners against himself, lest you become weary and discouraged in your souls.”

Letter from Billy Grahan to the Iranian President

I have been watching with great concern about the case of Pastor Saeed Abedini, an American citizen who is currently a prisoner in your country. He was in Iran working to build an orphanage when he was arrested and later sentenced to eight years in prison. His situation has been receiving an increasingly high level of attention in the United States. Unfortunately this publicity has been entirely negative for Iran, with the belief that the primary reason for Pastor Abedini’s imprisonment was because of his Christian faith.

As you may know, as a religious leader I have often spoken (both publicly and also privately with our national leadership) about the need for greater understanding and peace among the nations of the world. As you come to the United States this week for the UN General Assembly in New York, it is my sincere hope that ways may be found to reduce the current tensions between the United States and the Islamic Republic of Iran.
The announcement on Monday that your country has freed 80 political prisoners is very encouraging. I fear, however, that the current publicity surrounding the continued imprisonment of Pastor Abedini, an American citizen, may further harm the already fragile relationship that presently exists between our two nations.

On September 26, the one-year anniversary of Pastor Abedini’s imprisonment, thousands will attend prayer vigils in more than 70 US cities, calling on your country to release this husband, father and servant of God. I join them by respectfully asking you to release Pastor Saeed Abedini from prison. Such an action would, I believe, have a positive impact in our nation, and might well be perceived by our leadership as a significant step in reducing tensions.

Saeed is only one of thousands

Christians are living under threat in Muslim and totalitarian countries throughout the world.

Whether Pakistan, Syria, Somalia or North Korea, Christians are living in fear because their friends and family are being murdered for nothing more than belonging to another faith.  Their cry is, “Does the Western Church care?”